Trump comment on 'blowing up' Nile Dam angers Ethiopia and lifts the lid on a 2,600-year old, Old Testament prophecy from the pages of Isaiah which until recently had remained a mystery for centuries. 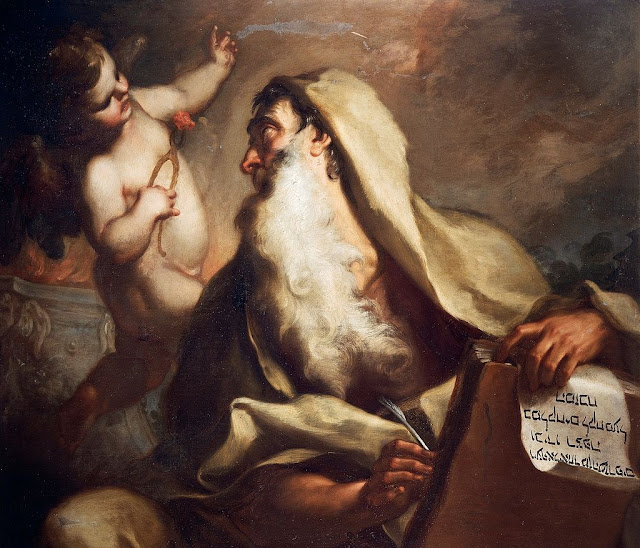 Painting of Isaiah by Antonio Balestra

If you thought 2020 couldn't get any stranger, well, think again. In a remarkable speech, yesterday during a ceremony marking "a peace deal between Israel and Sudan," remarkable in itself, President Trump lifted a 2,600-year old, Old Testament prophecy right from the pages of Isaiah and dropping it into the laps of the world press.

Mr Trump went on to say regarding the massive GERD dam in Ethiopia, the project has created a “very dangerous situation,”, because one of the country’s downstream neighbours, Egypt, which relies on the Nile and its tributaries for most of its irrigation and drinking water, “is not going to be able to live that way.” Suggesting the massive dam will cut off the Nile's life-giving water supply to Egypt.

The president’s comments came during a ceremony marking a peace deal between Israel and Sudan, which ironically is also downstream from Ethiopia's dam. “They’ll end up blowing up the dam,” Trump said of Egypt. “And I said it and I say it loud and clear – they’ll blow up the dam. And they have to do something.”

Almost 86% of the water reaching Egypt originates from Ethiopia. This can rise to almost 95% in the rainy seasons. Despite Ethiopia’s massive contribution to the Nile River flow, its use of the water from the river system is almost nothing. It also still rankles that Egypt opposed external funding being sought which thwarted Ethiopia’s past attempts to develop water storage facilities and use the Blue Nile water for hydropower generation and irrigation
The last 10 years have also seen significant economic and political changes in the Blue Nile basin. These have included the birth of a new state (South Sudan), the Arab Spring in Egypt, and impressive economic growth in Ethiopia with large-scale foreign investments in agriculture. Taking advantage of this changing environment, Ethiopia officially launched its long-planned and its largest-ever engineering project, in April 2011. This dam, with a budget of $4.8 billion and an installed capacity of 6,450 megawatts, is situated about 15km from the Sudanese border. The project will create a reservoir with a volume of more than 74 billion cubic metres according to Quartz Africa.
Religion
Home Page

Foreign investments in Ethiopian agriculture & most of Africa's fertile land, who could that be? Hint, the country of 1.5 billion people to feed.