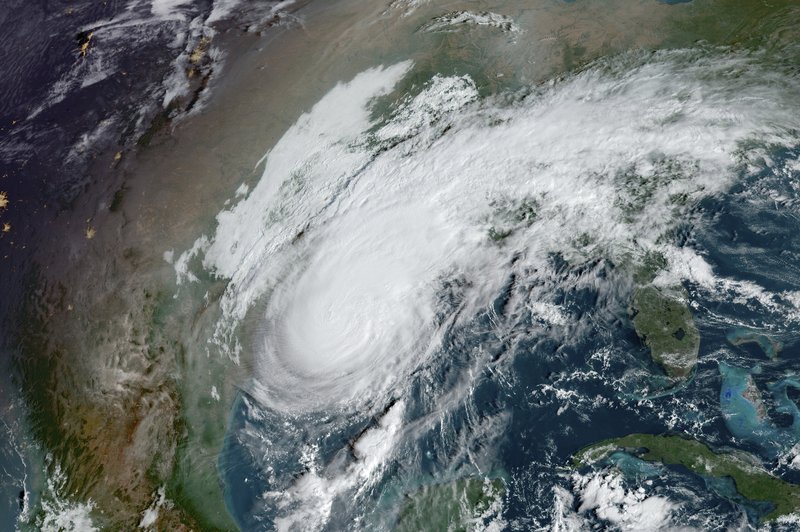 Hurricane Delta has made landfall as a category 2 storm in southwestern Louisiana, bringing with it winds of up to 100mph. The centre of the storm hit land at 6pm Friday near Creole, blowing ashore in an area still suffering from the death and destruction caused by Hurricane Laura six weeks ago. Piles of wreckage could go flying and many homes remain unrepaired, with only blue tarps on rooftops to withstand the fury of yet another hurricane.

Delta is the 10th named storm to hit the continental United States this year, breaking a century-old record. The storm arrived after hitting north-eastern Mexico on Wednesday. The coasts of Louisiana and Texas were already feeling its effects in the morning and by the afternoon, the US National Hurricane Center (NHC) said water levels were increasing along the Louisiana coast as Delta's centre moved closer.

Nearly 10,000 people were in shelters. The storm was forecast to move on to Mississippi on Saturday before reaching Tennessee on Sunday. As well as hurricane-force winds, the NHC warned of a "life-threatening" storm surge of up to 11ft from High Island, Texas, to Ocean Springs, Mississippi, and up to 15in of rain. Heavy rainfall could lead to "significant" flash flooding in parts of Louisiana on Friday and Saturday, it said.

Tornadoes were also possible on Friday in Louisiana and Mississippi. On Friday afternoon, Delta's intensity reduced from 120mph earlier in the day to 110mph and was expected to weaken before making landfall. Andy Latto, a hurricane specialist at the NHC, warned the wind was expected to inflict "extensive damage" on the coast, as well as a "very large" storm surge. Between 5in and 10in of rain was forecast for south-western and central parts of the state, while 3in-6in were expected in extreme eastern Texas, northern Louisiana, southern Arkansas and western Mississippi.

A state of emergency was in place in Louisiana and Mississippi. In an unprecedented Atlantic hurricane season, in which Delta is the 25th named storm, this is the sixth time Louisiana has faced the threat of tropical storms or hurricanes. On 27 August, Hurricane Laura caused devastation across the south-west of the state, killing more than 30. Residents prepared for Delta with sandbags and by boarding up windows.

Mandatory evacuation orders were in place in areas including parishes in Lake Charles. West Calcasieu Cameron Hospital in Sulphur started evacuating patients on Thursday, "out of an abundance of caution". Louisiana's governor, John Bel Edwards, told residents on Thursday: "To the people of south-west Louisiana, I know you are strong. I also know you're about to be tested again. Please finish making preparations now. We will get through this."

On Friday morning, he said: "Whether you evacuated or are at home, stay off the roads and listen to the advice of local officials. Be smart and be safe today." "People of Lake Charles and in Cameron parish have already suffered enough, and then here comes this one," Desi Milligan, the owner of an RV park in Cameron that was damaged by Laura, told AP. As he stocked up on groceries in Abbeville, Tony Russo said: "I don't know really any different ... 2020 has been a hell of a year."

There was gridlock for miles on the streets and interstates in south-west Louisiana on Thursday as residents tried to evacuate. More than 100 dogs were evacuated from Louisiana in preparation for the hurricane and flown to San Diego, California. Scientists say the unusually busy hurricane season is being powered in part by climate change - which is making storms more powerful by increasing heat in the ocean and moisture in the atmosphere and making rapid intensification more common. Huge piles of debris on the streets of Lake Charles could be thrown around by Delta. Thousands of buildings are protected only by blue tarpaulins, placed over roofs damaged by Laura.