What's up with the birds? Turtle Doves and Pidgeons dying along the Roman coast; 1,500 birds flew into some of Philly’s tallest skyscrapers one-day last week: Thousands of migrotory birds not showing up in Australia and maybe millions more dead in US and Russia 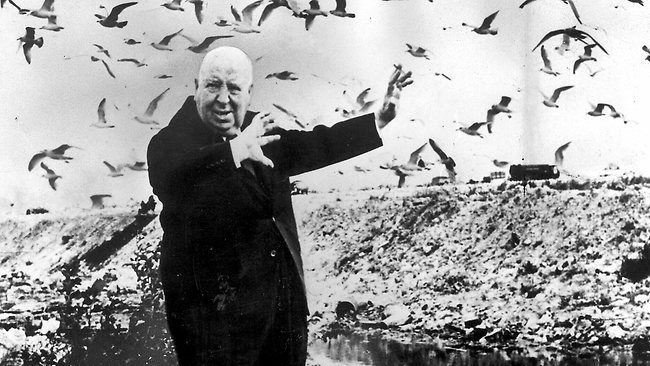 In recent days The Big Wobble has been reporting the deaths of maybe millions of birds from migratory shorebird colony failing to arrive in south-east Australia in time for the start of the breeding season for the second straight year. TBW
Or the APOCALYPTIC scenario which has unfolded in a secretive nuclear city in Russia where hundreds of dead birds suddenly plummeted from the sky and lay scattered on streets. The mysterious mass die-off of crows above a secretive nuclear Russian city has sent the internet into meltdown.TBW
Or the huge numbers of migratory birds which began dropping dead in the southwestern US. Normally, birds don't just die in plain sight. But the winged creatures are being found on bike paths and roads, hiking trails and driveways as if they plopped down from the sky. So what's going on?

Or the 1,500 birds who for some reason flew into some of Philly’s tallest skyscrapers one-day last week. The slaughter shook bird-watchers to the core. The Philidelphia Enquirer
A new mystery is now evolving in along the Roman coast in Italy...
It has been happening for about 3 weeks now. On the Roman coast, there is a strange death of birds, from turtle doves to pigeons. In a period of a pandemic, nothing can be underestimated, much less mysterious animal deaths. "For some time we have been witnessing a truly strange phenomenon - says Mario Russo D’Auria, president of the Progetto Futuro association, a hunter with experience in breeding and cultivation in Fiumicino.
We find turtledoves with no more energy, dying. They do not have the strength to fly, they are unable to move away from humans when we approach the ground. It is not a natural behaviour for turtledoves, far from it. And shortly after we find them dead on the ground. Those that mice or other animals that frequent the drainage canals do not [eat] them ".
We are not talking about a single episode, nor about a limited number of victims, nor about a phenomenon that happened in a short time. "By now - explains Russo D’Auria - it has been happening for weeks. And I am available to the local health authorities if you ever want to investigate the situation ”. In support of the worried declarations of Mario Russo D’Auria, there are reports in the countryside between Ardea and Aprilia, a few kilometres south of Fiumicino.
The sudden death of pigeons involved the entire area, with findings quite distant from each other. What is happening? Is it a natural phenomenon or should we worry? Are they toxic substances scattered on the land and therefore poisoning or viruses? For now, the alarm has been raised, now it will be up to the authorities to clarify. Il Faro
Animal Die-Offs 2020
Front Page

Sad to hear about so many birds dying. They are the cannaries in the coal mine for what's coming to Humanity and the rest of Nature. As far as I know Elon Musk was supposed power up his 5G Satellites once 460 or so satellites were up in orbit. I have not been staying up on the number that are now orbiting, but he has been launching a 120 per month and has surpassed 460. He is a deranged Sociopath that is jeaprodising all life on our planet by hyper energizing our Ionosphere. We have been being bathed in a sea of Electro Smog Radio Frequency Radiation which is known to cause multiple adverse health effects to humans, animals, birds and insects. Now they want to cook us with millimeter waves from a Military Biological Weapon. The writing is on the wall. The Globalist are setting us all up for The Big Fall.
Take Care

It would be interesting to know whether some new 5G towers were recently erected in that area because the symptoms of oxygen deprivation seem to be the cause of these birds dying. They would be closer to towers. I remember working at a NASA sight that had weather radar on the roof of one of the buildings and seeing seagulls fly by and get BBQ from the radiation. Just smoking birds hitting the ground.
Five G frequency for cell phones and towers can cause problems in the lungs which diminish the oxygen uptake in the body. Research while you can, because this info disappears frequently via the Ministries of Truth. (1984) Jeff

I can't see that how satellites would be using same 5G whose towers for were trying to stop in Berkeley, when it doesn't go very far. And ersonally I like the idea of getting internet abt anywheres..

list the usual suspects: as said above plus:
mansanto via poisons everywhere. on natural seds and insects how did the bees die off. they weren't sprayed specifically, but secondarily.
sue the FDA for your favorite bird.
smoke: in CA AZ And i think Australia, might burnout their tiny lungs. i would suspect they are 1,000 times more effected than we are by wood smoke. plus some of their fave places might be cinder by now. How does the Amazon factor in on their routes. what is going on in Africa?
so Italy and not France. Not Greece. Where in Italy. The so-called mafia island i cannot remember. Sardinia, Croatia. Then there are the wars in Libya, Syria poison gases seeping everywhere. somewhere they are engineering insects as weapons for war like carriers of plague etc. e.g.

chemistry might have found a long waiting period to sit back and think it over. Esp. the oil or organic bit.