Hundreds of thousands of mink are dying at fur farms in the US and Europe from Covid-19: Initial research shows the virus was transmitted from humans to animals, and so far has not seen any cases of the opposite. 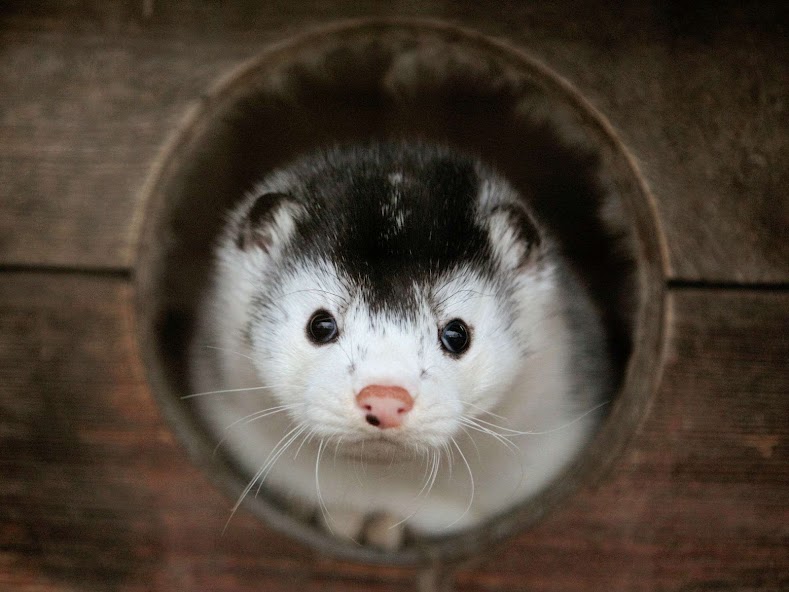 Thousands of mink have died at fur farms in Utah and Wisconsin after a series of coronavirus outbreaks. In Utah, ranchers have lost at least 8,000 mink to Covid-19 among the animals known for their silky, luxurious pelts. The virus first appeared in the creatures in August, shortly after farmworkers fell ill in July, according to Dr Dean Taylor, State Veterinarian of Utah.

Infections of mink have already been documented in other countries, including Denmark, the Netherlands, and Spain. In June, authorities in these countries gassed hundreds of thousands of animals, concerned that the mink could harbour the virus indefinitely, enabling infections to persist among farm animals—and potentially spread to humans according to Science Mag.

Initial research shows the virus was transmitted from humans to animals, and so far has not seen any cases of the opposite. "Everything we've looked at here in Utah suggests it's gone from the humans to the animals," Taylor told CNN. "It feels like a unidirectional path," he said, adding that testing is still underway. Utah's was the first outbreak among mink in the United States.

On Friday, Kevin Hoffman, a spokesperson at the Wisconsin Department of Agriculture, Trade and Consumer Protection, told CNN 2,000 mink have died from the coronavirus at a Wisconsin farm as well. Officials have quarantined the farm, Hoffman said in a release, meaning no animals or animal products may leave the Taylor County premises.

Dr Keith Paulson with the UW-Madison Veterinary School Diagnostic Laboratory told CNN affiliate WISN that he noted "significant mortality in the mink" and that three workers there had recovered from the virus after displaying "mild to moderate clinical signs."

Other cases have been detected in the Netherlands, Spain and Denmark, according to the US Department of Agriculture. The USDA's National Veterinary Services Laboratories has confirmed cases of SAR-CoV-2 -- the virus that causes Covid-19 -- in dozens of other animals, including dozens of dogs, cats, a lion, and a tiger. Mink, which are closely related to weasels, otter and ferrets, appear to suffer similar symptoms to humans.

Difficulty breathing and crusting around the eyes are usually seen, but the virus progresses rapidly, and most infected mink are dead by the next day, according to Taylor. It's unclear what makes mink such a susceptible species, while others appear to be unaffected. The cluster of cases in Utah has spread to nine farms, but Taylor warns that "we're still in the middle of the outbreak." Each farm is under quarantine with only essential workers permitted on site. Farmworkers are being directed to use proper protective equipment at all times. The pelts from most of the mink that have died from the virus have been either contained and buried or incinerated. Taylor said that no pelts have left the state.

PROPAGANDA on steroids is this supposed news report! It is the same load of inaccurate, inconsistent talk as all the rest of this virus has been. Here it is again and again and again...
* The title reads: Hundreds of thousands of minks are dying from COVID19.....
(But at the end it says 2000 minks have died....that's not hundreds of thousands, it is 2000. Inconsistant information.)
*After the title, first paragraph first sentence reads: Thousands of mink have died (oh, I thought they said hundreds of thousands....??) ...thousands of mink have died after a series of CORONAVIRUS outbreaks. Uh....they just said in the title it was COVID19 that is killing these animals, but now first sentence says it was coronavirus. ..?
* USDA's National Vet Laboratory Services has confirmed cases of SARS-Cov2 the virus that causes COVID19....but they just said it was coronavirus outbreaks???!!!

So what is it? Coronavirus, covid19 or sarscov2? They are all different, not the same. Impossible as written!

Then this propaganda news says: *everything we've looked at here in Utah suggests it's gone from humans to animals....
*initial research shows (they just said suggests?) shows the virus was transmitted from humans to animals AND so far has not seen any cases of the OPPOSITE......but farms are under quarantine...??!! Why? No signs of the opposite means no transmission from animals to humans. But wait a minute....the birth of this virus back in Dec. 2019 said a bat with CORONAVIRUS was eaten by a Chinese guy who then got sick with a contagious DISEASE called covid19. But covid19 is a flu not a disease.

What the f are they talking about!!???
What the frig is the damn disease? Flu and or upper respiratory illness is NOT A DISEASE, it is either bacterial infection or it is a viral infection of which NEITHER is a disease, they are infections, infections are not diseases!

How many more times do we have to read this nonsense that contradicts itself but brains are too incompetent to understand what they read? It irritates me to no end. It makes ZERO ,logical sense. AND, still there is zero evidence from science that any virus at all has been isolated. Frankly in addition to being irritated to no end, it is insulting and blatant spin talk BS, not by my opinion, by its wording in itself.
In a court of law they would be laughed right out of a suit, kicked right out of the court room because none of it makes any sense, none of it has any evidence, and none of it is possible.

Animals dont get disease or flu from humans, and humans do not get animal disease. Animals never get flu or common colds, NEVER EVER HAS THAT BEEN ESTABLISHED, NEVER!

But kill everything, life is not wanted.
That's all that is real, kill kill kill. Lie lie lie. Hate hate hate.
Keep on publishing it so the devil can have his day guaranteed!
This is science? They can have it! Get me out of this insane pos world! How do we do that?
Sorry Gary, but this is just too much now. We are being demolished over insane illogical so called science FRAUD.
People walk in a store and wear a mask. Then then exit and remove that mask, gather together no masks, go to open houses for real estate no mask. Go boating no mask. Only in stores are masks needed? Why is that? Is coronavirus....uh I mean covid19....no I mean sarscov2, is it only in the grocery stores? Are they going to burn down all grocery stores next? Dont worry about other types of stores, they dont need to burn those down to kill the virus, they are going out of business and closing forever on their own because people do not know how to read!
I have absolutely had it with this bull shit. Stop killing animals. Where is the damn proof of any of it? There is none. Yea, I feel betrayed and angry. Yea.

You didn't read the report...( Infections of mink have already been documented in other countries, including Denmark, the Netherlands, and Spain. In June, authorities in these countries gassed hundreds of thousands of animals, concerned that the mink could harbour the virus indefinitely, enabling infections to persist among farm animals—and potentially spread to humans according to Science Mag)

You say animals dont get disease or flu from humans, and humans do not get an animal disease. Animals never get flu or common colds, NEVER EVER HAS THAT BEEN ESTABLISHED, NEVER!

You are wrong Hawkeye, viruses are passed around from humans and animals all the time, Avian flu, for example, is passed between birds and humans, Covid-19 is thought to come from bats. The 1918 Spanish flu came from pigs in America. You need to calm down and stop making wild accusations, you are losing the plot again.