Call to save dying swallows in southwest France as yet another sad bird tale hits the news: "It’s a massacre; a desolate spectacle of corpses.” swallows have been suffering in the cold and wet weather conditions, and have been dying from exhaustion after becoming drenched and freezing. 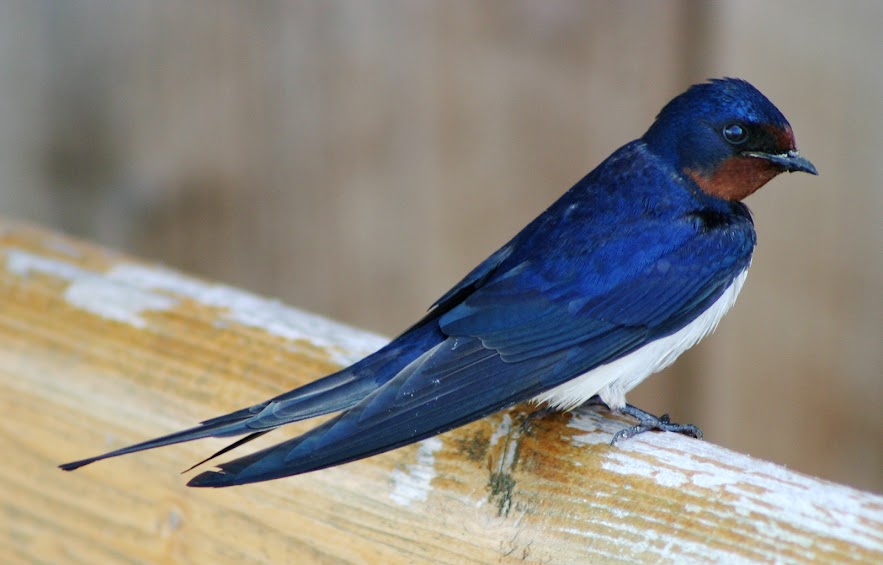 French bird protection association La Ligue de Protection des Oiseaux (LPO) in the Lot in southwest France has launched a campaign to save swallows after hundreds have been found dead due to bad weather.

Residents in the Lot, in the Midi-Pyrénées, Occitanie, have reported that many swallows have been suffering in the cold and wet weather conditions, and have been dying from exhaustion after becoming drenched and freezing.

Stéphanie Plaga Lemanski, director at LPO Lot, told local newspaper La Dépêche: “One school in the department counted almost 50 dead swallows in its playground and the commune of Corn found around 20 dead. It’s a massacre; a desolate spectacle of corpses.”

She explained that the deaths have likely been caused by the unpredictable weather conditions, with a “brutal cold” hitting the region, as well as sudden high levels of rainfall.

Ms Plaga Lemanski said: “As it was rather mild for the first three weeks of September, the swallows were not encouraged to migrate. Then, one day from the next, it started raining, temperatures fell by 15C, insects were rare so [the birds] struggled to find enough to eat, they get cold and lose energy which stops them flying.”

The birds are then susceptible to hypothermia and starvation.

They usually migrate to Africa in September, but sometimes leave it until October in warmer years. They arrive back in Europe in around April, and breed in June. A healthy swallow can live for up to 16 years. Full Story

In recent days, The Big Wobble has been reporting the deaths of maybe millions of birds, the huge numbers of migratory birds which began dropping dead in the southwestern US last month for instance. Normally, birds don't just die in plain sight. But the winged creatures are being found on bike paths and roads, hiking trails and driveways as if they plopped down from the sky. So what's going on?

Or the mystery from thousands of migratory shorebird colonies failing to arrive in south-east Australia in time for the start of the breeding season for the second straight year. TBW
Or the APOCALYPTIC scenario which has unfolded in a secretive nuclear city in Russia where hundreds of dead birds suddenly plummeted from the sky and lay scattered on streets. The mysterious mass die-off of crows above a secretive nuclear Russian city has sent the internet into meltdown.TBW

A new mystery is now evolving in along the Roman coast in Italy...
It has been happening for about 3 weeks now. On the Roman coast, there is a strange death of birds, from turtle doves to pigeons. In a period of a pandemic, nothing can be underestimated, much less mysterious animal deaths. "For some time we have been witnessing a truly strange phenomenon - says Mario Russo D’Auria, president of the Progetto Futuro association, a hunter with experience in breeding and cultivation in Fiumicino.
We find turtledoves with no more energy, dying. They do not have the strength to fly, they are unable to move away from humans when we approach the ground. It is not a natural behaviour for turtledoves, far from it. And shortly after we find them dead on the ground. Those that mice or other animals that frequent the drainage canals do not [eat] them ".
We are not talking about a single episode, nor about a limited number of victims, nor about a phenomenon that happened in a short time. "By now - explains Russo D’Auria - it has been happening for weeks. And I am available to the local health authorities if you ever want to investigate the situation ”. In support of the worried declarations of Mario Russo D’Auria, there are reports in the countryside between Ardea and Aprilia, a few kilometres south of Fiumicino.
The sudden death of pigeons involved the entire area, with findings quite distant from each other. What is happening? Is it a natural phenomenon or should we worry? Are they toxic substances scattered on the land and therefore poisoning or viruses? For now, the alarm has been raised, now it will be up to the authorities to clarify. Il Faro
Animal Die-Offs 2020
Front Page
at October 12, 2020

Agreed. 5G is the first thing that I think of as a likely cause, as well

Had to wait to the comment section to get the mention of the 5g+4g electrosmog and the messing with the ionosphere combining with atmospheric aerosolization and the vaccine of nanoparticles in your body the control grid will be ready.