You would be correct if you were to think the world is going mad, it is, figuratively and literally: Obesity, diets rich in fat and sugar, processed foods, smoking, alcohol and drugs, medications, pollution, pesticides, industrial chemicals and radiofrequency radiation are destroying our DNA 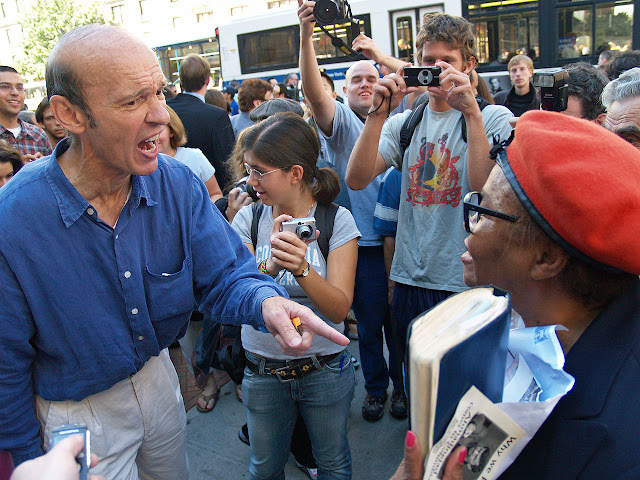 In recent weeks I have often wondered what has happened to the world in 2020 in what has been an incredible escalation in all things bad. Since the Covid virus was announced on New Year's Eve, 2019 the world has quickly spiralled into a Hollywood Esque zombie movie filled with anarchy, hate, spite, ugliness and violence which has exploded into unprecedented levels leaving the US on the verge of another civil war and the world on the brink of WWIII. Just ten minutes on your Facebook timeline or Twitter will shock you into believing the world has actually lost its mind. Evil is out there and it appears to be mutating at a similar speed as the Covid-19 virus infecting people with hate and anger.

A reader on TBW left a poignant comment on the blog last week, Green Sleeves wrote in regarding the sickness which has left her husband reeling:


I was convinced the whole CV was either fake or just caused by the 5G only now, I feel as if its physical and spiritual. I think that is also the reason adults are the ones mainly effected and not children because of the innocents of small children compared to adults. We are not fighting flesh and blood but evil in high places.

She is so correct in her assessment. We are indeed fighting a spiritual war and most of the world is unaware they are being played. Dark forces are at work and infecting people with hate on an unprecedented level. Violence, hatred and ugliness are spewing forth from people who have been dumbed down for years, a silent pent up anger has been boiling up inside people and Covid-19 has brought that anger to the surface. Western society is blowing itself up. As Green Sleeves wrote, we are not fighting flesh and blood but evil in high places, we are all being played by the devil and most people don't realise.

Where does this hate come from? Most Westerners are living in the 21st century with suppressed immune systems brought on by their own desires. Obesity diets rich in fat and sugar, processed foods, smoking, alcohol and drug consumption, medications, pollution, exposure to pesticides or industrial chemicals and radiofrequency radiation, sex and violence are pushed into our faces at every turn, we are being consumed by modern life. Our cells, proteins, and DNA are being damaged by our Western lifestyle, which is contributing to ageing and also play's a role in the development of a range of health conditions, including diabetes, cancer, and neurodegenerative diseases such as Alzheimer’s. In other words, we are killing ourselves.

Our governments are also damaged by our Western lifestyle, worse still, they are falling over themselves to make sure our dumbed-down Western lifestyle remains intact.  They are pushing citizens to go back to work in the midst of a pandemic causing the deaths thousands of innocent people. You would be correct if you were to think the world is going mad because it is, figuratively and literally and we may not come back from this.

There has been much speculation around the world claiming a link between 5G and the coronavirus, while governments and the media have been quick to dispel such claims as not true, there is a connection, according to an NCBI report low doses of charged particles causes acute and persistent oxidative stress which can lead to cell and tissue damage damaging proteins, and DNA and suppressing immune systems.Exposure to radiation causes oxidative stress, which affects the body and shred strands of DNA in the unsuspecting population.
What is Oxidative stress?
Oxidative stress is an imbalance of free radicals and antioxidants in the body, which can lead to cell and tissue damage. Oxidative stress occurs naturally and plays a role in the ageing process.Oxidative stress can occur when there is an imbalance of free radicals and antioxidants in the body. The body’s cells produce free radicals during normal metabolic processes. However, cells also produce antioxidants that neutralize these free radicals. In general, the body is able to maintain a balance between antioxidants and free radicals. Several factors contribute to oxidative stress and excess free radical production. These factors can include: diet lifestyle certain conditions environmental factors such as pollution and radiation The body’s natural immune response can also trigger oxidative stress temporarily. Uncontrolled oxidative stress can accelerate the ageing process and may contribute to the development of a number of conditions such as cancer, Alzheimer’s disease Parkinson’s disease, diabetes, cardiovascular conditions such as high blood pressure, atherosclerosis, and stroke, inflammatory disorders, chronic fatigue syndrome, asthma and male infertility. Factors that may increase a person’s risk of long-term oxidative stress include obesity diets high in fat, sugar, and processed foods, exposure to radiation, smoking cigarettes or other tobacco products, alcohol consumption, certain medications, pollution, exposure to pesticides or industrial chemicals. All part of our modern-day life in the 21st century.Oxidative stress can damage cells, proteins, and DNA, which can contribute to ageing. It may also play a role in the development of a range of health conditions, including diabetes, cancer, and neurodegenerative diseases such as Alzheimer’s. How does oxidative stress affect the body?

Perhaps the writer had not read Lord of the Flies. There is clear evidence round here that if children are left unsupervised they become just as evil than adults, as fully exposed in that novel.

Goodness comes from inter-generational guidance, within the family tribe. The atomisation of western culture into solo consumer units as done as much as all the toxic inbibing described in the article to create this surge of evil.

On a scientific level, I remember a study some years ago, comparing an ancient Egyptian body to a current one. The Egyptian body had traces of 65 toxins, the current one over 400. And then we wonder why 50% of the population in UK/US get cancer?

Not to worry, Mother Nature's broom is in full swing and will be coming along shortly to sort it all out.

I believe the comments have merit. It makes me wonder how 65,000 people can die from Opioid and barely a word and then comes Covid and right out of the gate there was this screaming - millions and millions will die form this disease!

The US federal budget deficit in June 2020 was $863 billion, compared with a deficit of $8 billion in the same month last year, CBO estimates. That increase stems from the economic disruption caused by the 2020 coronavirus pandemic and from the federal government’s response to i. https://www.cbo.gov/system/files/2020-07/56458-CBO-MBR.pdf

Covid is more than just a virus, it is a spirit, and not a good one.

Good post Gary!
Satan laughs when God's people do nothing!

I have read Lord of the Flies and I have read another book which told me something much bigger than mother nature is coming to sort it all out, maybe Sultanbev hasn't read That book?

Its a sin problem not a skin problem

The more people stray from God the more delusional their thoughts and actions. An old IT term applies: GIGO, which means garbage in, garbage out. While nutritional garbage affects the physical body, in-scriptural garbage (television, Hollywood movies, public education) affects the thought process and hence the actions of people.

This current world is temporary & will be destroyed by God, but God will make a new earth & a new heaven. A very serious purge of non-believers of Him & His son Jesus. When the judgements of God comes, 5 to 6 billion of the world will perish in a 7 year tribulation. Believing in Jesus validates the True God. There are so many false gods, idols, statues, messiahs, corrupt & demonic leaders of this world to choose as a savior. The God of the Bible is the creator of the heavens & the earth, & according to scripture He will do it again. God Bless. Melly Watchman.

You have no idea how close to the truth you are.
A good read for sure. I am not sure if this is the time or the one thing that will make it happen. When it does, there will be no turning back.
I will say this, we are here for a purpose, and we are doing the most excellent job. What we are designed for is happening before our eyes, day in and day out.
See it we do not. I was blown away by the beauty of it all.
How it is all woven together.
Bottom line it sucks big time, and we do not even know we are on a dead end street.

It is the sunspot crisis that affects human behavior and brings chaos.
https://urbancoldspots.blogspot.com/2020/06/eta-di-caos.html