As militarized agents stomp on the streets of US cities, citizens are claiming the US is on the verge of its second civil war just when the country should be showing solidarity to the rest of the world as we draw closer and closer to WWIII 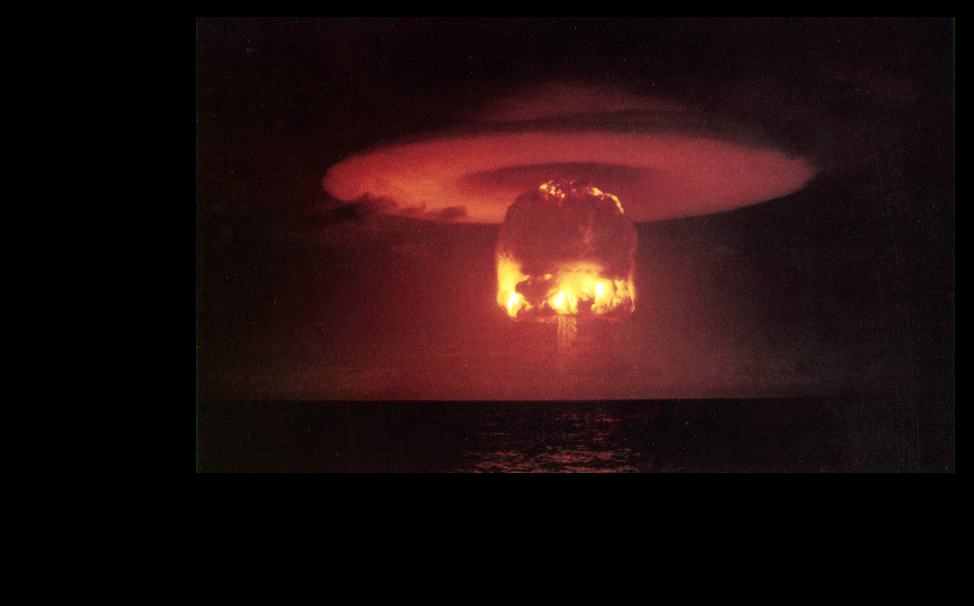 As militarized agents boots stomp on US cities many people are claiming the US is on the verge of its second civil war just when the country should be showing solidarity to the rest of the world as we draw closer and closer to WWIII and it could be happening right under our nose without us being aware of it.

In recent weeks I have often wondered what has happened to the world in 2020 in what has been an incredible escalation in all things bad. Since the Covid virus was announced on New Year's Eve, 2019 the world has quickly spiralled into a Hollywood Esque zombie movie filled with anarchy, hate, spite, ugliness and violence which has exploded into unprecedented levels leaving the US on the verge of another civil war and the world on the brink of WWIII.

Russian and US aggression

Russia has risked triggering a space war by test-firing an anti-satellite weapon in orbit. Britain and America today furiously condemned the Kremlin for a ‘concerning’ act they said threatened peace in space. The weapon’s debris alone threatens the satellites the world depends on, according to the head of the UK military’s space directorate. Moscow fired the weapon from its Cosmos 2543 satellite last week. It did not target another spacecraft but came close to a Russian satellite. A US statement said the launch was ‘another example that the threats to US and Allied space systems are real, serious and increasing’. It is the first time the British and American military have publicly accused the Kremlin of carrying out an anti-satellite weapon's test in space. Full story

An electromagnetic pulse (EMP) locked and loaded in space?

I'm not a military-type but I do wonder if some of the satellites up there are primed nuclear weapons just waiting for orders from a rogue state to cause an electromagnetic pulse (EMP), which is a short burst of electromagnetic energy which could be ignited above a country knocking out all electronic power in a massive area and throwing the unfortunate country back into the Stone Age.

Meanwhile, a PressTV report says warplanes deployed by the so-called United States-led coalition operating illegally in Syria have conducted some aggressive and “dangerous” manoeuvring close to a Beirut-bound Iranian passenger aeroplane. The incident took place on Thursday involving two warplanes and Mahan Air’s Flight 1152 that had taken off from Tehran and was en route to the Lebanese capital. The authority specified the airspace over Syria’s hugely-strategic al-Tanf region as the place where the incident had happened. In response, the US Central Command said a single F-15 had made a “visual inspection” of the Iranian airliner “in accordance with international standards... to ensure the safety of coalition personnel” at the military base in al-Tanf. The command added that the US F-15 was on a “routine air mission” in Syria and conducted “a standard visual inspection of a Mahan Air passenger airliner at a safe distance of approximately 1,000 meters”.

China and US relations have sunk to their lowest level in decades.

The US is being dragged into a petulant tit for tat row with China. Despite a U.S. demand, China refuses to commit to closing Houston consulate. The top Communist Party official at the consulate said his office is operating normally today and will continue to do so "until further notice," in direct opposition to President Trump's demand. To make matters worse China has ordered the United States on Friday to close its consulate in the western city of Chengdu, ratcheting up a diplomatic conflict at a time when relations have sunk to their lowest level in decades. Chinese-U.S. relations have soured amid a mounting array of conflicts including trade, the handling of the coronavirus pandemic, technology, spying accusations, Hong Kong and allegations of abuses against Chinese Muslims.

According to RT, the FBI has claimed that Chinese researchers with secret military ties are active in dozens of US cities, just as the top US diplomat urged the ‘free world’ to unite against Beijing and cut the ‘Frankenstein monster’s tentacles.’ Through a series of recent interviews, the Federal Bureau of Investigation says it uncovered a “concerted effort” by a number of Chinese citizens conducting scientific research in the US to “hide their true affiliation” to the People’s Liberation Army, with the intent to “take advantage of the United States and the American people.”

Iran and Isreal are already at war

A chlorine gas leak at a petrochemical centre in southeast Iran sickened 70 workers, state-run IRNA news agency reported on the 5th of July. Most of the workers at the Karun petrochemical centre in the city of Mahshahr in southeast Khuzestan province were released after undergoing medical treatment. Meanwhile, in the city of Ahvaz, also in Khuzestan, a fire at the Zergan power plant was ignited when a transformer exploded. The two incidents in Iran's oil-rich Khuzestan come after a fire and explosion at a centrifuge production plant above Iran's underground Natanz nuclear enrichment facility in early July. Officials said the cause of the fire at Natanz is known to officials, but won't be immediately released for "security reasons." On Tuesday, an explosion from a gas leak in a medical clinic in northern Tehran killed 19 people.
Sabotage or bad luck? Iran is suffering a chain of catastrophes. Earlier this month three mysterious explosions at the Iranian Natanz nuclear facility in Iran has led to many questions. A former official suggested the incident could have been an attempt to sabotage work at the plant, which has been involved in activities that breach an international nuclear deal.

Also in July, Israeli F-35 stealth fighter jets bombed a site located in the area of Parchin, which is believed to house a missile production complex — an area of particular concern for the Jewish state, in light of the large number and increasing sophistication of missiles and rockets in the arsenals of Iranian proxies, notably Lebanon’s Hezbollah. Fighter jets from the IAF’s second F-35 squadron, the Lions of the South, fly over southern Israel (IDF spokesperson) Neither of these claims was confirmed by Israeli officials, who have been mum on the reports. TBW
Nineteen people were killed in an explosion at a medical clinic in the north of the capital Tehran, which an official said was caused by a gas leak. On June 26, an explosion occurred east of Tehran near the Parchin military and weapons development base that the authorities said was caused by a leak in a gas storage facility in an area outside the base.
The reported Israeli strikes followed an alleged Iranian attempt to hack into Israel’s water infrastructure in April, an effort that was thwarted by Israeli cyber defences, but if successful could have introduced dangerous levels of chlorine into the Israeli water supply and otherwise seriously interrupted the flow of water throughout the country according to the Times of Israel.
Security sources have said that Iran would retaliate if it becomes clear that Israel, or the United States, have been behind any attempt targeting Iran’s nuclear sites. A Saturday article by Nour News said media reports crediting Israel for an alleged cyber attack targeting Iran’s Natanz nuclear facility mean that the regime itself would be posed to similar threats. The article, which had no byline, said the international community should be more concerned about cyber sabotage attempts targeting Iran’s nuclear facilities as they could lead to nuclear leaks with environmental ramifications of unknown magnitude. It added, however, that despite Israel’s policy of keeping silent on sabotage acts targeting Iran’s nuclear sites, such moves are ultimately attributed to the regime given its long records of hostility towards Iran and its peaceful nuclear activities. The article by Nour News said Israel should await serious consequences if it crosses Iran’s "red lines." PressTV

Who is many prominent people? Do they come from a specific political party? Is there a political agenda to these comments?

the elite re of a specific party, its the satanic party, the church of satan. that is their agenda, only politics that follows the agenda of lucifer who they worship. they are ushering in communism and the new world order. it fits in with lucifer, it is here upon us. the great apostasy. also mass hypnosis. mass insanity. all of the agenda follows lucifer. he thinks (false;y) that he is running the show with militarized homosexuality, militant atheism (except lucifer doesn't want no religion, he wants all to worship him. atheism serves to make more apostasy and works towards lucifer's end goals. on another note, no christian should send their children back to school. the vaccine is almost ready. once the vaxx is here, they will announce of a virus breakout in the schools, they will take all kids to quarantine, then they will hold the children hostage until the parents take the vaccine. it is just my idea, i have no proof of that happening but it would be a way to get christians to voluntarily take the possible mark of the beast. the vaccine changes human DNA.

Green Sleeves, may I ask how your husband is recovering from the virus?

Thank you, Gary. He at first had headaches, body aches,loss of smell, disorientation, weight loss. He is 5'2 and weighed around 150. Afterwards, he weighed between 125-128. He is eating again. He no longer has the aches all over. He did have a dry cough too. I on the other hand had no loss of appetite, but I was sick twice along. It went into my lungs. I could not cough anything up but the shortness of breathe and heart palpitations was scary. I finally asked the doctor for prednisone and an inhaler. That and raw garlic helped me to recover. And prayers. I have been better for almost a week now. I did not test for it. I got it on June 26th. My husband on July 4th. Now, one specific thing I am convinced about is it was and is not just physical. I may have said it before but I will say again, I am convinced it is a spiritual attack. On the world. Physical, spiritual and given the behavior of some people, m ed mentally. When I see the violence, shootings, riots, looting, I think there is some mass hypnosis or brainwashing or something. Or mass demonic possession. It's all very real and happening.

I'm glad you are both getting better and I agree the world has turned into a horror zombie B movie. Spiritual warfare (along with this crazy disease) has gripped the wise people, intellectuals, leaders, military, Police, BLM, Antifa, MAGA, White Supremacists.

Jehovah has hidden the truth from all these people and the rest of the non-believers. They are non-believers because the truth has been hidden from them: Luke 10:20-21. The time has come when the time to learn the truth is ending for the world and the people will be trapped, locked out from knowing Jesus and His Father and ending their chance for everlasting life. Stay safe Green Sleeves.