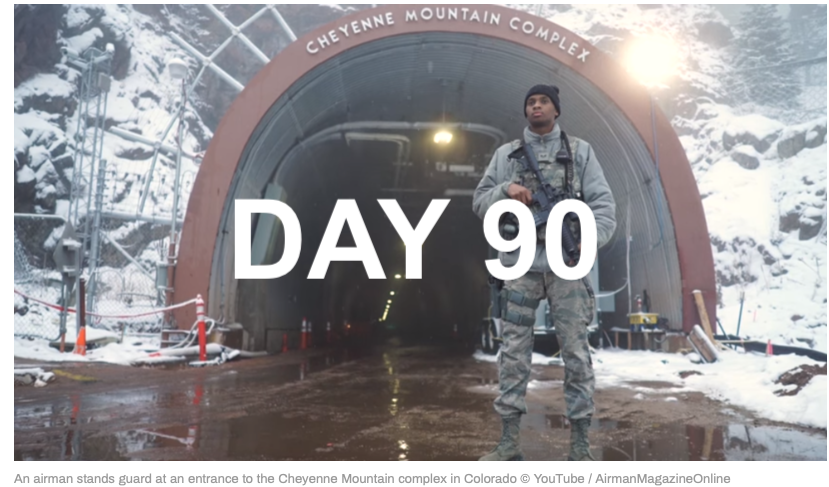 ‘Officers are scared out there’: Coronavirus hits US police. More than a fifth of Detroit’s police force is quarantined; two officers have died from coronavirus and at least 39 have tested positive, including the chief of police. For the 2,200-person department, that has meant officers working doubles and swapping between units to fill patrols. And everyone has their temperature checked before they start work. An increasing number of police departments around the country are watching their ranks get sick as the number of coronavirus cases explodes across the U.S. The growing tally raises questions about how laws can and should be enforced during the pandemic, and about how departments will hold up as the virus spreads among those whose work puts them at increased risk of infection. AP

U.S. flies surveillance plane over the Korean Peninsula as N.K. fires missiles. SEOUL, March 29 (Yonhap) -- A U.S. surveillance aircraft flew over South Korea on Sunday on an apparent mission to monitor North Korea as the communist nation fired what appeared to be two short-range ballistic missiles the same day. The U.S. Navy's EP-3E was spotted in skies above South Korea at 25,000 feet, Aircraft Spots tweeted. The exact time of its operation was not immediately clear. Yonhap 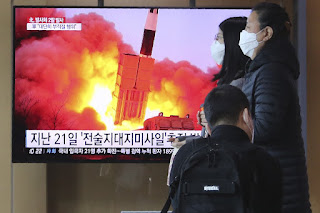 Trigger-Happy! North Korea test-fires missiles amid worries about the outbreak. North Korea on Sunday fired two suspected ballistic missiles into the sea, South Korea and Japan said, continuing a streak of weapons launches that suggests leader Kim Jong Un is trying to strengthen domestic support amid worries about a possible coronavirus outbreak in the country. AP

Trigger-Happy! Saudi-led coalition intercepts missiles fired by Iranian led Houthis. The spokesman added that firing missiles at this time by the Houthis and Iranian Revolutionary Guards showed the real threat the group and Iranian regime supporting it pose, adding that this escalation does not reflect the group's announcement that it is welcoming a ceasefire. Reuters

Urns in Wuhan far exceed death toll, raising more questions about China’s tally. A single mortuary has had 5,000 urns delivered over the past two days, double the city's reported coronavirus death toll. The reliability of China’s coronavirus numbers is under question once again in view of the staggering amount of urns being distributed out in Wuhan. SL

Who's kidding who? Back-track: A 21 million drop in mobile phone users in the past three months accounts for about 5% or 300 million people of China's total mobile users, leaving a six million gap in lost users which cannot be explained! Probably dead. TBW 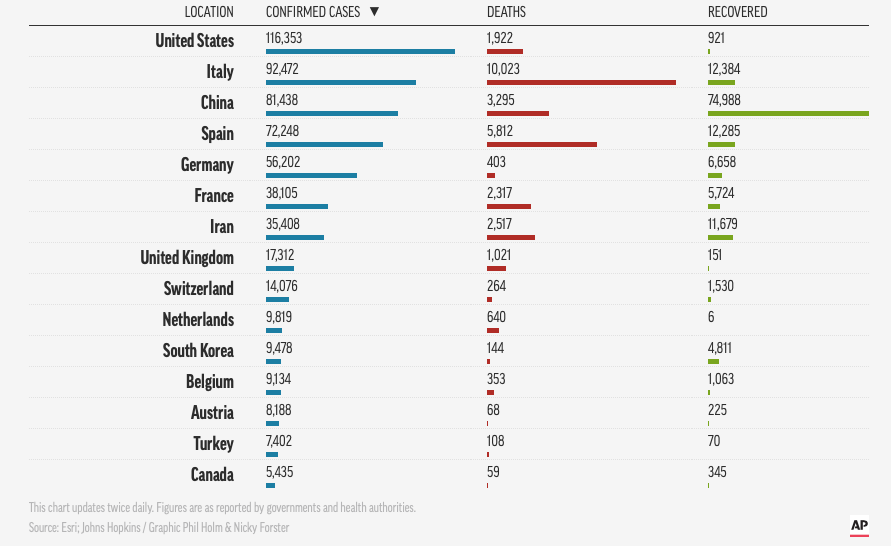 US Academics and NGO leaders: End Iran Sanctions. New York, March 29, IRNA - A diverse group of US academics, researchers and NGO leaders have signed an open letter addressed to the leaders of the P4+1 countries (United Kingdom, France, Germany, China, and Russia) and the US lawmakers, calling on them to lift sanctions on Iran impeding Iranian campaign against coronavirus. IRNA

Run for the hills! Pentagon sends teams into MOUNTAIN BUNKERS as pandemic preparations go into full swing. The US’ Northern Command has sent teams of essential staff deep underground to wait out the Covid-19 pandemic. On the surface, more than a million grunts won’t be quite as cocooned. Air Force General Terrence O’Shaughnessy heads up the US’ Northern Command, as well as the North American Aerospace Defense Command – a joint US/Canadian operation that monitors the skies over North America for missile and airborne threats. Earlier this week, O’Shaughnessy told reporters via Facebook that some of his watch teams would be moved from their usual command centre at Peterson Air Force Base in Colorado to a number of hardened underground bunkers. RT

Zombie apocalypse begins? Naked man breaks India’s national virus quarantine to viciously kill woman in savage bite attack. Amidst all the anxiety-inducing developments of the coronavirus pandemic comes a grisly report that a man in India broke out of quarantine in order to nakedly chase after a woman and viciously kill her by biting on her throat. The horrific slaying took place in the Indian state of Tamil Nadu on Friday when the man, who is in his 30s, ran out of his home naked and violently attacked the throat of a 90-year-old woman who was sleeping outside her house, Times of India reports. RT

More than 1.6million people in England infected? Data suggests true UK coronavirus cases will be MUCH higher than the official toll, as recorded deaths leap by 260 in a single day to 1,019 and known cases rise to more than 17,000 The true number of coronavirus cases in the UK could be as high as 1.6 million Modelling of data to predict regional infection rates carried out by Edge Health The number of total cases could have risen to 2.8 million people in the UK Coronavirus symptoms: what are they and should you see a doctor? DM

China's efforts to blame coronavirus on a US army delegation to Wuhan infuriate No.10 as Boris Johnson's advisers say Beijing's statistics on its cases could be downplayed by a factor of 40. DM

Will they ever learn? Chinese markets are still selling bats and slaughtering rabbits on blood-soaked floors as Beijing celebrates 'victory' over the coronavirus. DM

Good morning folks,
As I'm reading Gary's article on the U.S. Government sending" PEOPLE OF IMPORTANCE" to caves and bunkers, your going to have to excuse me here, as I have to laugh " OUT-LOUD. " "These VERY IMPORTANT PEOPLE " don't know their scriptures. Please read Ezekiel 33 verse 27-29 also please read Isaiah 29 verse 15. I've read many articles on underground bunkers and aparently it's a huge business all over the world right now. Of course you and I will never be invited to join them in there bunkers, but that's all right, we'll just sit back and watch what God has in store for them.

On the other hand, many docs think differently about the infection. The following site is also worthwhile exploring if you want to get a second, third, fourth, etc view on things (never forget that bing.com/translator) do a great job is necessary in any of this article's many updates and referenced links:
https://swprs.org/a-swiss-doctor-on-covid-19/