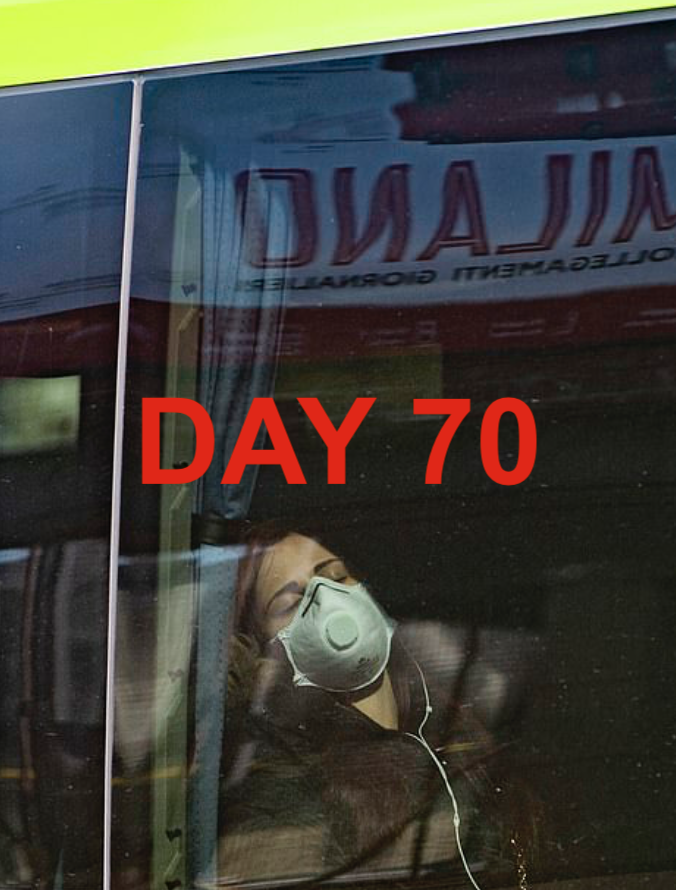 $2.5 Trillion Wiped Out As World Stocks Crash Most Since 2008. As we previously noted, S&P futures triggered a "level one circuit breaker" after falling 7%, which means trading will be halted for 15 mins. The movement of US equity futures today is likely to crash, then halt, crash then halt. It's only a matter of time before more intervention is seen…ZeroHedge

Dow craters more than 1,500 points and S&P 500 down 6% after trading resumes. Stocks tumbled on Monday as investors braced for the economic fallout from the spreading coronavirus, while a shocking all-out oil price war added to the anxiety.  The Dow Jones Industrial Average tanked 1,568 points, while the S&P 500 plunged 6.6% in morning trading. The massive sell-off triggered a key market circuit breaker minutes into the opening bell. Trading was halted for 15 minutes until reopening at 9:49 a.m. ET. CNBC

Panic Purgatory: Oil Crashes To $27; S&P Futures Locked Limit Down, Treasuries Soar Limit Up Amid Historic Liquidation. The Sunday futures fiasco started off on the back foot, with virtually every risk asset that is not nailed down puking with a force unseen since the financial crisis. It has only gotten worse since. ZeroHedge

Crisis as the virus explodes in the West and slows in China.

JUMPY: N. Korea fires 3 unidentified projectiles toward East Sea: SEOUL, March 9 (Yonhap) -- North Korea fired three unidentified projectiles into the East Sea on Monday, South Korea's Joint Chiefs of Staff (JCS) said, a week after the communist regime fired two short-range projectiles. The projectiles were fired northeastward from areas near its eastern town of Sondok in Hamgyong Province, the JCS said in a brief release. Other details, including their type, flight range and altitude, were not immediately available. JNA

BLOOD BATH! Coronavirus panic wipes £130billion off London markets with FTSE 100 plunging 8.5 per cent - 550 points - to a four-year low in biggest daily crunch since 2008 crash as oil prices see the greatest fall since 1991 Gulf War. FTSE 100 is in freefall again today and has lost 1,400 points since the crisis began around three weeks ago.  Opening 550 points down the biggest fallers were BP, Royal Dutch Shell and travel company TUI.  Cases of coronavirus approaching 110,000 with at least 3,661 deaths worldwide as the UK suffered third death. Global oil markets suffer the greatest tumble since the Gulf War in 1991 amid a row between Russia and Saudi Arabia.  Italy has placed the region of Lombardy on lockdown and recorded 400 deaths and more than 7,000 cases Foreign Office warns against 'all but essential' travel to Italy - but travellers coming another way unchecked. DM

Italy's death toll nears 400 as number of infected rises to 7,375 (the most outside China) and PM puts 16 MILLION citizens on lockdown and threatens them with a fine or JAIL if they leave quarantine zones Italy has the highest number of cases outside China, the epicentre of the killer bug, overtaking South Korea. DM

China reports zero cases outside Hubei as the world steps up the fight. China has reported zero cases of infections with the new coronavirus Covid-19 outside Hubei Province, the epidemic’s epicentre, for the first time since the outbreak started in December 2019. PressTV

Trump administration ‘overruled health officials’ who advised seniors against flying. The Centers for Disease Control and Prevention (CDC) put forward the plan aimed at controlling the spread of the virus before White House officials ordered the recommendation to be removed, a federal official with direct knowledge of the plan told the Associated Press. PressTV

WHO: Not Proper Time for US Anti-Iran Sanctions. The World Health Organization has sent its experts to Iran to evaluate Iran’s response to the Coronavirus and provide support where there’s a need. The US sanctions have made it impossible for Iran to buy any medicine from other countries. The WHO also ensured Iran that it will support the country wherever there’s a deficiency as a result of the sanctions. FNA

‘Everything depends on where you got virus’: US & Russian top specialists explain odds of catching Covid-19 & surviving. Some scientists believe coronavirus, which has already killed thousands around the world, could be a pandemic. RT talked to US & Russian medics about the challenges of containing the virus and chances of surviving the disease. The novel coronavirus which originated in China has long expanded beyond its borders, infecting thousands in South Korea, Iran and Italy. RT

Get PAID to have coronavirus: Scientists in London will pay volunteers £3,500 to be infected in experiments to develop a vaccine for the deadly virus. Scientists based in Whitechapel will recruit 24 members of the public The study will test if a jab developed by Hvivo will successfully fight COVID-19 Participants will be injected with two weaker strains of the coronavirus. DM

Coronavirus death toll in Iran hits 194 as 49 people die in ONE DAY while citizens are warned not to gather in large groups and Iran Air suspends all flights to Europe until further notice. DM