A 21 million drop in mobile phone users in the past three months account for about 5% or 300 million people of China's total mobile users, leaving a six million gap in lost users which cannot be explained! Dead? 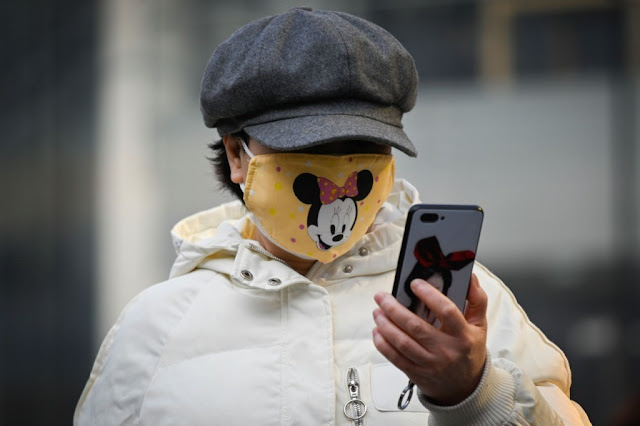 Could mobile data from China's top three mobile firms show the true death count in China during the first three months of the Covid-19 outbreak, suggesting the death toll is in the millions instead of the official count of 3,281?

Chines authorities have reported an incredible 21 million drop in mobile phone users in the past three months. What does the drastic drop mean? A Chinese expert claims deaths have contributed to account closures. The sharp decline is very unusual as the Chinese use their mobile phones for almost everything. Tang Jingyuan a Chinese expert claims mobile phones are an indispensable part of Chines life. Only in extreme circumstances would they stop using their cell phones which are used for cashless payments, paying rent and transport. However, in January and February, the three major mobile companies, China Mobile, China Telecom and China Unicom all recorded a sharp decline in users. In the same period in 2017,18, and 19 the three companies all saw a sharp increase in users.

Jingyuan said that without doubt the drop is connected to the Covid-19 outbreak. Virus deaths have contributed to the drop. An insider working inside China's Telecom Industry claims all the lost users met specific criteria. The lost accounts used a 'no minimum spending activity,' for the last month. According to the insider, accounts which require no minimum spending, account for about 5% of China's total mobile users. Owners of these accounts tend to be low earners from the midwest area. A high percentage of people living here are migrant workers and students totalling around 300 million people. Assuming about 5% of people had such accounts and who suddenly stop using them that's about 15 million people which leaves a six million gap which cannot be explained!

According to Jingyuan, he suspects more than a million people died in China during the first three months of the Covid-19 outbreak. Of course, there will be no account activity after death.

Days after the data was released, China's top anti-corruption organisation (A wonderful Oxymoron if ever I heard one) made changes for the three major mobile companies, claiming the data was (get this,) 'too complex and needed to be refined, however, Jingyuan claims the data does reflect the true casualty figures to hit China in 2020.

More on from China in focus below...