Yesterday's monster storm Brendan which battered Ireland and the UK has moved north but, the next has rolled in to replace it! The North Atlantic's incredibly active winter continues 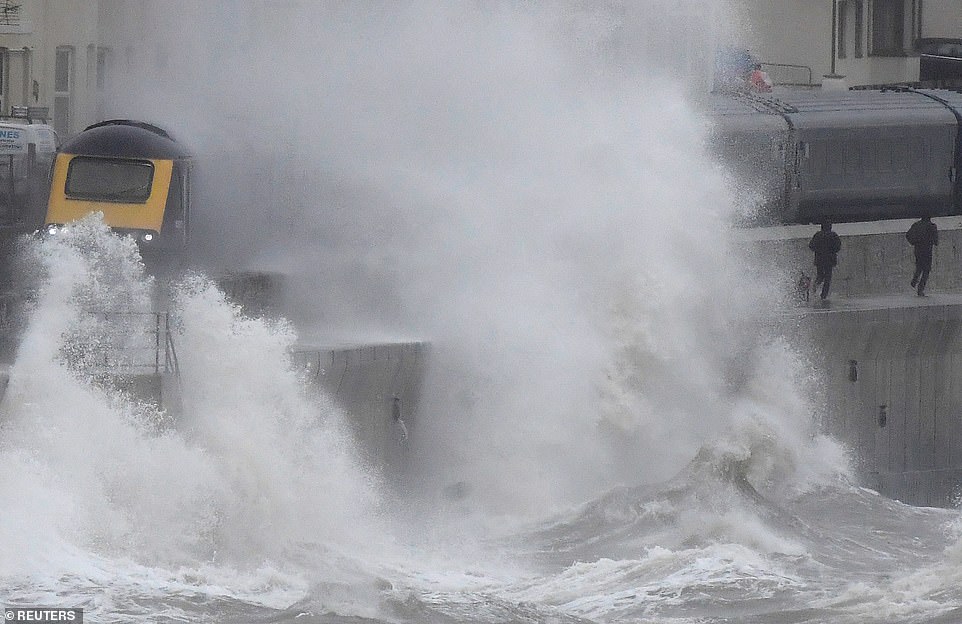 Yesterday's monster storm Brendan which battered Ireland and the UK has moved north but, the next has rolled in to replace it! High winds, heavy seas torrential rain, flooding along with gale-force winds are now battering Scotland, causing further travel disruption

The Met Office has predicted: Up to 6cm (2in) of snow could fall on higher ground Wind gusts could reach 60 to 70mph Further disruption likely, especially around coasts. A separate 24-hour yellow warning of strong southwesterly winds has also been issued for Tuesday. A fresh yellow warning for snow and ice which came into effect at 01:00 GMT has since been removed.

The North Atlantic has been incredibly active this winter, producing numerous intense extra-tropical cyclones in the past few weeks. While on the other hand, the European continent has been more or less trapped under strong ridging pattern and high-pressure systems. There have been at least 6 large cyclones, most of them were going through rapid intensification phases. Severe Weather Europe