The mysterious tiny moon Phobos: A potato-shaped moon orbiting Mars in a way scientists insist is not possible: A Soviet "Close Encounter" and a mysterious Monolith (extraordinary videos) 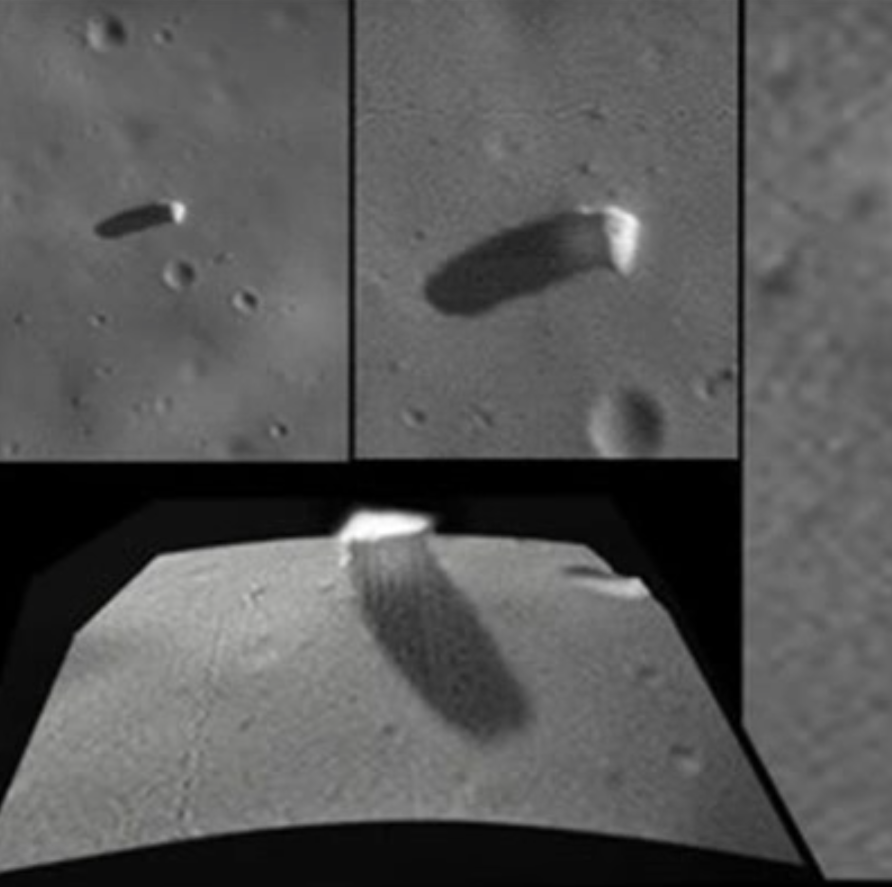 The mysterious monolith on Phobos

It's Greek name Phobos is a personification of a fear held to possess armies and cause their defeat.
It is a potato-shaped moon orbiting Mars in a way scientists insist is not possible and is also the smallest moon in our Solar System. Scientists claim the moon's orbit is so close to Mars it should have succumbed to the planet's gravity long ago. It has a beaten-up appearance and looks like it has been involved in a battle and has tiny crater chains on its surface which resemble stress lines but the most astonishing fact about Phobos is, it has a monolith, see below.

Former astronaut Buzz Aldrin thinks the public would be interested in the monolith on Phobos, and leading Russian scientists believe Phobos is man-made.

On March 28th 1989 Russian ground controllers suddenly and unexpectedly lost contact with their spacecraft which was shadowing Phobos. The last photograph taken by the spacecraft contained an object close to Phobos which should not have been there, the picture below. 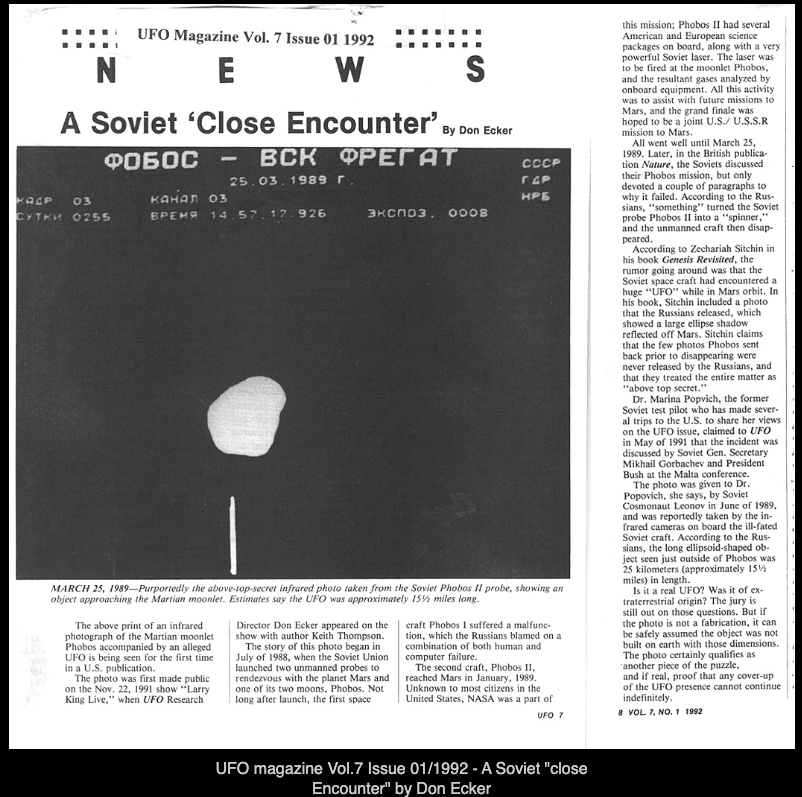 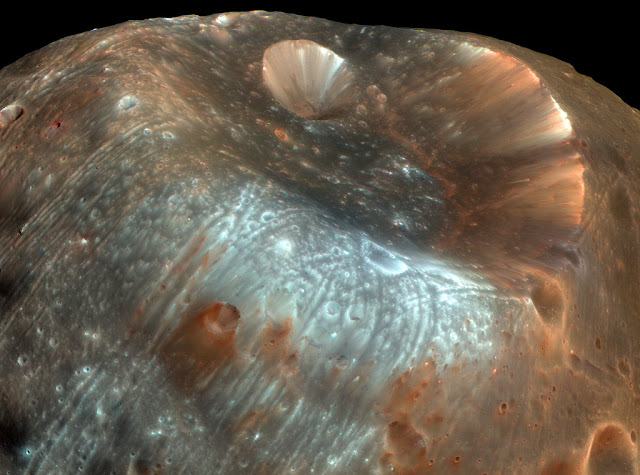