The Iranian media are claiming the CIA agent behind Soleimani killing was shot down in Afghanistan: The Pentagon has not officially ruled anything out. 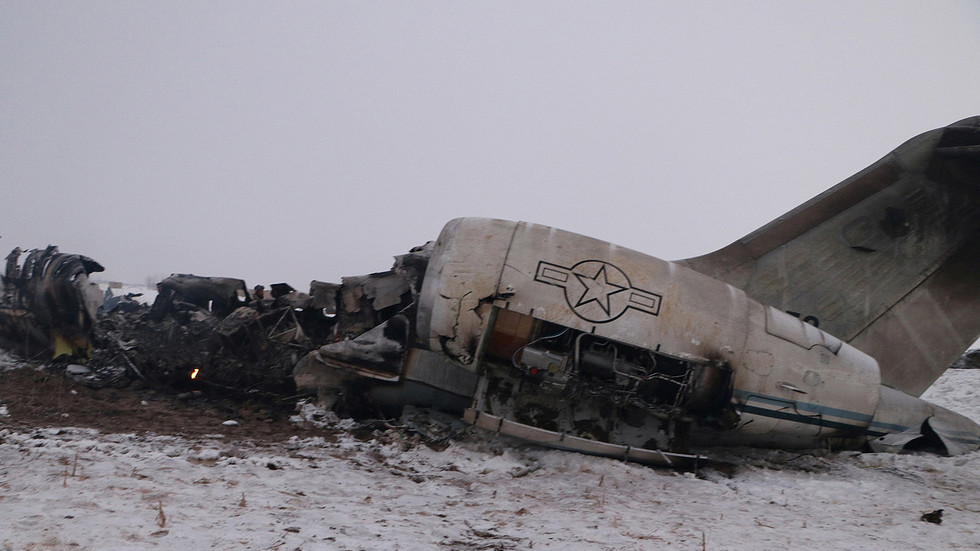 The wreckage of an aeroplane is seen after a crash in Deh Yak district of Ghazni province, Afghanistan. © Reuters / Stringer

American forces were able to reach the wreckage of a U.S. Air Force jet in Afghanistan overnight to retrieve remains, but it remained unclear what brought the high-tech aircraft down in Taliban territory the previous day. The Taliban claimed it shot the plane down, and while a U.S. official said Monday that initial information brought "no indications the crash was caused by enemy fire," a U.S. military spokesperson told CBS News national security correspondent David Martin the cause of the crash was still under investigation. The Pentagon has not officially ruled anything out. CBS


The Iranian media are claiming the CIA agent behind Soleimani killing was shot down in Afghanistan. The Taliban has claimed that a number of CIA agents were on board a plane it says it shot down on Monday; a claim the US denies. Iranian media claims that “many CIA” officers were killed in a plane crash on Monday. The Taliban initially claimed large numbers of Americans were killed, while Russian media and Iranian media then asserted that a senior CIA officer responsible for killing IRGC general Qasem Soleimani was on board. The claim has been greeted with scepticism. Jerusalem Post

Meanwhile, the Taliban say they have repelled an attempt by Afghan government forces to reach the site of a crashed US spy plane in Ghazni province. According to Zabiullah Mujahid, a Taliban spokesman, clashes erupted as the government forces, backed by the US military, tried for the second time to reach the wreckage site in the militants' stronghold. "Taliban fighters on the ground counted six bodies at the site of the U.S. aeroplane crash," he said, adding there was uncertainty regarding the total fatality count because the fire had consumed everything. The American spy plane, a Bombardier E-11A, came down in the central province early Monday. PressTV

The US military has acknowledged the loss of a Bombardier/Northrop Grumman E-11A plane in central Afghanistan. They added that they have not found any “indication” that the aircraft was downed. The aircraft crashed in Ghazni city area on Monday. An investigation into the incident is underway and the military will provide further information when it's available, a spokesman for the US forces in Afghanistan, Col. Sonny Leggett has tweeted. RT

a tit for tat.