Record rainfall that began on 23 January has now claimed almost 50 lives with 4 missing in Greater Belo Horizonte Brazil: More than 14,000 forced to flee their homes 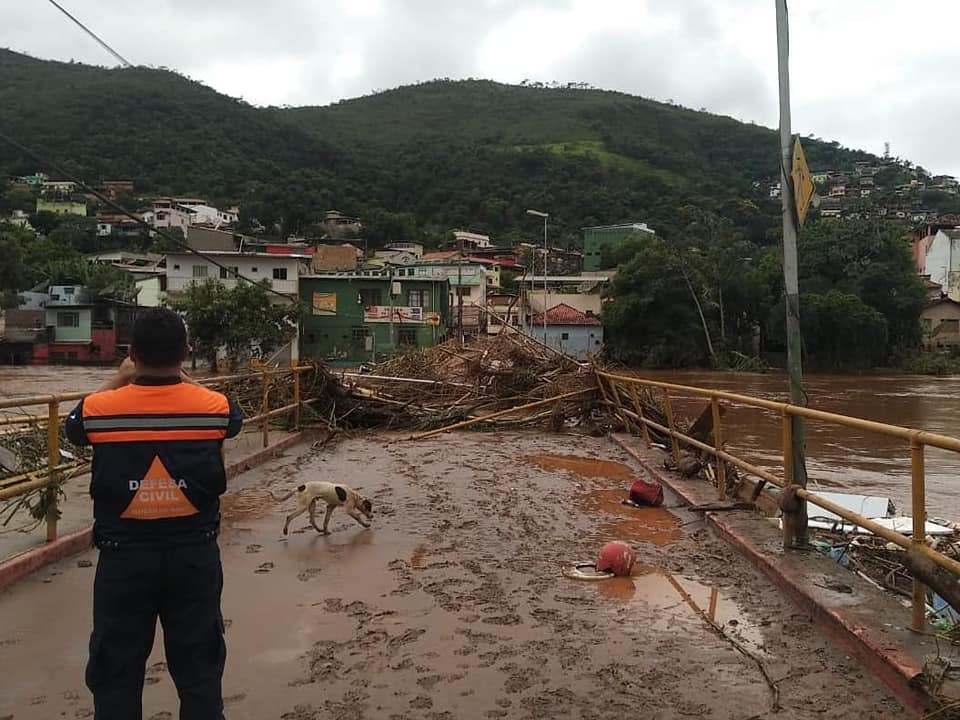 Flood damage in Raposos, Minas Gerais, Brazil, January 2020. Photo: Civil Defence Minas Gerais
Massive floods and landslides hit Greater Belo Horizonte and interior parts of the state after record rainfall that began on 23 January 2020. Initially, fourteen fatalities were reported. Since then the figure jumped to at least 47, with 4 people missing. According to State Civil Defence, fatalities occurred in 14 municipalities in the state, with 13 deaths confirmed in Belo Horizonte, 6 in Betim, 5 in Ibirité and 4 in Alto Caparaó.

At least 3 people are missing in Luisburgo and 1 in Conselheiro Lafaiete. A total of 14,609 people have been forced from their homes due to flood or landslide damage. Severe damage has left 3,386 people homeless, including 1,092 in Greater Belo Horizonte and 2,294 outside of the metropolitan area, referred to as the interior. On 27 January the Minas Gerais government issued a state of emergency for 101 municipalities. Floodlist