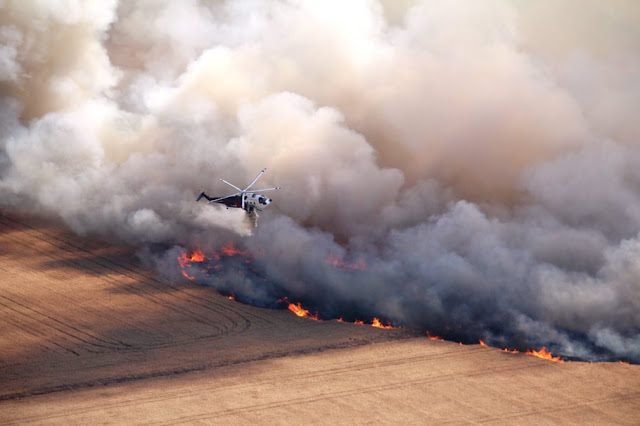 Australian towns teeter on brink of a humanitarian crisis as food, fuel and water run low in bushfire-hit regions and the NAVY is called in 'to evacuate people by the 1,000' ahead of 46 deg C Saturday


Australia is teetering on the edge of a humanitarian crisis as remote communities remain cut off from medical help, water sources are compromised and food and fuel supplies run low. Hundreds of fires are still burning out of control across the country, destroying millions of hectares, killing 18 and leaving at least 1,200 homes destroyed, with catastrophic 46C weather conditions forecast for Saturday. HMAS Choules, which delivered emergency supplies to Haiti following the 2010 earthquake, left Sydney on Wednesday and docked off the coast of fire-stricken Mallacoota mid-morning on Thursday. HMAS Choules can carry 700 passengers but there are up 4,000 people who remain stranded in the seaside town after it was devastated by bushfires. Daily Mail

What we know so far

The Victorian premier, Daniel Andrews, says 17 people are now unaccounted for across the state as more than 50 fires continue to burn. One person is confirmed dead in Victoria. In NSW, the RFS confirms the number of homes lost since New Year’s Eve now stands at 382. Overall, nearly 1,300 homes have been lost. Authorities in NSW order holidaymakers to evacuate the south coast area. That prompts long lines at local supermarkets and lengthy delays for those looking to refuel their cars, while many communities are still without power. The Kosciuszko national park has been evacuated, as have other nearby smaller communities such as Tumbarumba. Guardian 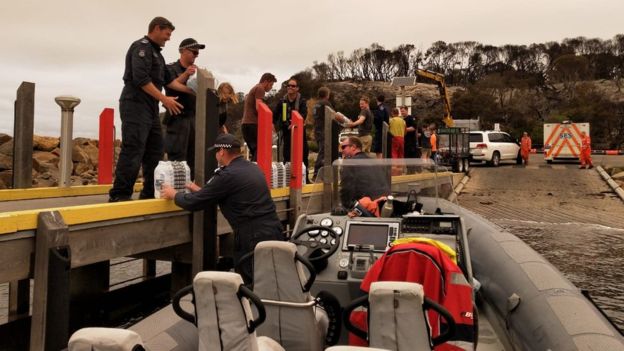 Victoria's emergency services are again appealing for people to leave bushfire zones, including the state's north-east and large areas of the High Country, ahead of worsening conditions on Friday and Saturday. A series of fires started in Victoria's Alpine region by lightning strikes could also pose a serious threat to nearby towns including Harrietville, Wandiligong and Bright, while visitors to Falls Creek and Dinner Plain are being advised to leave the area now, with three out-of-control fires posing a looming threat in the area. Deb Abbott, the Deputy Emergency Management Commissioner, said there was a limited opportunity for people to move to safer areas over the next 24 hours. "We have a small window of opportunity. It's a window of opportunity for people in those areas to leave now, and we want them to leave now. ABC

Bushfire emergency declared on Hobart's outskirts, lives and homes in danger A major bushfire burning out of control on the outskirts of Hobart will put lives in danger and may destroy homes, the Tasmania Fire Service has warned. The Tasmania Fire Service has urged Glenlusk residents and those in surrounding areas to leave immediately, as thick smoke and thousands of embers are likely to put surrounding homes in danger. It is unclear at this stage what caused the blaze. ABC

2019 was Australia's hottest and driest year on record

The data is in and 2019 has topped the Bureau of Meteorology's (BOM) charts for average and maximum temperatures as well as the lowest annual rainfall across the country.
Key points: Australia's annual mean and maximum temperatures both broke records set in 2013. The national area average rainfall was the lowest on record going all the way back to 1900. The hot and dry conditions are the result of a strong Indian Ocean Dipole and background warming.
It will come as no surprise to those suffering through this horror fire and heatwave season that the conditions leading up to it were the worst on record. The new figures arrived as large parts of the country brace for more dangerous fire conditions over the next few days. BOM will comment when its official report comes out next week, but the numbers speak for themselves. Australia's annual mean temperature was 1.52 degrees Celsius above the 1961-90 average of 21.8C — well above the previous hottest year (2013) at 1.33C. ABC 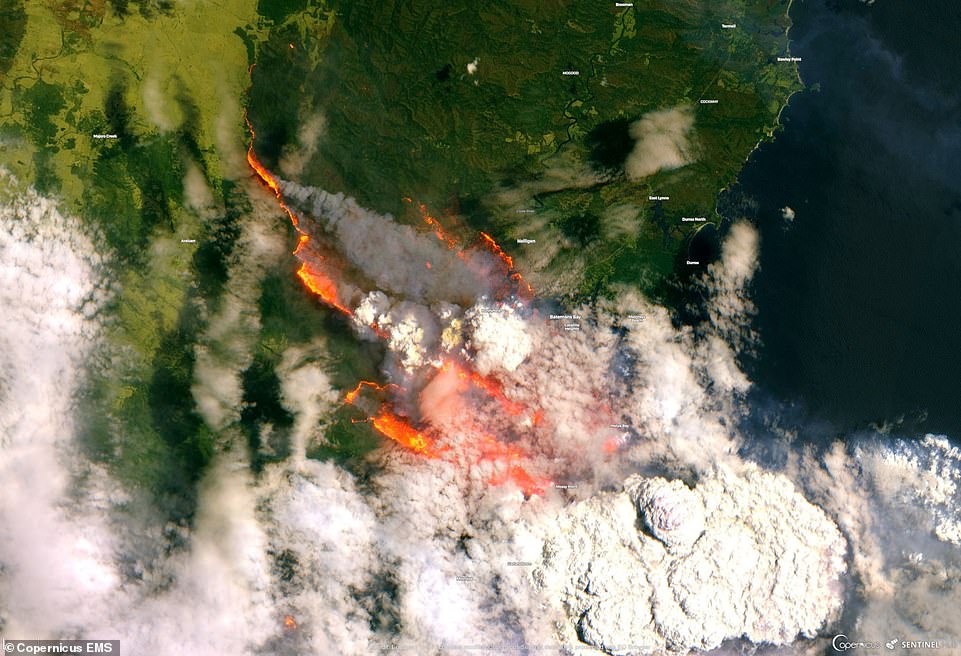 The monstrous bushfires decimating southeastern Australia have now killed 17 people with another 17 missing. Heather Yourex-West reports on the plan to save thousands of people still trapped, what residents have lost, and how essential supplies are dwindling. Global News

Politicians and climate change activists around the globe have expressed horror at the unfolding Australian bushfire crisis, saying the devastation is an urgent reminder of the climate emergency. Former US presidential hopeful Hillary Clinton said the fires – which began during Australia’s hottest ever year – left no room to question the effects of climate change. “With Australia on fire and the Arctic in meltdown, it’s clear we’re in a climate emergency,” Clinton said. Guardian