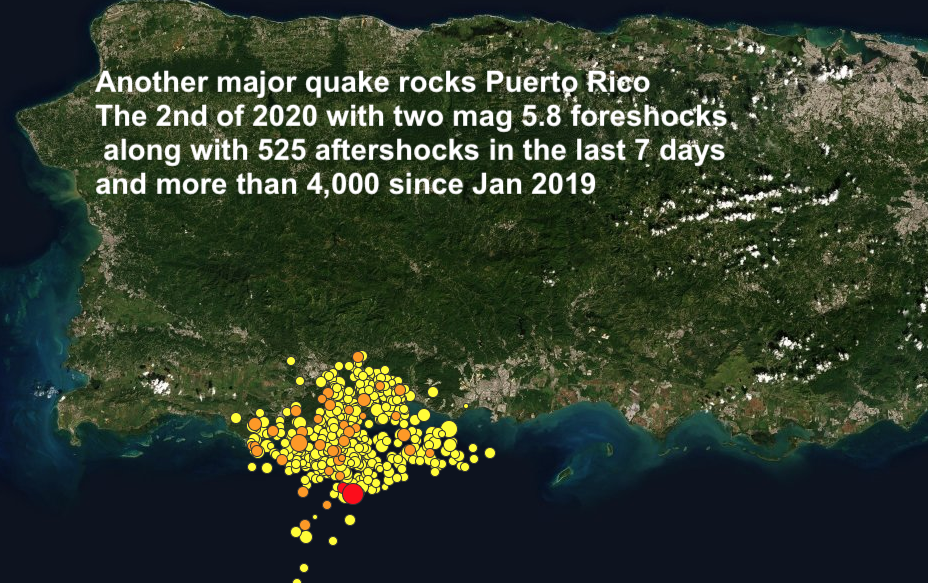 Another powerful major quake has rocked Puerto Rico, the second major quake to hit the island in 2020 according to USGS. The magnitude 6.0 - 13km S of Indios, struck this afternoon and was another shallow quake at 10km, (shallow quakes are the most powerful). today's major quake comes after 525 smaller quakes rocked the island in the last 7 days. The aftershocks, including two M 5.6's and a 5.0 are part of a mega- swarm which started on the 28th of December and has registered more than 1,500 quakes since then, including the two major quakes.

According to USGS, more than 4,000 small to mid-sized quakes, have rattled the tiny island of Purto Rico since January the 1st 2019.

Should we expect another big one? An incredible swarm has hit the island last year, see below 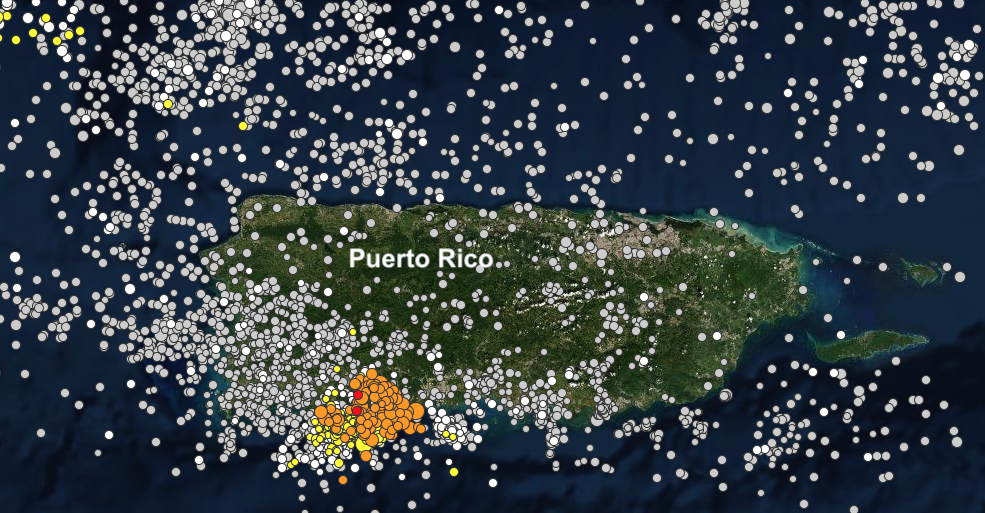