In a summer that hasn't officially started yet Australia's hell-on-earth reached a new level yesterday: Tuesday was the hottest day on record nationally with an average temp of 40.9C (105.6F) 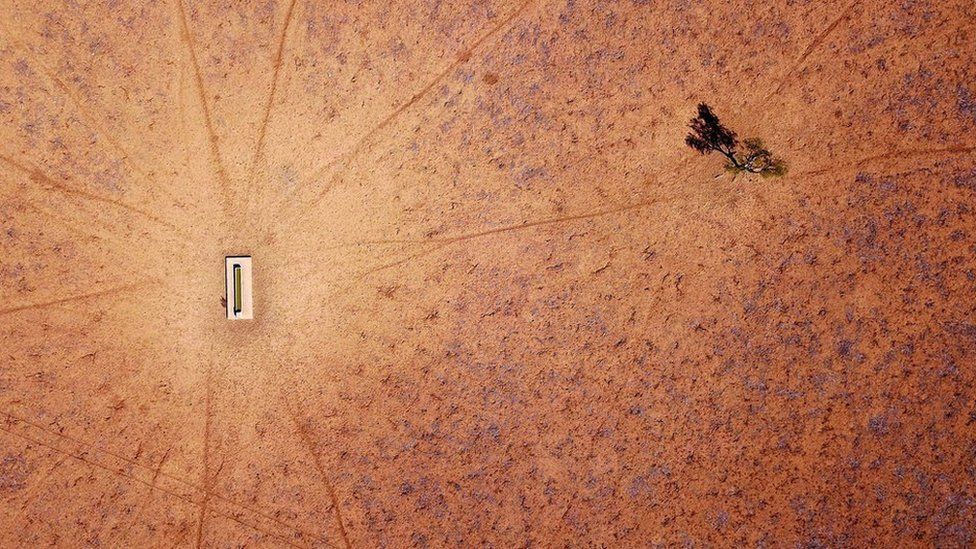 In a summer that doesn't officially even start for another few days, Australia's hell-on-earth reached a new level yesterday when it recorded its hottest day on record with the national average temperature reaching a high of 40.9C (105.6F) across the entire nation and incredibly the whole country but it is a record that is unlikely to last very long! Australia is set to become even hotter for the rest of the week.

Temperatures got up to well over 45C for much of the interior of the country but the location record (50.7C at Oodnadatta) is still safe — but the widespread of exceptional heat meant the national average record was broken. Oodnadatta is forecast to get up to 47C today, Thursday and Friday, before cooling slightly to 45C on Saturday. But Oak Valley, further to the west in outback South Australia, is predicted to reach 49C on Thursday. ABC

The Bureau of Meteorology (BOM) said "extensive" heat on Tuesday tipped the mercury past the previous record of 40.3C set on 7 January 2013. Taking the average of maximum temperatures across the country is the most accurate measure of a heatwave. The record comes as the nation battles a severe drought and bushfire crisis. Forecasters had predicted the most intense heat would come later in the week, meaning the record could be broken again. BOM 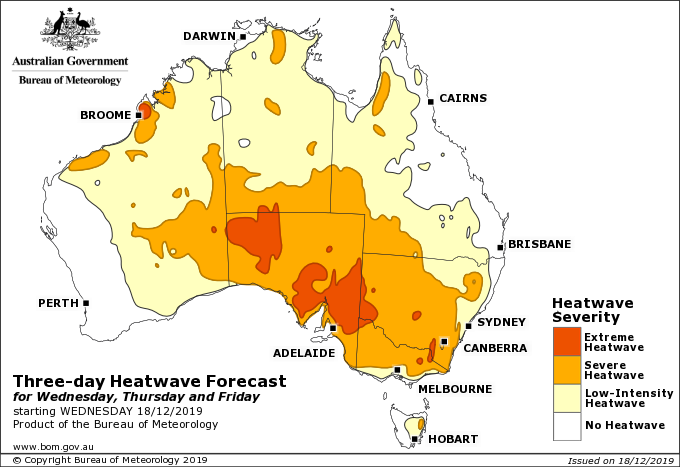 The Bureau of Meteorology is reminding communities to remain alert to the risks posed by heatwaves, with a week of extreme temperatures set to impact large parts of south-eastern Australia. Temperatures will begin to rise in South Australia today and will continue to build in the coming days, pushing east into Victoria and New South Wales over the course of the week. Bureau meteorologist Sarah Scully says many areas will experience severe to extreme heatwaves this week. "We're expecting large areas of inland South Australia, Victoria and New South Wales to experience temperatures in the mid to high 40s," she said.

Bureau climatologist Dr Blair Trewin said temperatures in many locations are forecast to approach or even exceed December and potentially annual records. "We saw significant heat build over Western Australia over the course of last week, and that heat is now pushing east over the continent, which is going to lead to several days of exceptional heat," Dr Trewin said. "Australia's warmest day on record occurred in January 2013, when the average maximum temperature across the continent was 40.30 ºC. and that record was smashed yesterday when the national average temperature reached a high of 40.9C (105.6F).
XX
Preliminary results suggest that the 17 December was Australia's hottest day on record at 40.9 ºC, with the average maximum across the country as a whole, exceeding the previous record of 40.3 ºC on the 7 January 2013. This Severe Weather Update provides information on the current heatwave. Video is current at 12 pm AEDT 18 December 2019. For the latest weather and warnings, information visit http://ow.ly/zR4050xCLG9 and follow advice from emergency services.