Aussie Bushfire Update No 12: An area equivalent to the size of Belgium consumed: Another scorcher just around the corner: Sydney surrounded by "mega-fires" 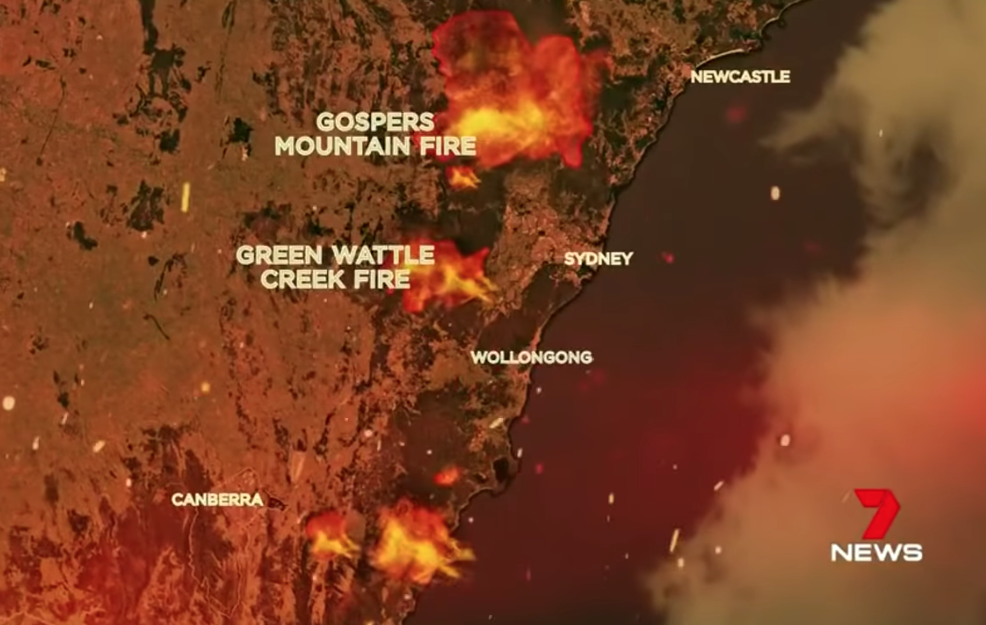 The Cudlee Creek fire is revealed to have destroyed 86 homes in South Australia while 100 more estimated lost in New South Wales as residents wait to discover the extent of devastation from weekend’s fires. Western Australia’s firefighting aerial fleet has dropped 8.9m litres of water so far this bushfire season, which is more than half the water used for the entirety of 2018-19. The recent Yanchep bushfire alone accounted for about 4.7m litres of water, emergency services minister Francis Logan said.

Heatwave update: the extraordinary nationwide burst that gave Australia its hottest three days on record between Tuesday and Thursday continued into Friday before dipping slightly on the weekend, the Bureau of Meteorology says. The average maximum temperature across the country on Friday was 40.3C. Before last week, that would have made it the equal hottest day recorded, alongside 7 January 2013. But that mark had been broken on Tuesday (initially reported as 40.9C after a preliminary assessment by the bureau, now confirmed as 41.0C), then smashed on Wednesday (41.9C). Thursday fell back to 41C. It means the country endured four of its five hottest days in a row. It is also the driest start to the southern season in more than 40 years, AAP reports.
Air quality across Adelaide has fallen to hazardous levels because of smoke from the bushfires in the Adelaide Hills, the Environment Protection Authority says. It says pollution levels in the city are two to seven times normal levels. The Guardian 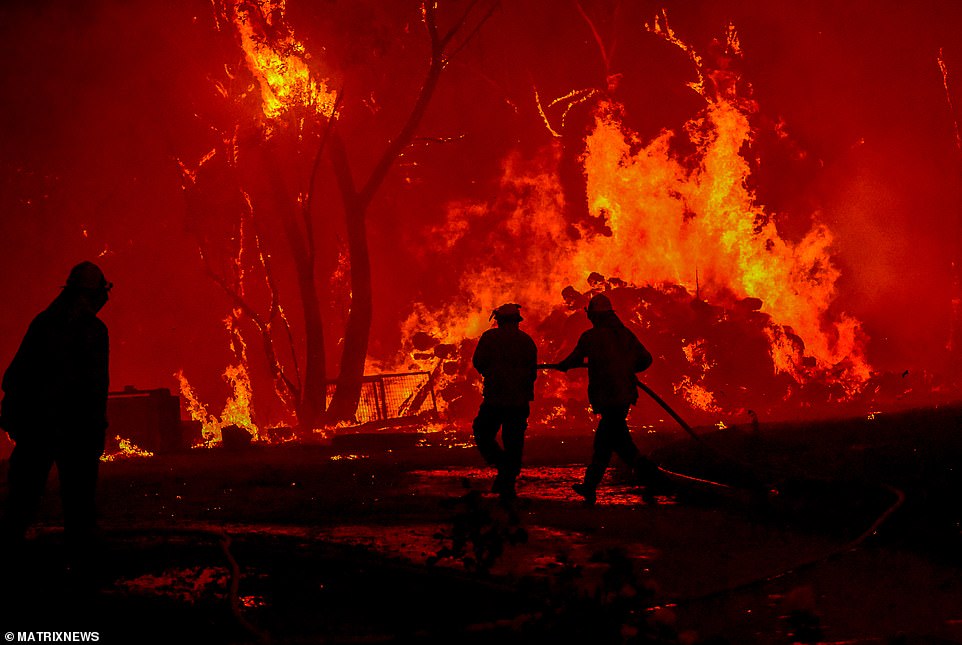 The town of Balmoral was destroyed over the weekend: Credit Matrix News

The fires have torched at least three million hectares (7.4 million acres) of land -- an area equivalent to the size of Belgium -- with at least 10 people killed and more than 1,100 homes destroyed. RTL

'The Monster': A short history of Australia's biggest forest fire, The Gospers Mountain 'mega-fire' started from a single ignition point. It has now destroyed an area seven times the size of Singapore. It started on the afternoon of October 26, an unseasonably warm Saturday following a run of hot days, the wind picked up over the Blue Mountains and lightning stabbed at the ranges.

By the end of the day, the blaze had expanded to an area of 521 hectares, but in residential areas surrounding the park, there was still nothing to see but smoke. On November 12, it was just one among 300 fires that gripped the state on a day that conditions were rated catastrophic. By the end of the day, the fire had wiped out more than 30,000 hectares and presented peril in every direction.

By November 16, the fire had trebled in size to 90,000 hectares. On December 6, having destroyed 250,000 hectares, it joined the Little L and Paddock Run fires south of Singleton, the Three Mile fire on the Central Coast and the Thompson Creek fire in Yengo National Park to form a 60-kilometre front burning out of control.

Last Sunday, when the fire had grown to 350,000 hectares. Eight weeks after the lightning strike, the Gospers Mountain fire burns brighter than ever. Its southern flank is divided by about 20 kilometres of bushland from the Ruined Castle and Green Wattle Creek fires west of Campbelltown - roughly the same distance that embers can travel on the wind. Full story, Sydney Morning Herald

Another scorcher just around the corner

Christmas weather offers brief reprieve but the punishing summer is not over yet. For many Australians, waking up on Monday morning brought a delightful pre-Christmas gift — cool temperatures and a forecast map that didn't have Australia entirely doused in colours ranging from deep reds to bright purples. Unfortunately, we're not out of the woods yet, with another forecast scorcher just around the corner. The major capitals were certainly milder, though smoke-shrouded large parts of eastern Australia and haze in Adelaide from nearby bushfires choked the city, prompting a road weather alert from the Bureau of Meteorology. ABC

More than 1100 properties have been damaged or destroyed in the ongoing NSW bushfire crisis with fears the tally will soon jump to include another 100 houses. RFS deputy commissioner Rob Rogers said it would be another 24 hours before they had an accurate number of homes destroyed 'but I think it is fair to say .. it is around 100'. Mr Rogers on Monday said more than three million hectares have been scorched this bushfire season. 'It's an enormous amount of the landscape and forested areas,' he told reporters in the Blue Mountains. 'We shouldn't underestimate just how much of the natural environment is being burnt and that's got serious ecological impacts as well as the fire impact ... I think that will be felt for years to come.' He said that while Monday was a cool day, the threat had not passed for the Blue Mountains and firefighters would be doing a lot of containment work in coming days. Daily Mail