Waiting for the BIG ONE! With more than 100,000 small to medium aftershocks in Southern California since July experts are wondering when not if the BIG ONE will come 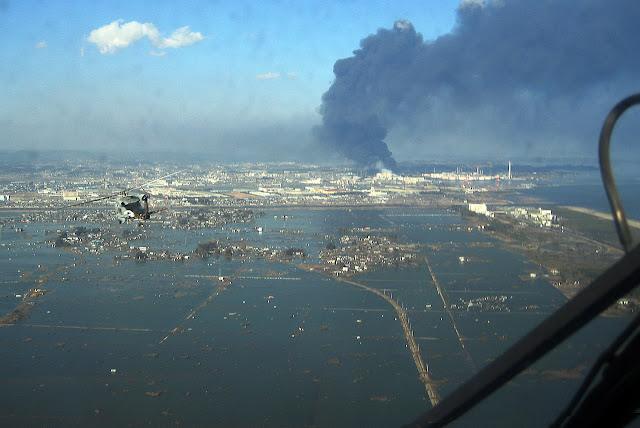 Credit Wikipedia: An aerial view of tsunami damage in Tōhoku Japan after the 9.1 quake in 2011

On the 4th of July 2019, Independence day, a magnitude 6.4 quake rocked Surles Valley, in Southern California, two days later a much more powerfull magnitude 7.1 struck the Ridgecrest area just a few miles away from the Surles Valley quake. Since then, more than 100,000 small to medium aftershocks, known as "swarmageddon," have hit the same area, including a mag 5.5, a mag 5.4 and a mag 5.0, which begs the question when not if will Southern California receive THE BIG ONE? 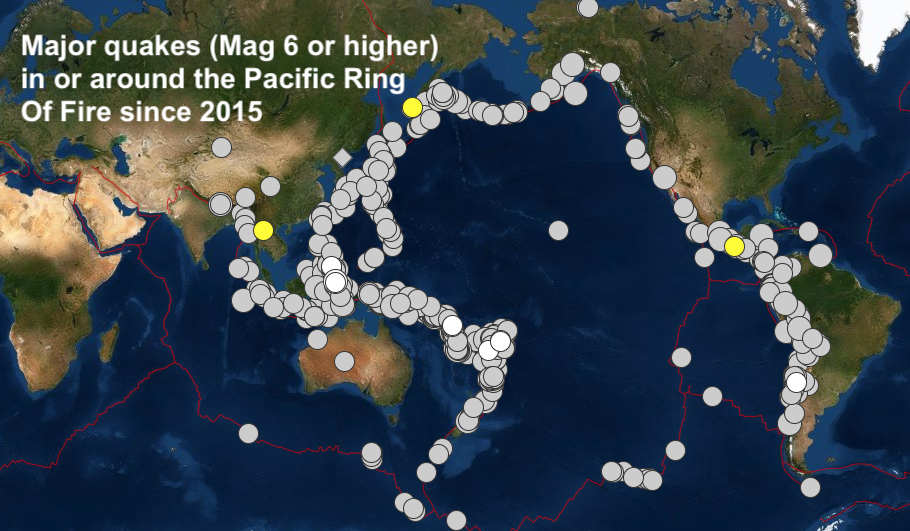 Since 2015, the Pacific Ring of Fire has been rattled by nearly 600 major quakes, (mag 6 or higher), see map above. Incredibly the Californian Coast has recorded just 3 major quakes in the same period and Oregon 2. The odds of this happening must be very high and surely the West Coast has to be long overdue for the big, it has to be!

To some, the “swarmageddon” 40 miles east of downtown Los Angeles has brought fear that a bigger threat was coming. To others, as long as they don't feel a shake, it is easy to just put it out of their minds. California has small quakes all the time — a magnitude 3 every other day, on average, according to the LA Times. But not all of them act the same, and some bring more danger than others. As officials install more seismic sensors as part of the state’s early warning system, experts are getting an increasingly better look at California’s smaller earthquakes. According to The Daily Mail, It’s reminiscent of activity near the San Andreas Fault three years ago that had some scientists on edge for a possible large triggered earthquake. 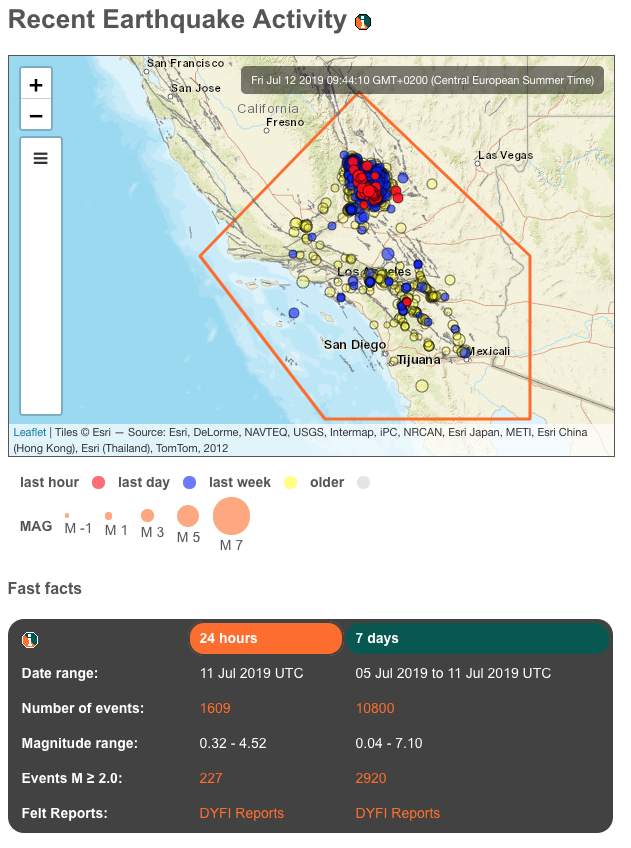 In late July, NASA sent conspiracy theorists into overdrive when a large jetliner was spotted flying very low over the foothills of the Ridgecrest swarm, the jetliner was a research plane belonging to NASA, according to the Los Angeles County Sheriff’s Department. The large DC-8, painted white with a blue stripe and the NASA logo on the tail, was spotted flying over Altadena at the height of the afternoon rush hour in the San Gabriel Valley.
CBS2 and CBSNLA anchorwoman Jasmine Viel said she was one of the commuters who saw the plane flying by.
“It was scary, a little bit.
You didn’t know it was going to land,” she said.
“Everyone kind of stopped in their cars, looking up.
It was big and loud.”

NASA did not respond to calls to find out why the plane was flying so low but it was seen zig-zagging on a northeastern course flying directly over the area of Coso Volcanic Field, where the magnitude 7.1 and magnitude 6.4 struck. The plane evidently flew 2,359 miles out of Palmdale that included a meandering path into Central California, across Nevada and landed in Boise, Idaho at about 7 p.m. local time.

In  March the 2011 the magnitude 9.1 Great Tohoku Earthquake, Japan hit the Japanese Honshu coastline causing a tsunami and killing more than 10,000 people and causing the Fukushima Nuclear Power Plant to explode but in many ways, it was the 83 magnitude 6 or higher aftershocks, many of them at mag 7 or even higher which caused all kind of problems afterwards. If this was to happen near LA or San Francisco can you even begin to imagine the carnage? 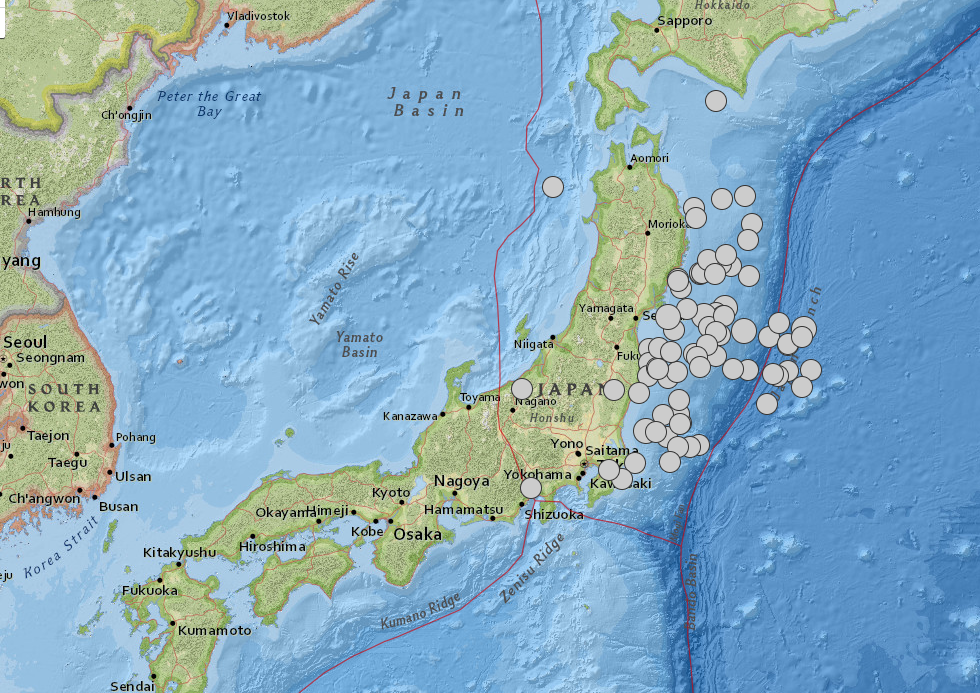 Map USGS, Japan suffered thousands of aftershocks after the 2011 magnitude 9.1 Great Tohoku Earthquake but 83 of these were mag 6 or higher