Typhoon Kammuri to reach at least a Category 3 and could develop into Super Typhoon status: Expected to make a severe impact on the Philippines Monday 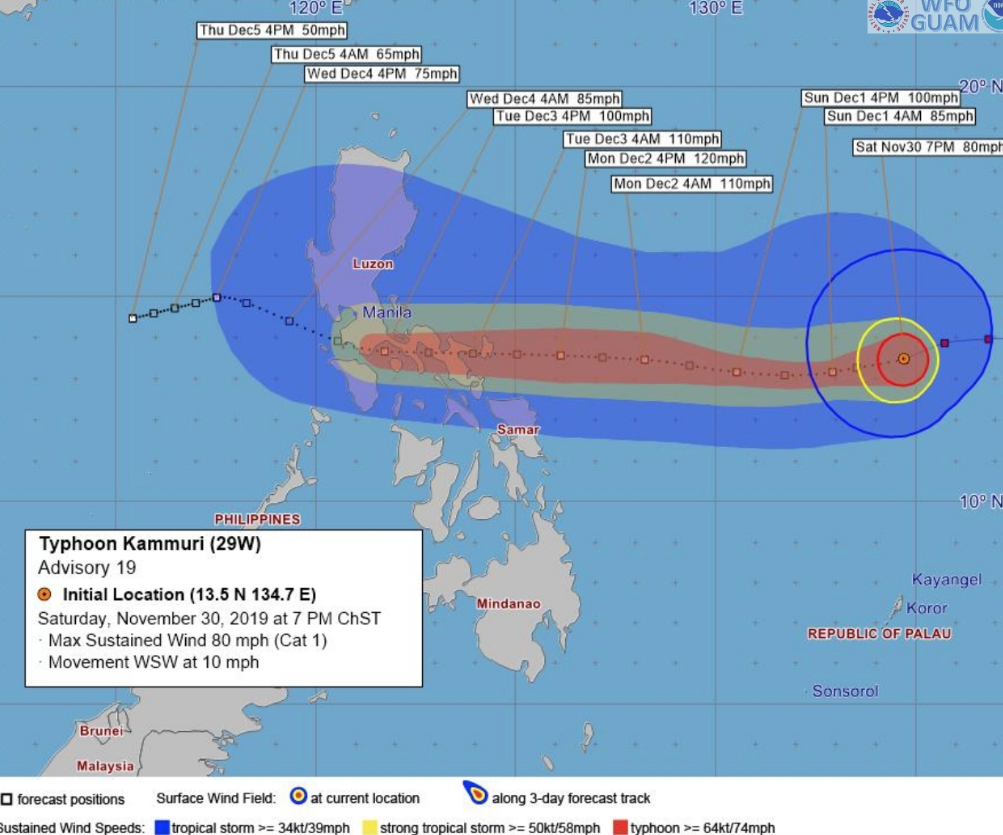 The centre of Typhoon Kammuri was located near Latitude 13.5 degrees North and Longitude 134.7 degrees East. Typhoon Kammuri is moving west-southwest at 10 mph. It is expected to make a slight turn toward the west with a slight increase in forward speed through Sunday. The current forecast track will take Kammuri into the Northern Philippine area by Monday with the capital city Manila expected to take a direct hit with Typhoon Kammuri expected to reach at least a Category 3 and could reach Super Typhoon status. 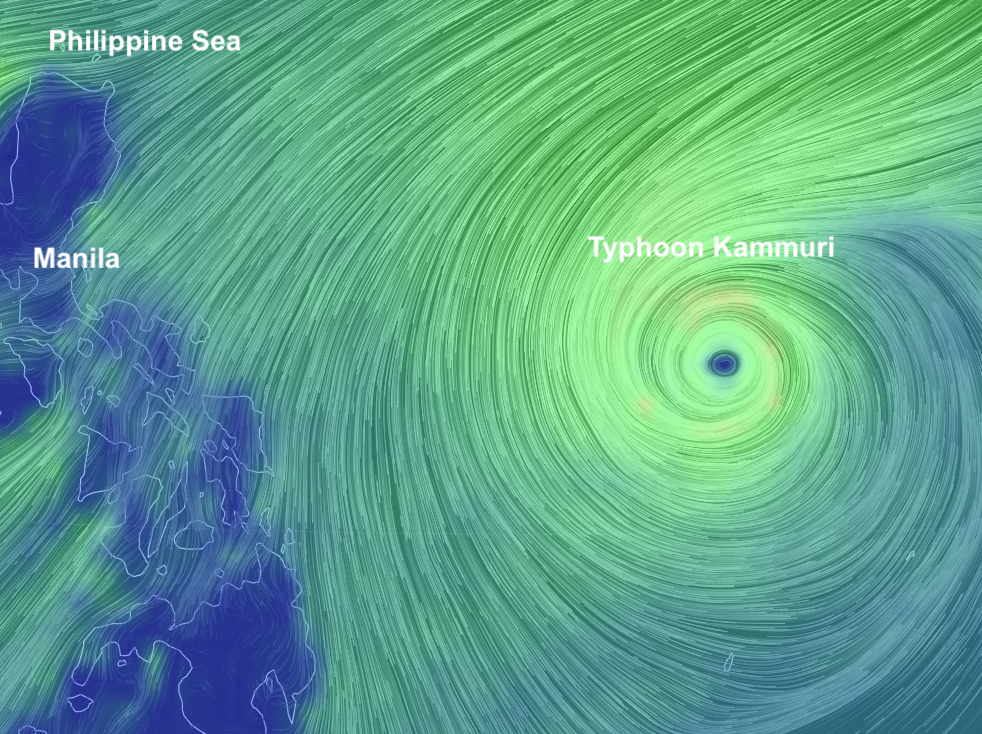 Somehow unexpectedly, typhoon Kammuri is struggling with the more rapid intensification. Although the extremely intense deep convection is ongoing, the system is not yet ready to form an eyewall and better organization. The whole system is quite large and spinning, but there is no eye feature visible. Kammuri is now on its gradually accelerating west movement and continues strengthening, packing 75 knots sustained winds with a central pressure around 973 mbar – the latest model guidance suggests it could potentially reach at least a Category 3 strength by Monday, just before landfall on Philippines. Severe weather Europe