It started raining in Sept and hasn't stopped since: Half the average rainfall of November falls in the last 24 hours causing the Met Office to issue another 45 flood alerts in the UK

The United Kingdom is once again being drenched with torrential rain as half of the average rainfall of November has fallen in the last 24 hours causing the Met Office to issue another 45 flood alerts to a very weary population.

The Met Office is expecting heavy rain and strong winds throughout Saturday and into Sunday, with 48-hour weather warnings currently in place for the south-west of England as of this morning. Flooding of homes and businesses is 'likely', forecasters are warning, as are power cuts and disruption on the roads and railways. 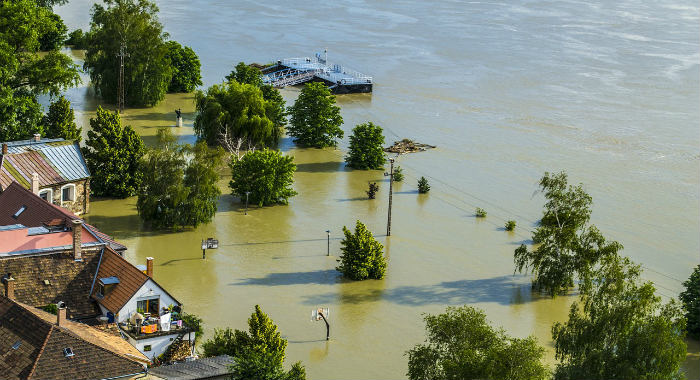 November has been a disaster for the UK after persistent torrential rain. The rain started in late September when Storm Lorenzo which brought strong winds to the west of Ireland before crossing the UK on 3rd October. Lorenzo was a mid-Atlantic hurricane but weakened rapidly as it tracked north-east past the Azores toward the west coast of Ireland. The storm followed a spell of unsettled wet weather across England and Wales during late-September causing disruption and flooding. Torrential downpours across parts of Wales, the Midlands and southern England on 1st of October also brought localised flooding and disruption, it has continued to rain in some areas since then with hardly a pause
The persistent wet weather continued throughout October 2019 as slow-moving westerlies rolled in from the Atlantic. Some locations across Wales and northern England received a full months rain often in just a couple of hours. The heavy rain, which was falling on already very wet ground, led to flooding disruption across Wales, Shropshire, Staffordshire and Manchester. Altogether The Environment Agency has 44 flood warnings in place across the country, including five severe warnings on the River Don in South Yorkshire.