A mag 5.4 earthquake rocks Bosnia hours after the strongest tremor in decades rocked Albania along with 3 large aftershocks: Mag 4.6 shakes Greece: All in area of 'historic' rain 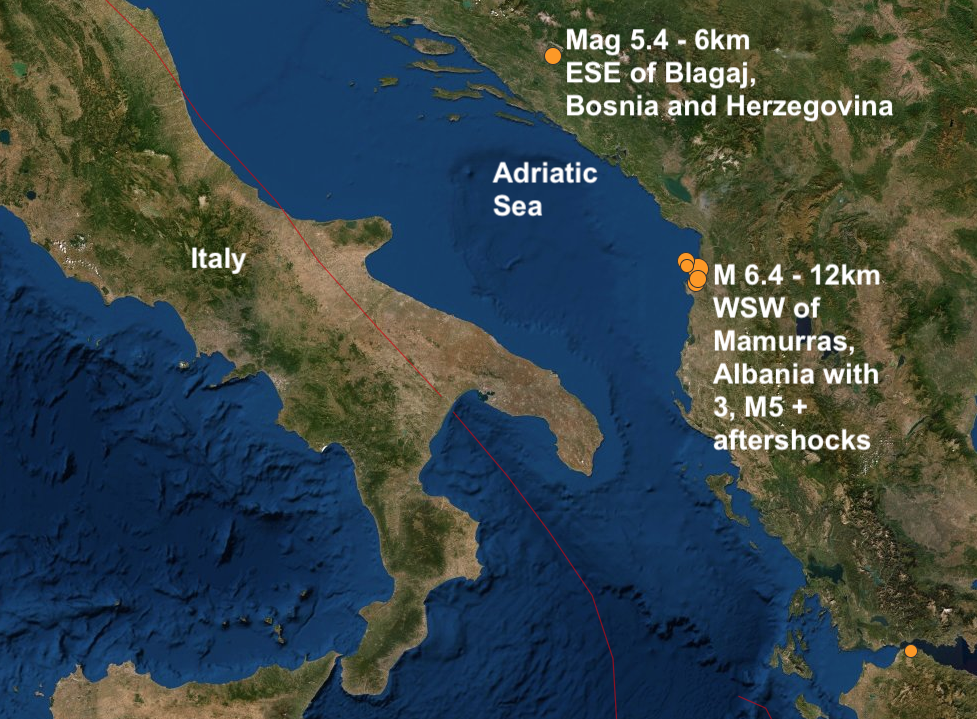 A magnitude 5.4 earthquake has rocked Bosnia on Tuesday with an epicentre 75 km (45 miles) south of Bosnian capital Sarajevo, just hours after the strongest tremor in decades rocked Albania, the European-Mediterranean Seismological Center reported. There were no immediate reports of injuries or structural damage. At least seven people died in the quake that hit Albania’s capital Tirana and the surrounding region, causing buildings to collapse and burying residents under rubble.

The quakes and aftershocks have occurred where 'historic' and torrential amounts of rain fell over the weekend. Full story

A mag 4.6 shook Ano Kastritsion, Greece in an area where on Monday two people were killed after their moored sailing boat sank in Antirio town, western Greece, amid severe weather.
Storm Gyrionis created havoc in towns across the country. In Kineta, south of Athens, the Fire Service evacuated dozens of people from flooded homes. Heavy rain and debris have shut down both the Athens-Corinth highway, near Elefsina, and the old road connecting the two cities.