It could be the strongest storm the country has faced since Kanogawa Typhoon in 1958: Typhoon Hagibis disrupts Rugby World Cup and Formula 1 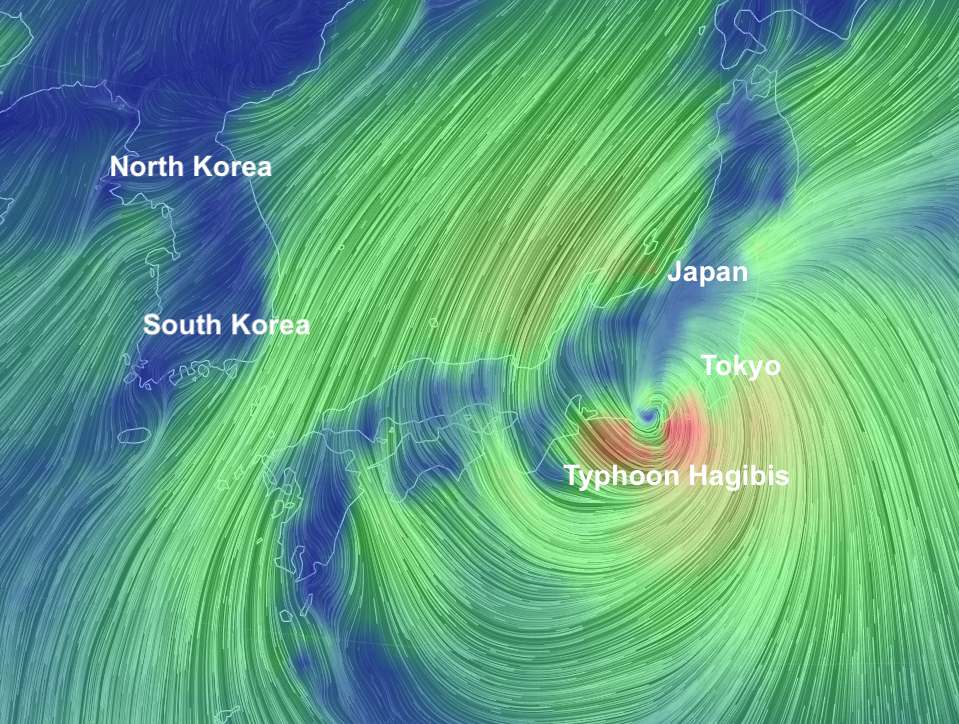 Japan is bracing itself for what could be its heaviest rain and winds for 60 years as Typhoon Hagibis edges closer. Hagibis is hitting winds of 180km/h (111mph) which could cause floods and landslides, the Japan Meteorological Agency says. The typhoon is expected to hit the most populous island of Honshu on Saturday. Shops, factories and train networks have been shut down while the Rugby World Cup and the Formula One Grand Prix are facing disruption.

Authorities have issued evacuation advisories in areas at particular risk, while supermarkets are running low on stocks as people buy supplies before the typhoon hits. Hagibis, which means "speed" in the Philippine language Tagalog, is due to hit Japan on Saturday.

Hurricanes, typhoons and cyclones: What's the difference? It could be the strongest storm the country has faced since Kanogawa Typhoon in 1958, which left more than 1,200 people dead or missing. "The typhoon could bring record-level rainfall and winds," an official at the meteorological agency said, citing the risk of floods and landslides. The typhoon has been making the most headlines due to its disruption of the Rugby World Cup and Japanese Grand Prix. Two World Cup games billed for Saturday have already been cancelled, and declared as draws, while Formula 1 has cancelled all activities at the Japanese Grand Prix on Saturday. But the impact on the local population could be serious. People have been stocking up on provisions for the coming days on the advice of authorities, leaving supermarkets with bare shelves.