Hurricane Dorian to hit Florida as a category 4+ monster! Third straight year the U.S. has endured a landfalling major hurricane – a streak not accomplished in nearly 60 years 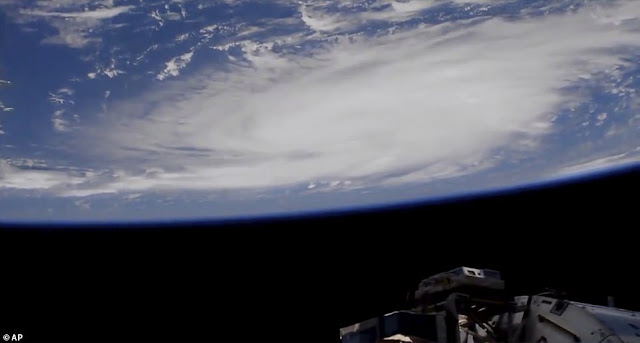 It's intensifying and is probably going to make landfall on the Florida Eastcoast as a category 4+ hurricane with President Trump claiming Florida faces an "absolute monster."
Hurricane Dorian began gaining power last night jumping from 85 mph (137 kmh) to 105 mph (165 kmh) and with higher wind gusts, making it a Category 2 storm on the 5-step Saffir-Simpson scale for measuring hurricane intensity, according to Reuters.
“Now it’s looking like it could be an absolute monster,” Trump said in a video posted on Twitter, adding that food and water were being shipped to Florida.
“It does seem almost certain that it’s hitting dead centre and that’s not good. The winds seem to be building at a tremendous rate. It looks like the winds are going to be unbelievably high.”
If Dorian makes landfall at that strength, this will be the third straight year the U.S. has endured a landfalling major hurricane – a streak not accomplished in nearly 60 years, according to the Weather Channel.