Another 1250 quakes of all magnitudes rocked Southern California bringing the total to 2,750 in the last 48 hours: Another 100 quakes hit the Coso Volcanic Field 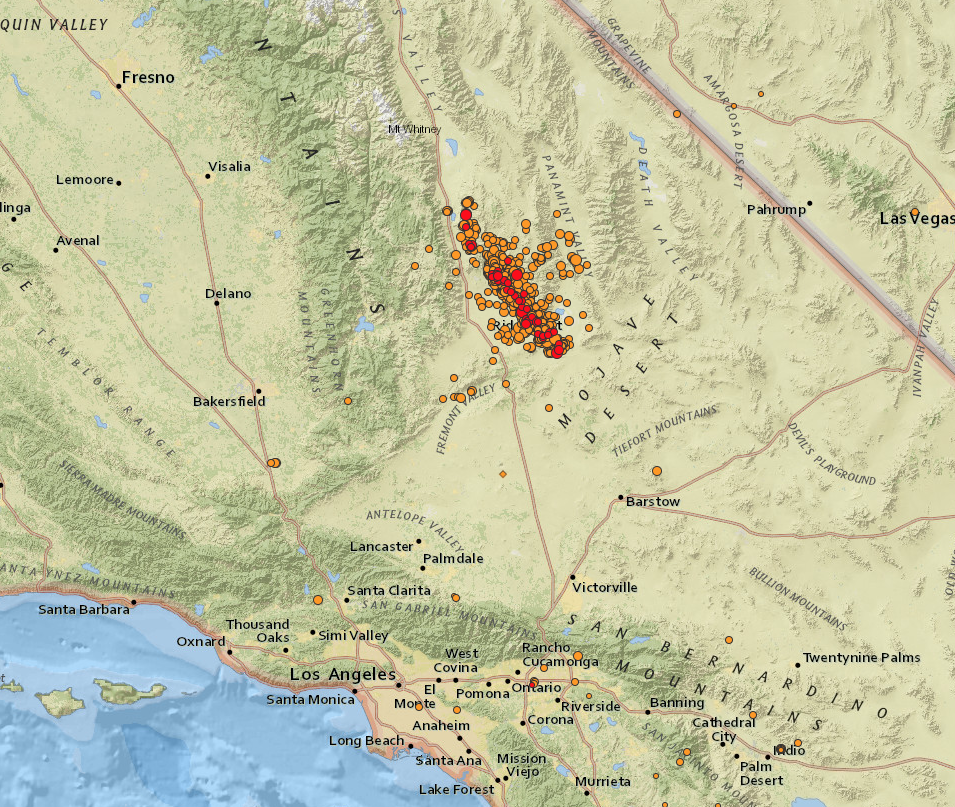 Southern California is still rumbling as another 1250 quakes of all magnitudes rocked the area in the last 24 hours after the magnitude 7.1 struck on Friday with almost 100 of them on or close to the Coso volcano range.
In the last 48 hours, a swarm of 2.750 of all magnitudes have rattled the area. 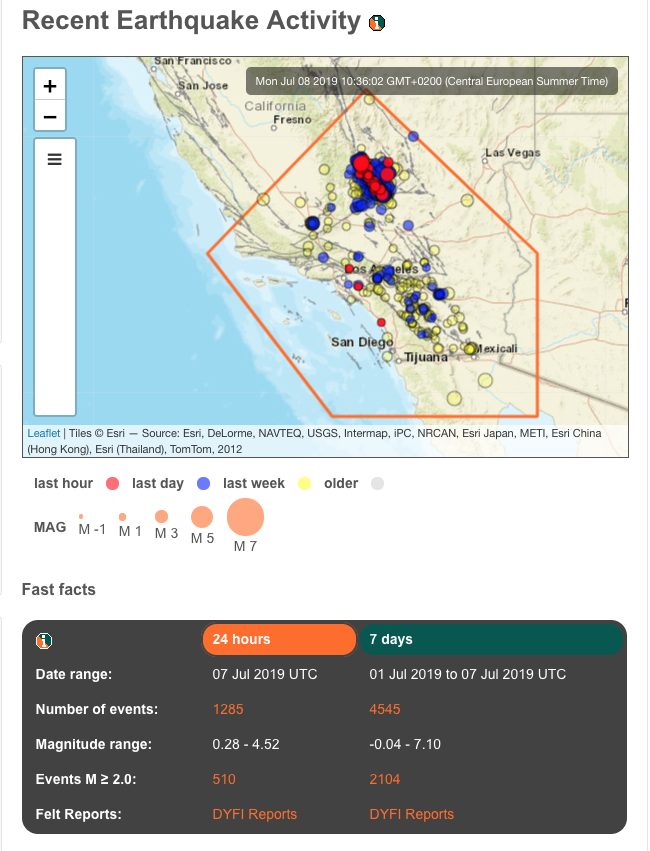 Experts are worried as the northern part of the swarm is adjacent to the Coso Volcanic Field, which is located on the eastern side of the Sierra Nevada mountains at the northern end of the Mojave Desert, about 64 km (~40 miles) north of Ridgecrest.
The field covers about 150 square miles primarily within the Naval Air Weapons Station at China Lake and is comprised of lava domes, lava flows, and cinder cones erupted over the past 250,000 years.
The most recent eruption was about 40,000 years ago.
In the hours after the massive magnitude of 7.1 tremor, seismologists have recorded thousands of aftershocks.

On Thursday, the 20th of June The Big Wobble reported, a swarm of nearly 3,000 earthquakes had hit California in the last 30 days, leaving experts asking, how nervous should we be?
The swarm turned out to be the precursor to the two biggest quakes to hit the area in 25 years. Full story