When will the so-called "big one" arrive? A total of 430 quakes struck Riverside and San Bernardino counties California on Monday morning 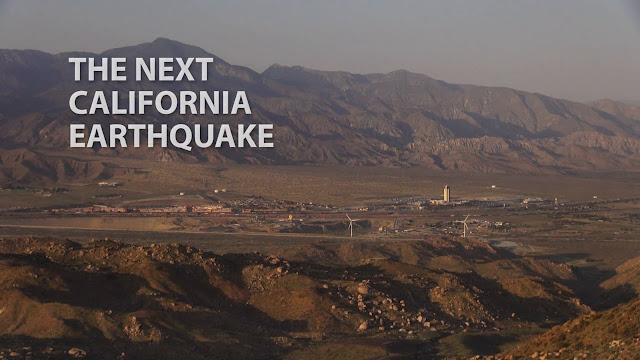 The so-called "big one" will not be triggered by an earthquake swarm that struck in Riverside and San Bernardino counties over the past eight days, scientists at Caltech and the U.S. Geological Survey said Monday.
Dubbed the Glen Avon Earthquake Swarm, hundreds of earthquakes that began on May 25 and continued through Monday, the largest a magnitude-3.2 on Sunday about 3 miles north-northwest of Glen Avon.
There were a total of 430 quakes as of Monday morning, 23 of them between magnitude-2 and magnitude-3, according to the USGS.
Then, come Monday night, another 3.3 magnitude quake struck the Inland Empire.
That one was a bit east of the swarm, in the Banning area.
In addition, another quake in the swarm topped magnitude-3, a magnitude-3.1 that struck on May 25, according to Caltech and the USGS.
Despite their small magnitude, some of the quakes were felt because of their relatively shallow depth of about 1.6 miles.
"Based on past historic recordings, this swarm is only expected to generate events of magnitude less than 4.0," according to a Caltech-USGS statement.
Quakes in the area between Chino and Riverside are common, according to Caltech and the USGS. "Earthquake swarms are characterized as clusters of events in space and time that have no obvious mainshock," according to the Caltech-USGS statement.
As for just why this swarm may have occurred?
That's the million-dollar question.
"There are a number of reasons swarms happen, and we don't always know which of the reasons are causing them," Caltech's Nick Scheckel told the Press-Enterprise.
"This area could have a lower threshold, so it could experience smaller earthquakes more often, or it could be that there is some fluid pressure underneath - water flow - that can cause these, and there can be other tectonic factors... but we don't know exactly what the cause."

According to the La Times, it has been almost five years since California experienced its last earthquake of magnitude 6 or stronger.
But scientists say the calm period will end, with warnings about seismic dangers ranging from the Big One on the San Andreas fault to catastrophes that could come from lesser-known faults, such as the Hayward or Newport-Inglewood.
Researchers also recently discovered that the state has experienced 10 times more earthquakes than previously known.
They documented 1.8 million earthquakes in Southern California over the last decade, the vast majority so small that they had been undetectable to computing systems.
Previously, only 180,000 earthquakes were on record for the last 10 years.
Scientists are now better able to identify previously undiscovered faults, detect patterns of moving earthquake swarms — like the one in Riverside County — and identify faint clusters of foreshocks that occur before a larger earthquake.