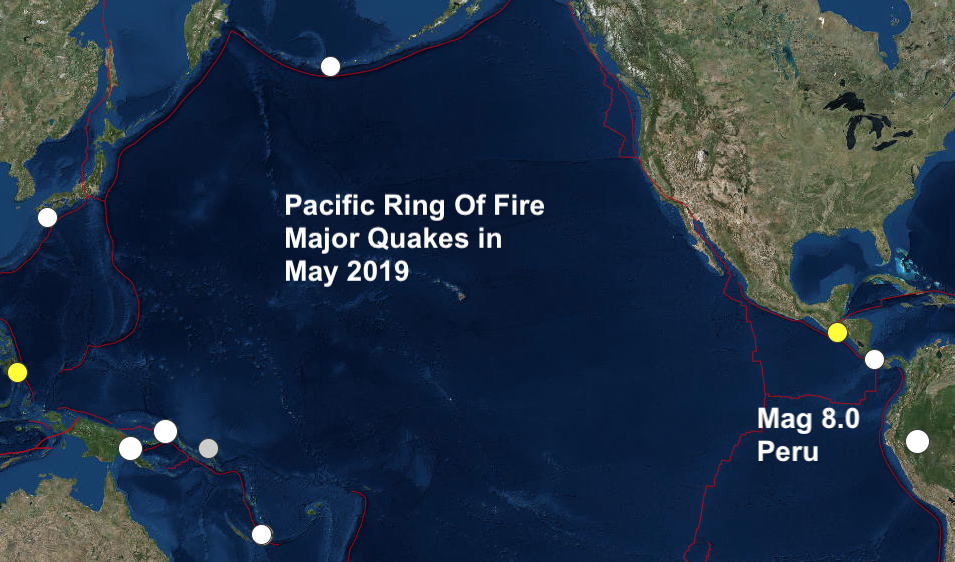 Bay of Plenty residents got a shaky start to winter with just under 100 earthquakes around north Taupo since yesterday afternoon.
Between 4.30pm and 9.30pm yesterday, just under 100 earthquakes were registered in a swarm about 25-30km north of Taupo.
The largest of these quakes was a magnitude 3.1 at a depth of 4km which was felt and reported 181 times.
The latest shake was at 4.37am today 25km north of Taupo, a magnitude 1.6 and 4km deep.
Quake swarms are common in the Taupo Volcanic Zone, with most lasting only short periods of time, usually a day or two.
A swarm is a sequence of earthquakes which strike in a short period of time, located close to each other.
Although large earthquakes sometimes follow smaller associated earthquake swarms, swarms of seismic activity did not necessarily indicate that a large earthquake would follow.
GeoNet will monitor the swarm and update if the situation changes.

However, a swarm of earthquakes rocked White Island, New Zealand with 196 quakes of various magnitudes recorded last Thursday.
White Island, or Whakaari, lies 50km offshore from Whakatane and is an active marine volcano. GeoNet duty volcanologist Natalia Deligne confirmed that a swarm of quakes started on Thursday and over the last 24 hours the rate and magnitude had increased.

Earlier today,  The Big Wobble  reported an earthquake swarm that struck in Riverside and San Bernardino counties over the past eight days, scientists at Caltech and the U.S. Geological Survey said Monday.
Dubbed the Glen Avon Earthquake Swarm, hundreds of earthquakes that began on May 25 and continued through Monday, the largest a magnitude-3.2 on Sunday about 3 miles north-northwest of Glen Avon.There were a total of 430 quakes as of Monday morning, 23 of them between magnitude-2 and magnitude-3, according to the USGS.Then, come Monday night, another 3.3 magnitude quake struck the Inland Empire.That one was a bit east of the swarm, in the Banning area.In addition, another quake in the swarm topped magnitude-3, a magnitude-3.1 that struck on May 25, according to Caltech and the USGS.Despite their small magnitude, some of the quakes were felt because of their relatively shallow depth of about 1.6 miles."Based on past historic recordings, this swarm is only expected to generate events of magnitude less than 4.0," according to a Caltech-USGS statement.

12 major quakes were recorded in May, however, the biggest quake of the year, a massive, magnitude 8.0 rocked the west coast of Peru with a further magnitude 7.5 and a magnitude 7.1 rocking Papua New Guinea.Another interesting observation was all the major quakes of May occurred around the Pacific Ring Of Fire which coincides with a large uptick of volcano activity.

The recent uptick in volcanic activity continues...Mount Merapi by Indonesia's cultural capital of Yogyakarta spewed ash columns up to 3,000 meters into the sky over the weekend, local media reported on Sunday (June 2).Indonesia's Geological Disaster Research and Development Centre said that by Saturday the country's most active volcano had emitted 72 ash columns from its crater since it started showing signs of forming ash columns and spewing incandescent lava in late January, state news agency Antara reported.Agency head Hanik Humaida said that - based on the ash-column activity - the volcano's lava dome could potentially cause a lava avalanche of 458,000 cubic meters in the volume that would move up to 3km from the crater toward the river Gendol.The agency also reported multiphase and low-frequency tremors occurring at the crater of the volcano, which is a popular hiking spot on the border of Yogyakarta and Central Java provinces. "Based on those volcanic activities, the volcano status remains on caution alert level.A 3-km radius exclusion zone from the crater remains in place and tourist objects outside the exclusion zone are safe for tourists to visit," Humaida said.The 2,968-metre high Merapi's last deadly eruption was in 2010 and its last major eruption which caused people within a 5-km radius to vacate the area and Yogyakarta's airport to close was in 2018.  A magnitude 6.2 quake struck southwest of the Indonesian city of Sibolga on the island of Sumatra on Monday, the U.S. Geological Survey said.There were no immediate reports of casualties or damage.There was also no tsunami warning from the Hawaii-based Pacific Tsunami Warning Center immediately after the quake.Aleutian volcanic Activity Summary: A small steam explosion at 21:40 AKDT June 1 (5:40 UTC June 2) was detected at Great Sitkin Volcano in local seismic data.No corresponding signal was seen in regional infrasound data or cloudy satellite observations.Low-level seismic activity was elevated just before and after the event.In response to this activity, AVO is raising the Aviation Color Code YELLOW and Alert Level to ADVISORY.A volcano on the Indonesian island of Bali erupted Friday, spewing a plume of ash and smoke more than 2,000 meters (6,500 feet) into the sky.Mount Agung, about 70 kilometres from the tourist hub of Kuta, has been erupting periodically since it rumbled back to life in 2017, sometimes grounding flights and forcing residents to flee their homes. The latest eruption shortly before noon on Friday shot a cloud of volcanic ash high into the sky, but caused no disruption to flights, Indonesia's geological agency said.Agung remained at the second highest danger warning level, and there is a four-kilometre no-go zone around the crater.Last summer, dozens of flights were cancelled after Agung erupted, while tens of thousands of locals fled to evacuation centres after an eruption in 2017.The last major eruption of Agung in 1963 killed around 1,600 people.Indonesia is situated on the Pacific "Ring of Fire", a vast zone of geological instability where the collision of tectonic plates causes frequent quakes and major volcanic activity.This week Pacific Ring of Fire has ramped itself up with the biggest quake of the year so far, along with major volcano eruptions.Mount Sinabung Volcano, North Sumatra exploded during, generating an ash plume that rose to possibly up to 15 km altitude (50,000ft).The height of the plume was estimated by VAAC Tokio using satellite imagery.It quickly drifted and dissipated in southerly directions.On May the 28th, the fiery grumbling colossus, Mount Agung volcano once again erupted on the Indonesian holiday island of Bali.Mount Agung volcano spewed out lava and showers of rocks over a distance of about 3 km (2 miles), with ash falling over dozens of villages, officials said.According to Reuters, authorities had 50,000 masks available as a precaution though the alert level on the volcano remained unchanged and there had been no evacuations.
A massive earthquake with a magnitude of 8.0 stuck northern Peru according to the United States Geological Survey.
The quake, at an “intermediate depth” of around 110 kilometres, was felt around the country and even hundreds of miles away in the capital city of Lima, local authorities reported.

The Philippine Institute of Volcanology and Seismology (Phivolcs) recorded 14 volcanic earthquakes during a 24-hour observation of Taal Volcano in Batangas.Likewise, based on Phivolcs' field measurements since May 16, the western sector of Taal Volcano's main crater lake yielded an increase in water temperature from 32.2 degrees Celsius (°C) to 33 °C, a decrease in water level from 0.18 meter to 0.08 meter, and decrease in acidity from pH 2.87 to pH 2.83.
Mont Etna, Italy, a new eruption started on Friday when a small effusive fissure opened on the south-south-eastern base of the New SE crater and generated a small lava flow which is still active now.Another lava flow originated from a vent on the SE side on the same cone, near the area where the eruption in Dec 2018 had started.The seismic activity started to rise last evening, peaked around midnight, then decreased a bit, but has been more or less stable since.According to Volcanodiscovery.com, the eruption which began in the early hours of 30 May 2019 from new fissure vents on both the NE and SE sides of the New Southeast Crater continues with little change.Two lava flows, well fed, are moving into the Valle del Bove accompanied by loud strombolian activity at the vents.
An expedition leader and correspondent Enku reported that an explosion occurred in the Danakil Depression around 01:47 am local time on 27 May, and possibly came from a (presumably short-lived) eruption.According to his report, a fissure opened in the area north of Afdera volcano and south of the Erta Ale range, Ethiopia, near the contact between the salt plain and the volcanic range.Contacts from on location and at the university confirmed him that an eruption actually took place and formed a small cone.We were not able to confirm that an eruption actually took place independently as no heat signals or ash plumes, nor unusual seismic activity or other news have been found so far.