Hell on Earth: And now the wildfires rage out of control after Continental Europe rocked by record 45.9 degrees Celsius (114 degrees Fahrenheit) 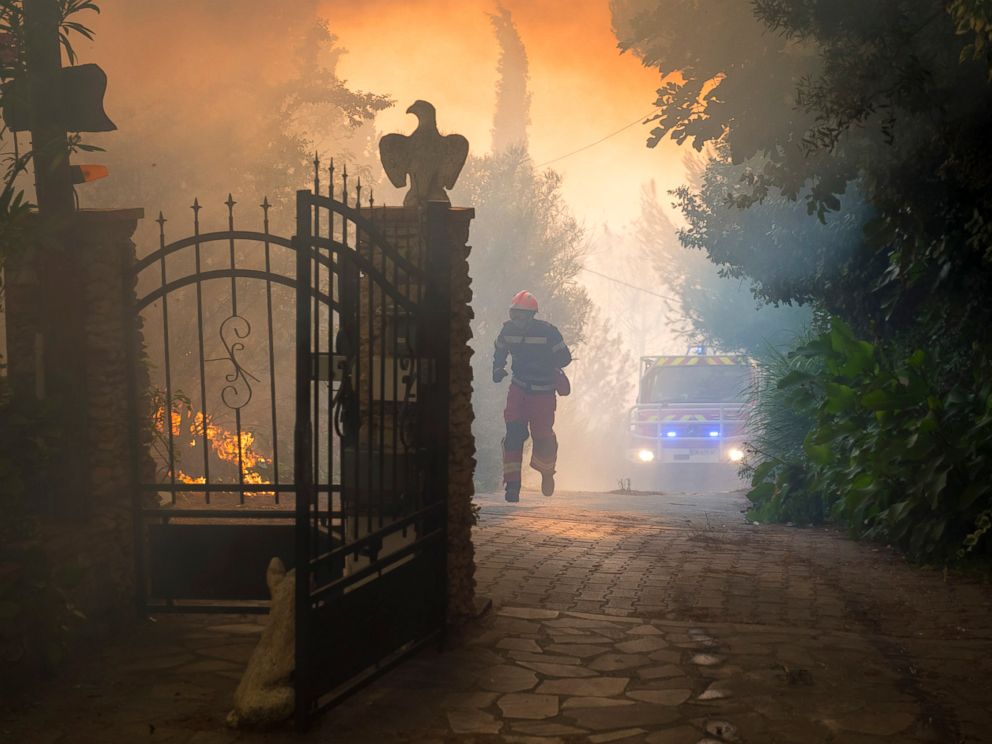 Hundreds of firefighters battled on Saturday to contain wildfires in southern France as a stifling heatwave brought record-breaking temperatures to parts of Europe, killing at least three people in Italy.
In the Gard region, where France's highest temperature on record was registered on Friday at 45.9 degrees Celsius (114 degrees Fahrenheit), scores of fires burned some 600 hectares (about 1,500 acres) of land and destroyed several houses and vehicles, emergency services said.
More than 700 firefighters and 10 aircraft were mobilized to tackle the fires in the Gard, some of which caused sections of motorways to be temporarily closed.
Several firefighters were hurt but no serious injuries were reported.
French media said a man had been arrested for deliberately starting fires in one Gard village.
The extreme heat was expected to ease on Saturday in southern France but highs were still forecast at close to 40 degrees.

A major wildfire in northeastern Spain is raging out of control for a third straight day.
Several hundred firefighters are at the blaze in the Catalonia region Friday as Spain is forecast to endure the peak of a recent heat wave, with temperatures expected to exceed 40 degrees Celsius (104 Fahrenheit).

Officials say cooler overnight temperatures allowed crews to slow the fire's advance, but authorities say it is the region's worst fire in two decades and 20,000 hectares (50,000 acres) are at risk.
Miquel Buch, the regional interior minister, is asking people to exercise extreme caution in forested areas. He says fire services are at full stretch "and we can't allow another wildfire to break out." Some 500 people were evacuated to a school gym.
Others were told to stay indoors.