A maximum temperature of 47-degrees C, (117 deg F) in India's capital Delhi Friday, which residents had to endure with poor air quality from major pollutants 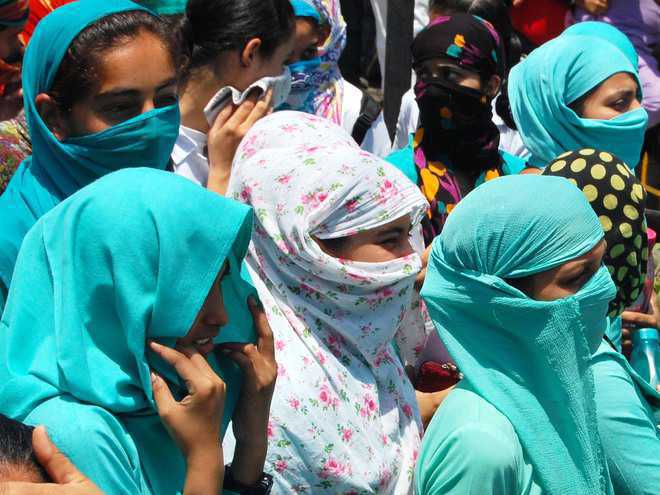 Photo tribuneindia.com
The national capital Friday sweltered under heat wave conditions with the mercury rising to the season's high of 44.8 degrees Celsius.
The city recorded a low of 28.4 degrees Celsius.
Humidity levels oscillated between 20 and 59 per cent.
The weather stations at Ayanagar and Palam recorded the mercury at 46 and 46.2 degrees Celsius respectively.
Private agency Skymet Weather showed the maximum temperature touched the 47-degree mark in the diplomatic enclave of Chanakyapuri.
The severe heat wave at isolated pockets reported in the Delhi-NCR region," the India Meteorological Department said.
The city is likely to record a high of 45 degrees Celsius and a low of 29 degrees Celsius on Saturday. Any relief from the scorching heat is unlikely in the next four-five days, a MeT official said.
The MeT department on Friday issued a "red-colour" warning for the national capital.
The IMD has four colour-coded messages -- green, yellow, amber and red.
Green indicates normal conditions while red denotes extreme weather situations.
However, IMD's regional weather forecasting chief Kuldeep Srivastav said from June 2, the maximum temperature may drop by one or two notches due to wind activity.
"The wind direction will change from June 2 onwards.
Easterly winds from the Bay of Bengal will travel to Delhi-NCR via Uttar Pradesh.
It will lead to dust storm or thunderstorm in the national capital and nearby areas," he said.
Overall air quality in Delhi remained in the "poor" category with PM10 being the major pollutant "due to local dust lifting and increased heating", government-run System of Air Quality and Weather Forecasting And Research (SAFAR) said.
"The maximum temperature is likely to rise further over major parts of northwest India during the next 48 hours.
Due to this high temperature, ozone pollution will increase further and ozone AQI is predicted to enter the higher end of moderate to the poor (category) for the next two days which is very rare for Delhi," it said.