The biggest locust plague in more than 25 years hits India: "A very small swarm eats as much in one day as about 35,000 people!" 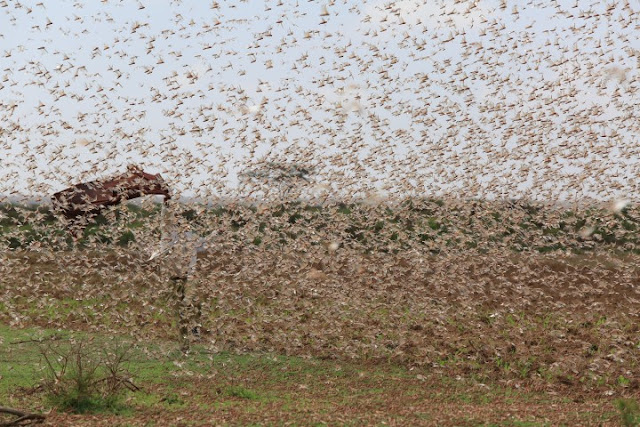 "A very small swarm eats as much in one day as about 35,000 people!"
In what is becoming an increasing problem in 2019 yet another locust plague is attacking crops on an unsuspected country.
An army of locusts coming from the Pakistan side has laid siege to a western Indian border district. Rajasthan's Jaisalmer district is witnessing the biggest attack in 26 years, said the Locust Warning Organisation (LWO), headquartered in Jodhpur.
According to the officials, locust hunters are trying to limit the damage.
The last major locust outbreak was reported in Rajasthan in 1993.

So far in 2019, Mexico, Saudi Arabia, Iran, Pakistan, Yemen and Oman and now India have all been in the path of a massive locust swarm.