Tropical cyclone Fani is expected to reach Super Cyclonic Storm status, equivalent to a Category 5 hurricane with more than 100 million people in its path. 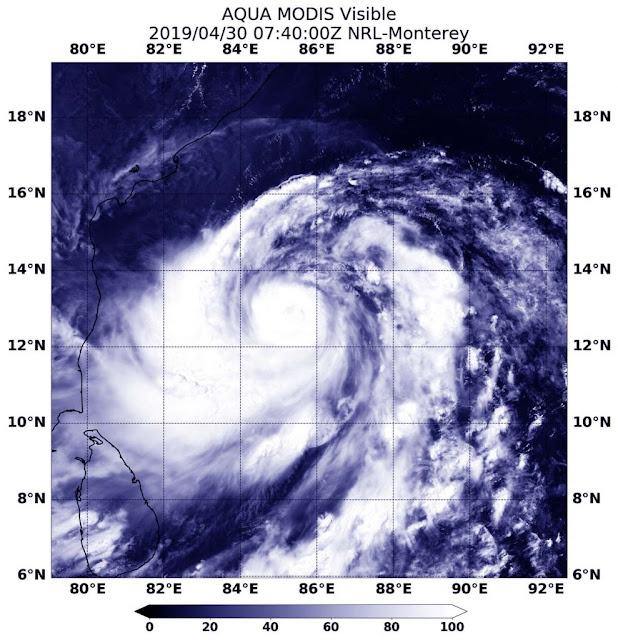 On April 30, at 3:40 a.m. EDT (0740 UTC) the MODIS instrument aboard NASA’s Aqua satellite provided a visible image of Tropical Cyclone Fani in the Northern Indian Ocean showing powerful thunderstorms around the centre of circulation. Credit: NASA/NRL

Tropical cyclone Fani is gathering strength in the Bay of Bengal and is already equivalent to a category 3 hurricane as it barrels toward the eastern Indian coastline with more than 100 million people in its path. 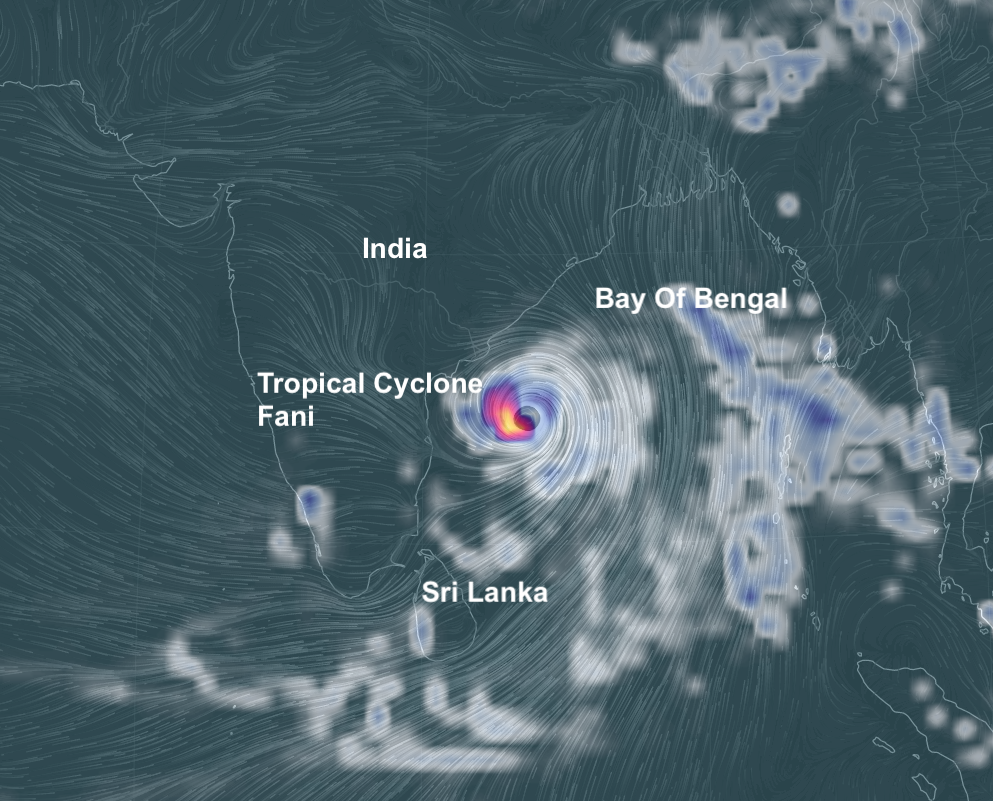 According to Accuweather, additional strengthening is expected into Thursday as Fani could bring winds in excess of 213 km/h (132 mph), equal to a Category 4 hurricane.
There is a chance that Fani could briefly become a Super Cyclonic Storm, equivalent to a Category 5 hurricane, during this time.
Fani is expected to remain a powerful and dangerous cyclone as it approaches and makes landfall along the coast of eastern India between Thursday night and Friday.
Residents from northern Andhra Pradesh to Odisha, Jharkhand, West Bengal and Bihar are at risk for impacts from the approaching cyclone.

According to the IMD, only 14 severe tropical cyclones have formed in the month of April since 1891 and only 1 of them ever made landfall, Cyclone Fani will be the second