"The rash can be severe and last for several weeks!" Toxic caterpillars causing severe rashes and asthma attacks hit parts of the UK 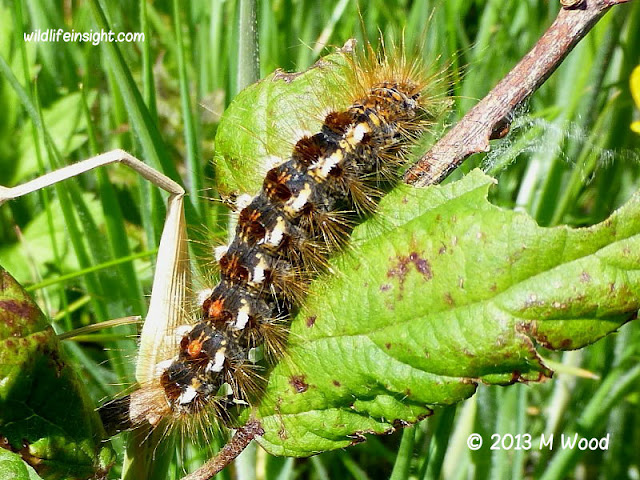 Toxic caterpillars that cause severe rashes and even asthma attacks have been spotted all around Milton Keynes.
The harmless-looking brown-tail moth caterpillars are covered in tiny barbed and poisonous hairs that result in a dermatitis-type rash similar to poison ivy on human skin.
People do not even have to touch the creature to be affected, as the hairs can be shed and spread through the air on breezy days.
If they get caught in the mouth or throat, they can cause asthma sufferers to wheeze and other people to experience burning, irritation or itchiness.
One reader noticed a caterpillar in her garden but did not touch it.
Within hours her neck was covered in a bright red rash.
"At first I thought it was mosquitoes.
Only when I Googled the caterpillar with 2 orangey red dots did I realise what it was," she said.
"I had been sitting outside in the wind and the hair must have been airbound."
The caterpillars, which are native to Europe and Asia, are covered in the barbs to deter predators. Recent invasions of them have been reported in the US and also coastal areas of Britain.
They typically emerge in April to begin feeding prolifically on garden foliage and shrubs, occasionally moulting to shed hairs as they grow.
A spokesperson for the Royal Horticultural Society said, "Most people affected by the hairs develop a localized rash that will last for a few hours up to several days.
But on some sensitive individuals, the rash can be severe and last for several weeks."
He added: "The rash results from both a chemical reaction to a toxin in the hairs and a physical irritation as the barbed hairs become embedded in the skin.
Respiratory distress from inhaling the hairs can be serious. In some areas, this month is abundant and can be a public health problem, as well as having a severe impact on the growth of trees and shrubs." The caterpillars are up to 30 mm [1.2 in] long and blackish in colour with a white band along the sides and 2 reddish tubercles at the rear.
The moth they hatch into is pure white with brownish hairs on the tip of the tail.