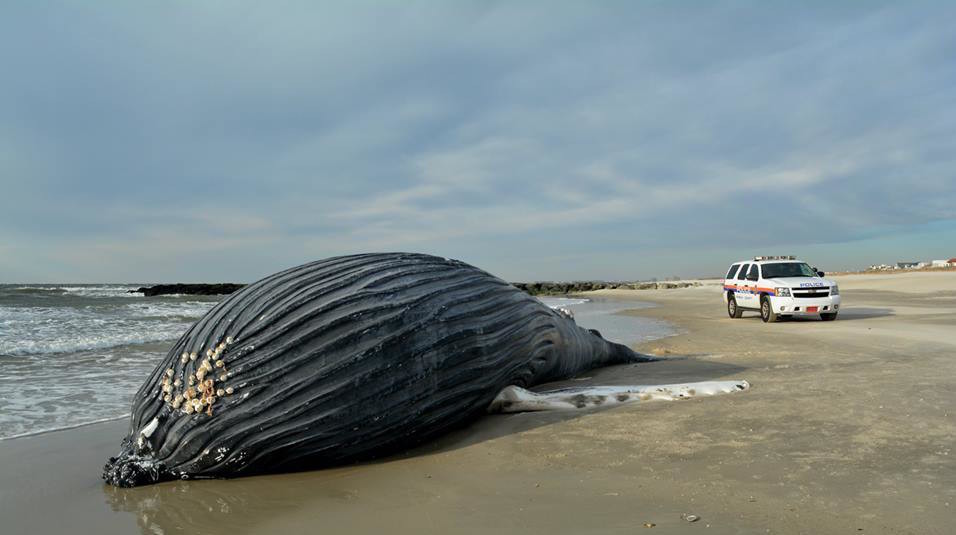 For more than two years, scientists have been working to figure out the underlying cause of a so-called “unusual mortality event.
From January 2016 to mid-February 2019, the National Oceanic and Atmospheric Administration (NOAA) recorded 88 humpback whale strandings with New York, Virginia, and Massachusetts at the top of the list.
Those numbers are more than double the number that of whales stranded between 2013 and 2016.
This increase prompted NOAA to declare an “unusual mortality event” in April 2017 for humpbacks from Maine to Florida. Nearly two years later, the declaration still stands.
NOAA is flirting with shipping channels as the reason for the huge spike in humpback whale strandings.
But if we step back and look at the bigger picture we can see the problem is on both sides of the Atlantic and not just with humpback whales.
On the 3rd of March, it was revealed already 600 dolphins had washed up dead in 2019, with many more dolphins dead at the bottom of the ocean or have washed out to sea rather than ending up on the beaches.
While dead dolphins wash up on beaches in France each year scientists say the situation is alarming with the figure being much higher than any previous year at the same period.
Cornwall Live reported at the end of January that experts had recorded 30 dead dolphins and porpoises which have been washed up on Cornwall’s coastline in January alone.
Wildlife experts are raising their concerns after eight marine mammals washed up along the Dorset coast during a three-week period.
Yahoo News claimed since February 4, six dolphins and porpoises, and two seals had been discovered dead by the public and conservation experts are worried the deaths could be linked to a nearby oil well drilling that started this month.
At the end of February, the Irish Examiner reported seven dolphins and a sperm whale had been found dead in the past week along the Cork coastline.
Mick O’Connell, stranding officer with the Irish Whale and Dolphin Group (IWDG), said that is an unusually high number of strandings in a short space of time.
The Guardian claimed in February, scientists are scrambling to understand the sudden death of an estimated 20,000 guillemots off the Dutch coast, hundreds of which are washing up on the country’s shoreline.
Thousands more of the birds were thought to have died out at sea.
In January Publico reported six dead whales off the coast of Galicia Southern Spain had died in less than a month.