Cyclone Trevor: Largest ever evacuation under way in Australia's Northern Territory as a state of emergency declared 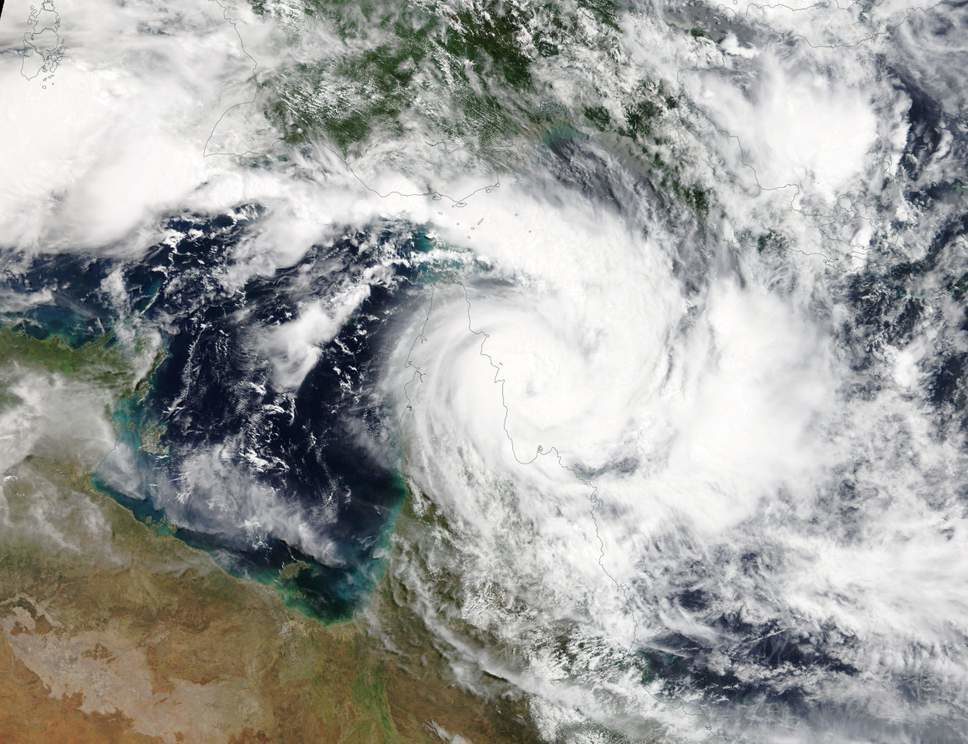 With more than 1,000 thought to be dead and fears for another 500,000 with 90% of the Mozambique city of Beira destroyed by Cyclone Idai, 2019's extreme weather continues to intensify.
The largest evacuation before a cyclone in Australia's Northern Territory history is underway as Cyclone Trevor takes aim, to make landfall on Saturday.
Already in 2019, Australia has suffered its hottest January ever the wettest February ever the hottest start to Autumn in 30 years the hottest March heatwave in 52 years and now Australia's Northern Territory is set to be battered by the strongest cyclone since 2015.
More than 1000 residents have been evacuated from Groote Eylandt and Numbulwar with another 1000 people being moved out of Borroloola, the McArthur River zinc mine, Robinson River and other communities all along the Gulf of Carpentaria coast to Queensland.
The entire NT Gulf coast is on flood watch with gale-force winds, heavy rain and storm surge extending 300km from the eye of the cyclone.
As Cyclone Trevor tracks across the Gulf of Carpentaria, the Bureau of Meteorology is forecasting that the cyclone will make landfall between Borroloola and Groote Eylandt during Saturday as a category four severe tropical cyclone.
According to the Bureau of Meteorology, the storm could strengthen to a category five with winds of more than 300km/h making Cyclone Trevor the strongest since 2015