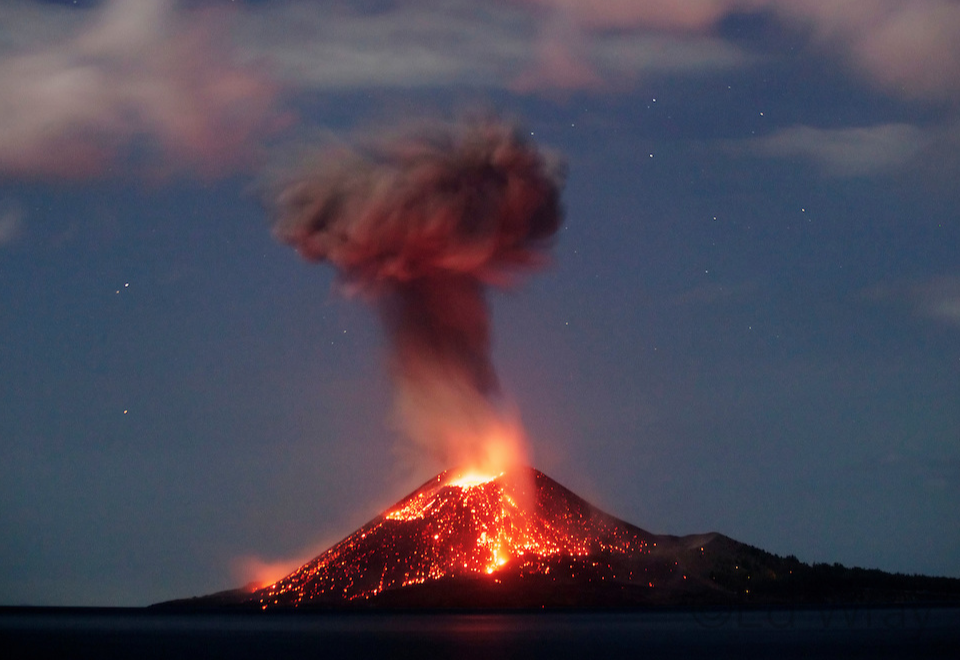 All flights around Indonesia's Anak Krakatau volcano have been re-routed and the alert level has been raised to the second-highest possible after a series of eruptions spewed out lava.
A five-kilometre exclusion zone around the volcano has also been imposed, the BBC reported on Thursday.
Indonesia's Disaster Management Agency (BNPB) said the alert level has been raised from two to three because of fluctuating eruptions.
"The volcanic activity of Anak Krakatau continues to increase," BNPB said, citing data from the Volcanological Survey of Indonesia.
Eruption activity is still ongoing.
The danger zone has been extended from two kilometres to five kilometres... people and tourists are prohibited from carrying out activities within a five-kilometre radius, it added.
On December 22, the volcano triggered a tsunami which hit the Sunda Strait coasts, killing over 400 hundred people while more than 22,000 are still missing.
It is believed that the volcanic activity from Anak Krakatau set off undersea landslides which in turn generated the killer waves.