The 4th quake of magnitude 7 or higher in December rocks Mindanao, Philippines raising fears of tsunami across the region now withdrawn 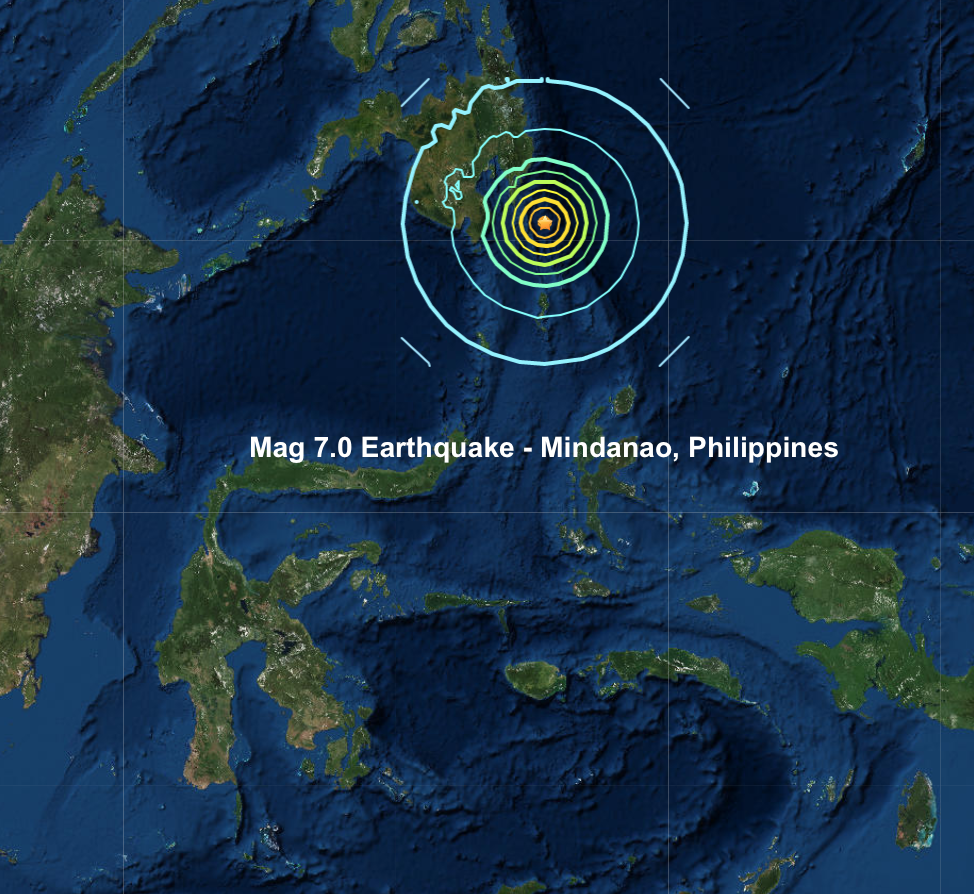 A powerful earthquake of 7.0 magnitude struck off the southern Philippine island of Mindanao on Saturday, raising fears of dangerous tsunami waves across the region but after about two hours, the tsunami warning was withdrawn.
There were no reports of casualties or damage from the earthquake, which the U.S. Geological Survey (USGS) said struck 193 km (120 miles) east of the Philippine city of General Santos, at a depth of 60 km (37 miles).
The Pacific Tsunami Warning Center initially said “hazardous tsunami waves” were possible within 300 km (186 miles) of the epicentre”, along the coasts of the Philippines, Indonesia and the Pacific island nation of Palau.
But about two hours after the quake struck, the centre said there was no longer a tsunami threat.
The USGS initially said the magnitude of the quake was 7.2 but later downgraded it to 7.0
As we approach the end of the year, today's quake is the 133rd major earthquake of 2018 and the 13th of December, incredibly 4 of these were mag 7 or higher this month, which is more than half the total of mag 7 or higher for the whole year of 2017.