A magnitude 6.2 M - Southeast of Easter Island is the 128th major quake of 2018 which will probably be the second lowest total this century after the 111 in 2017 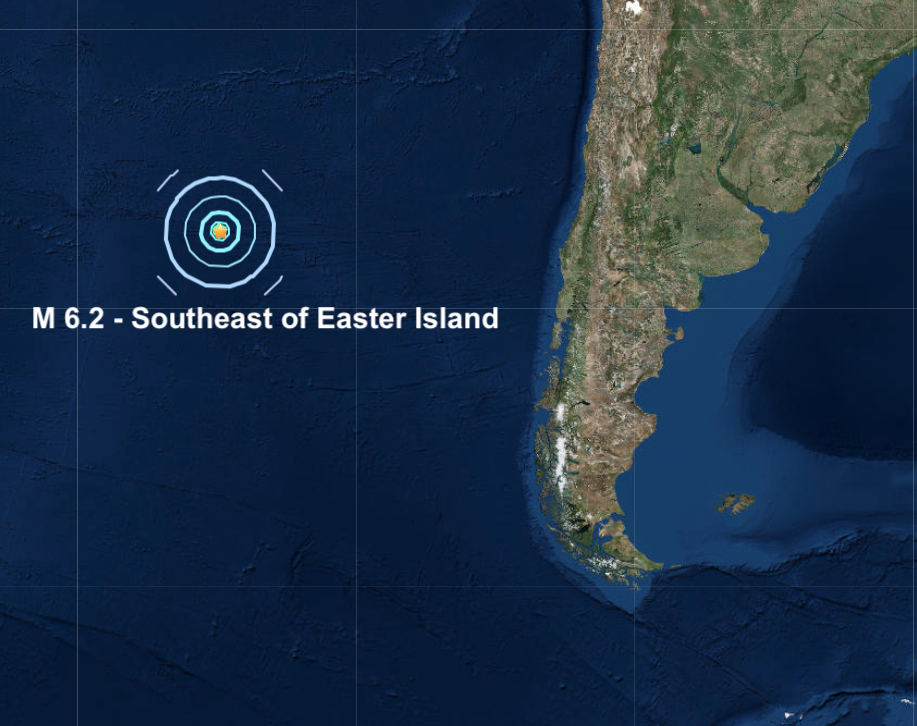 USGS
A magnitude 6.2 M - Southeast of Easter Island is the latest major quake to strike our planet.
With just 12 days left of 2018, it could be the last major quake of this year.
So far 2018 has delivered 128 major quakes which are 17 more than 2017 which recorded the lowest total this century.
This year promises to be a low total too, with less than two weeks to go to the end of the year 128 would be the second least total this century after the low 2017 total.
The actual yearly average total of major quakes per year this century is 158 which is considerably more than 2017 and 2018 (so far), I can't imagine we could have another 30 major quakes in the coming 12 days but you never know.
The year which produced the most major quakes in one year, actualy, the most ever since records began was 2011, with a massive total of 208 closely followed by 2007 with 201.
The biggest quake this year was a magnitude 8.2 - 286km NNE of Ndoi Island, Fiji back in August. 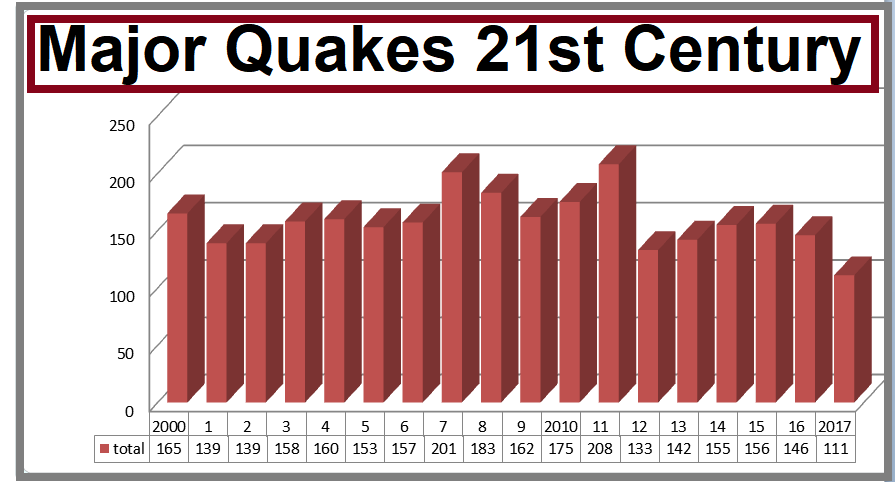