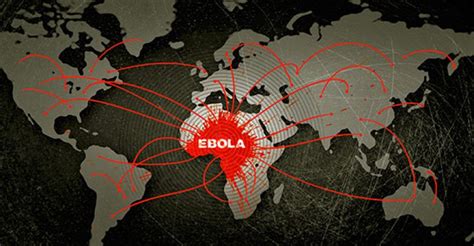 Photo epeak.in
The Ebola outbreak in the Democratic Republic of Congo is of "grave concern" as the death toll soars with 333 confirmed and probable cases and at least 209 people dead with the outbreak expected to last until the middle of 2019, the World Health Organisation has warned.
In a dire warning, the WHO said the current outbreak is expected to last for another six months.
A map released by the World Health Organisation (WHO) shows nine areas in the DRC affected by the Ebola virus.
As the crisis worsens and the DRC suffers the worst Ebola outbreak in its history, the WHO delivered the latest death toll.
The latest data up to Sunday, November 11 showed a total of 333 cases (295 confirmed and 38 probable), including 209 deaths.
In addition, 49 suspect cases are being investigated. Peter Salama, WHO Deputy Director-General for Emergency Preparedness and Response said: "It's very hard to predict timeframes in an outbreak as complicated as this with so many variables that are outside our control, but certainly we're planning on at least another six months before we can declare this outbreak over."
The outbreak has hit the provinces of North Kivu and Ituri heavily with at least 198 dead in the regions sparking fears the hemorrhagic fever will spread to bordering Uganda and Rwanda.
North Kivu and Ituri are among the most populated provinces in the DRC.