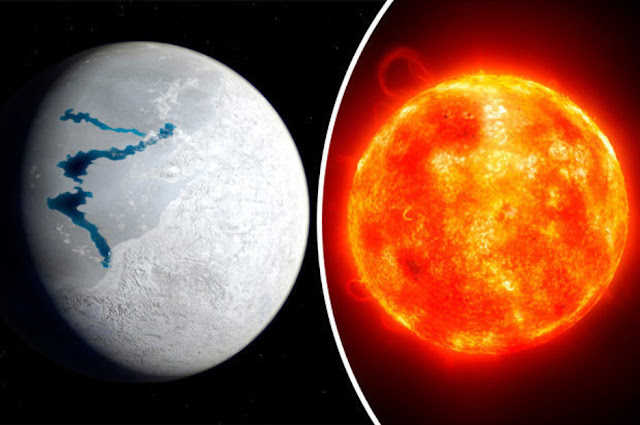 It's time for the global warmers and mini-ice-agers to begin the war of words again...
Thanksgiving to usher in a blast of Arctic air over U.S. Northeast.
It’s time to pull out the heavy winter coat for your post-dinner stroll this Thursday, say NOAA meteorologists.
Thanksgiving Day temperatures will reach only the teens and 20s over much of the Northeast, possibly setting cold records stretching back 100 years.
And it's not just the U.S. and Canada suffering the cold, most of Europe and the British Isles and Ireland are shivering from a blast of Arctic air from "The Beast Of The East."

However, NOAA's monthly global weather report has October 2018 as the 2nd hottest since records began.

Sea ice coverage at the poles still at near-record lows.

Warmth tipped the scales again last month, making it not only the 2nd hottest October on record but also the 4th hottest year to date for the globe, according to a fresh analysis by scientists at NOAA’s National Centers for Environmental Information.

Moreover, the 10 warmest October global temperatures have occurred since 2003.
The last five Octobers (2014-2018) have been the five hottest Octobers on record.

Now let's take a look at some of the highlights from NOAA's monthly global climate report:

Climate by the numbers
October 2018
The average global temperature in October was 1.55 degrees F above the 20th-century average of 57.1 degrees.
This was the second highest temperature for October in the 139-year record (1880-2018).
Last month was also the 42nd consecutive October and the 406th consecutive month with temperatures above average.

The year to date // January through October
The year-to-date (YTD) average global temperature was 1.39 degrees F above the average of 57.4 degrees.
This is the fourth highest on record for the January-through-October period.
Europe had its hottest YTD since continental records began in 1910, logging a global temperature 3.31 degrees F above the average.