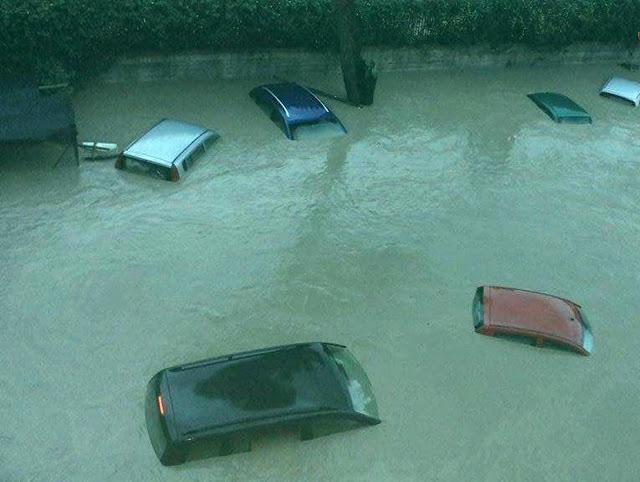 At least 12 people have been killed by severe weather on the island of Sicily, bringing the overall death toll from the storms sweeping Italy to 29, officials said on Sunday.
Torrential rain triggering landslides and floodwaters led to the death of 10 people in the region around Palermo, a spokesman for the Sicilian capital's Prefecture said on Sunday.
"There are still some people missing," he added.
Two more fatalities occurred in the region around the Sicilian town of Agrigento when the car they were travelling in was hit by a landslide, another official said.
Italy's Civil Protection Agency said the number of deaths caused by the wave of bad weather stood at 17, excluding the fatalities in Sicily.
In a tweet on Sunday, Italian Prime Minister Giuseppe Conte said he was leaving to visit Sicily, adding he was also in constant touch with officials on the dramatic situation in the north of the country.
Heavy rains and gale-force winds have been battering Italy for several days, uprooting millions of trees and cutting off villages and roads.
Some of the worst damage has been recorded in the northern regions of Trentino and Veneto.
On Saturday the governor of Veneto, Luca Zaia, said storm damage in the region amounted to at least €1 billion.
The adverse meteorological conditions in Venice were predicted to cause flooding that looked set to reach the levels of the devastating 1966 flood that struck both Venice and Florence.
The flooding also caused possibly irreversible damage to the historic 924-year-old St. Mark's Basilica.
The procurators of the church pointed out that the Basilica has experienced such conditions only once before in the last 100 years.
By mid-week, the levels of flood waters were peaking at 156 cm and had entered the body of the cathedral, damaging the bronze metal doors and columns of the church and submerging its mosaic floors in water for several hours.
The First Procurator Carlo Alberto Tesserin told the local news agency, "The basilica has aged 20 years in just one day.
It is becoming ever more difficult for us and indeed could become impossible for us to repair the damage, especially in the age of climate change."