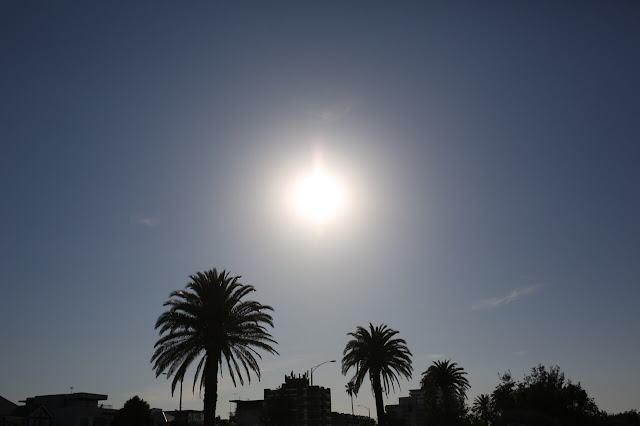 New South Wales is bracing for its first heatwave of the season, and Queensland is poised to break October records, as temperatures soar this weekend.
The Bureau of Meteorology is forecasting 40C temperatures and heatwave conditions for inland parts of both states, following another near-record heatwave across Queensland last week.
Meteorologist Jenny Sturrock said the conditions were being called "an early season record", with summer still a month away.
"Queensland over the last weekend did see some record maximum temperatures for October," she said.
"These kinds of values - into the low 40s - are what we would expect in summer."
The heatwave will primarily affect northern inland NSW and southern Queensland but temperatures in Sydney are also expected to hit 37C on Friday.
On Thursday, Canberra airport is expected to reach 33C, Wagga Wagga 37C and Narrandera airport 39C.
All are close to October records for those locations.
Sturrock said the conditions were due to a build-up of hot air over the north of the country.
"There's been no real cold fronts that have been able to sweep through and flush that out," she said. "This has been what we call a stagnant air mass, that is now going to be dragged over south-eastern parts of the country.
It will reach NSW, some parts of Victoria and South Australia, and to some degree Tasmania."
After the high of Friday, weekend temperatures are expected to drop in Sydney.
Brisbane is expected to reach maximums of 32C on Saturday, Sunday and Monday, and 34C on Tuesday. Parts of Queensland have already sweltered through a heat wave that struck last weekend. Last week, Birdsville, in the state's interior, reached 44.7C, setting a record for its hottest October day.
The bureau has predicted a hot, dry summer.
Forecaster Andrew Watkins told Guardian Australia earlier there was an 80% chance of higher than average temperatures.
"You don't often see odds that high, it's astounding, honestly," he said.
This weekend's heatwave has prompted a fire warning and a message from health authorities to take extra care.
NSW Ambulance chief superintendent Alan Morrison said people should avoid the heat, especially children and the elderly.
"Heat can kill, which is why it's so important to stay hydrated and look out for the elderly, the young and pets," he said.