The enormous 700,000 km-long coronal hole on the Sun is responsible for major quake and volcano activity uptick 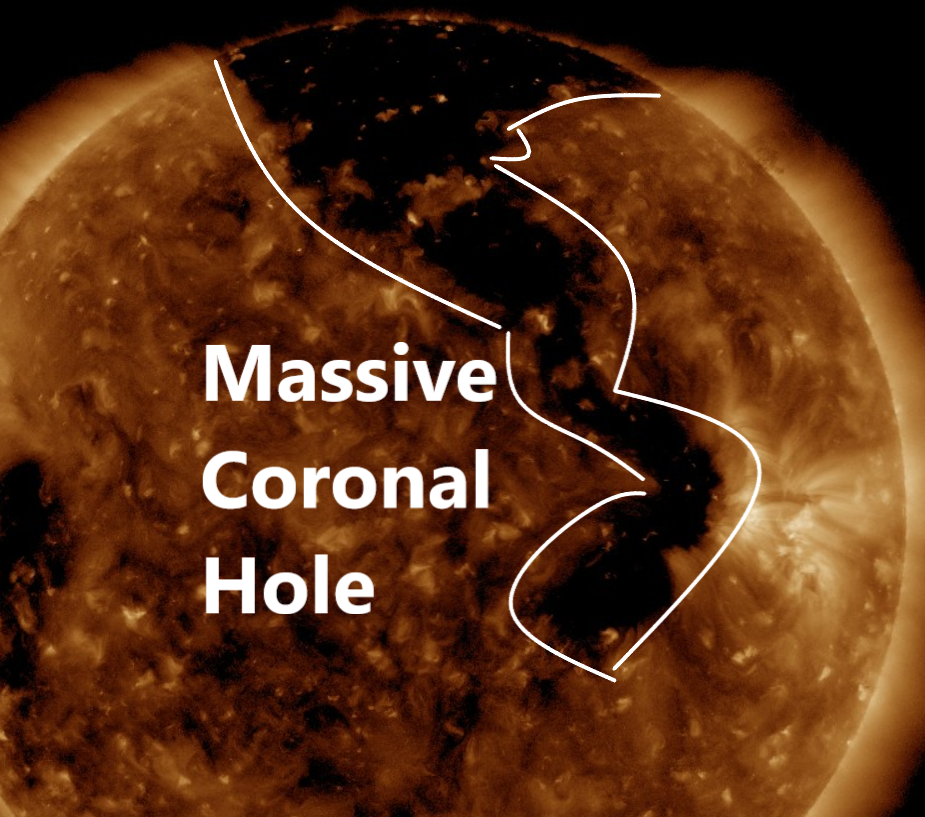 Photo Credit SDO
As Earth is battered by a stream of solar wind flowing from an enormous 700,000 km-long coronal hole it comes as no surprise to me we have had a flurry of major quakes this week after the lowest count so far this century.
Since this massive hole opened up on the Sun around the 10th of August 4 major quakes have been registered across the planet three more than the entire month of June.
Last nights mag 6.6 Earthquake - the Andreanof Islands, Aleutian Islands, Alaska was the 4th major quake in the last 4 days.
On top of the major quakes, we have also had an uptick with volcanic activity with nearly two dozen quakes striking the gigantic Katla volcano in Iceland and Japanese authorities are preparing to evacuate Kuchinoerabujima island after the threat of an eruption as earthquakes and sulphur emissions have suddenly increased dramatically.
According to Spaceweather, minor G1-class geomagnetic storms are possible on Aug. 16th as the stream of fast-moving solar wind is expected to hit Earth's magnetic field.
The gaseous material is flowing from a 700,000 km-long fissure in the sun's atmosphere.
I offer no proof only the fact that most of the major quakes this year, (or any year) occur when a large coronal hole on our Sun turns to face Earth.