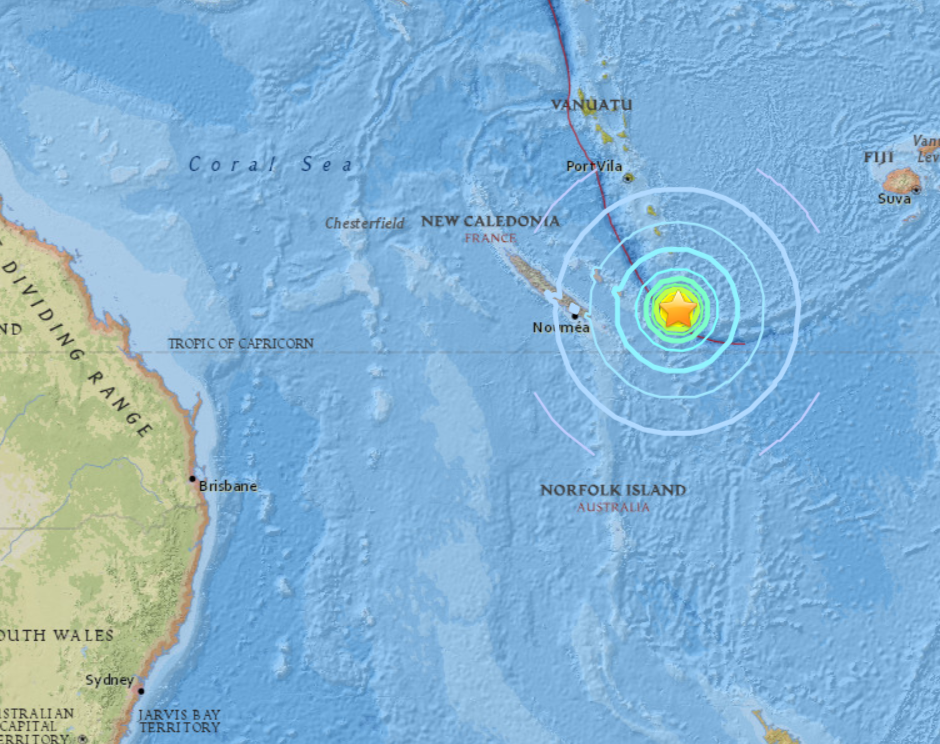 USGS
Two more major quakes were recorded last night, a powerful mag 7.1 rocked southeast of the Loyalty Islands, following a mag 6.4 strike at the Anatahan region, Northern Mariana Islands.
A tsunami wave was observed following the M7.1 earthquake in 22.1 south and 169.9 east.
The earthquake hypocenter was 10 km / 6 miles depth.
The observed tsunami wave height was 27 cm (not dangerous level).
There is currently no information on damage or injuries.
Today's major quakes bring the total in August to 24, easily the most in one month this year with the annual total to 74 so far.