"Catastrophic" health crisis threatening many lives as nearly 20,000 people have been admitted to Iraq hospitals from polluted drinking water 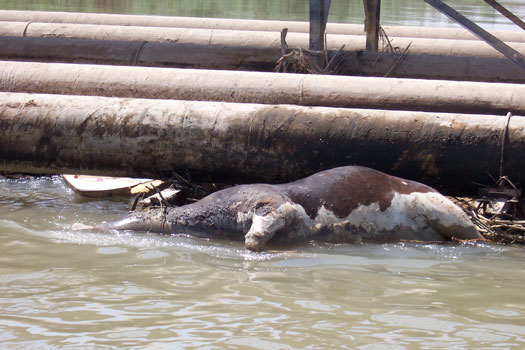 Photo axisoflogic.com
Basra's health authorities said on Wednesday that more than 17,000 people have been admitted to hospitals over illnesses contracted from polluted drinking water.
There has been a surge in illnesses blamed on the lack of clean drinking water in the southern oil-rich province residents and politicians say it is a symptom of the breakdown in public services caused by corruption and years of neglect by the central government in Baghdad.
"Over 17,000 patients have been admitted to local hospitals - 2,600 are suffering from diarrhoea and the rest are suffering from issues related to stomach pains," Alaa Hashim, Basra's Health Ministry spokesman, told The National.
He said most people were treated and dispatched within hours.
"The quality of water in some areas is very poor, some areas in the province do not have access to clean water; no one can drink the water, not even animals," Mr Hashim said.
He said the ministry conducted water tests which found evidence of chemicals, ruling out any bacterial infections.
Waleed Kettan, the head of Basra's provincial council, is warning of a "catastrophic" health crisis, as hospitals in the province struggle to cope with the high number of patients.
"We have prepared [a] report that will explain the catastrophic health situation which is threatening many lives.
The cases of poisoning are being recorded due to the poor quality of water," Mr Kettan. If the central government did not take steps to eliminate the crisis, it would lead to a "disastrous catastrophe", he said.
For the past month-and-a-half, residents of the southern oil province have protested against the municipality's poor financial management, after it failed to provide adequate public services.
Some say this is entrenched in corruption.