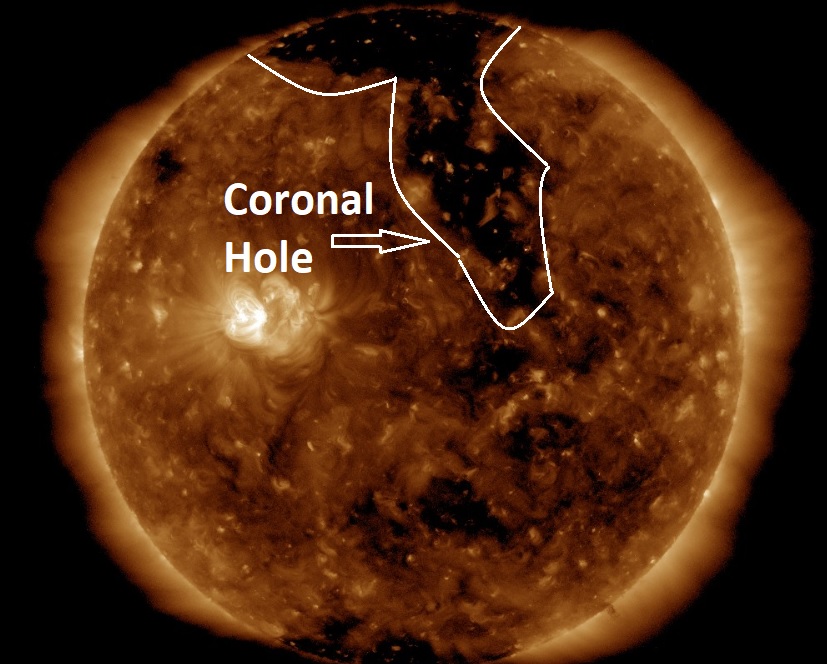 Photo credit SDO
A massive coronal hole has opened up on our Sun and is ejecting solar wind which will buffet Earth's magnetic field around the 19th of June.
42 of the 43 major quakes this year have occurred during coronal activity on the sun this year.
We have had a major quake (mag 6 +) drought here on Earth, 31 DAYS WITHOUT ONE, which must be some kind of a recent record but I'm expecting major quakes in the coming days as the solar wind from the coronal hole blasts Earth's magnetic field at speeds of around 800km/second.
The last major quake to strike our planet was way back on the 18th of May when a Mag 6.2 -  hit the Kermadec Islands north of New Zealand.
According to Spaceweather.com, a stream of solar wind is approaching Earth.
Estimated time of arrival: June 18-19.
The gaseous material is flowing from a hole in the sun's atmosphere, shown here in an extreme UV image from NASA's Solar Dynamics Observatory: This is a coronal hole, a region where the sun's magnetic field opens up and allows solar wind to escape.
Coronal holes are dark because the hot glowing gas formerly contained in them is missing--in this case, nearing our planet.
NOAA forecasters say there is a 25% chance of geomagnetic activity on June 19th as the solar wind buffets Earth's magnetic field.
This will be a minor space weather event. Nevertheless, it could spark polar auroras best seen in the southern hemisphere where winter darkness favors visibility.