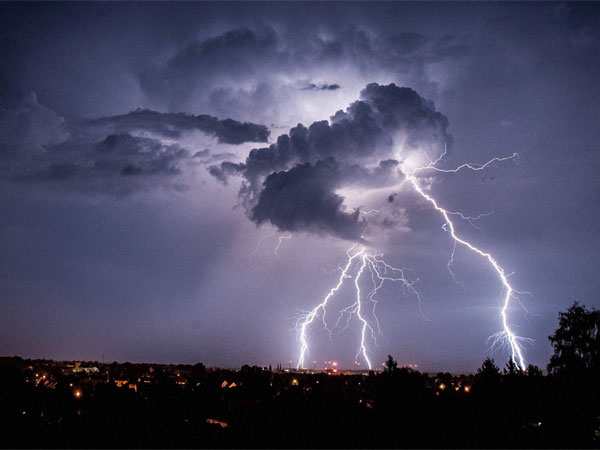 At least 20 people were killed while 35 others injured after thunderstorm lashed the state on Wednesday night.
Sources confirmed here on Thursday that the thunderstorm which struck on Wednesday night claimed six lives in Sitapur, followed by four each in Ambedkarnagar and Gonda, two each in Kannauj and Kaushambi and one each in Faizabad and Hardoi.
As many as 17 were injured in Sitapur, 11 in Faizabad and 7 in Gonda.
Most of the deaths were caused as the houses collapsed.
A report from Sitapur said that a minar of a mosque collapsed during the storms in Biswa area in which an elderly person was killed.
In Sadarpur, a teenager girl and her mother were killed in a house collapse.
Three other deaths were also reported from other parts of the district.
In Gonda, four people were killed including two girls and two senior citizens in Nababganj and Khargupur area in house collapses.
In Ambedkarnagar, four people were killed in tree collapses in two different incidents at Hansawar and Jalalpur area.
In Faizabad, Divisional Commissioner Manoj Mishra said that one person was killed in Mumtaznagar area.
In Ayodhya, an old banyan tree was uprooted in the disputed area.
Meanwhile, Chief Minister Yogi Adityanath has directed the districts concerned to immediately provide relief to the affected families and distribute compensation as per the government rules.
As per the rule, the state government provides Rs 4 lakh as compensation to the family of the deceased.
On the other hand, weather office has alerted more thunderstorms to come in different parts of the state in the next 24 hours.
The weather office has also predicted that the monsoon which arrives by June 15 in the state is likely to be delayed by a couple of days.