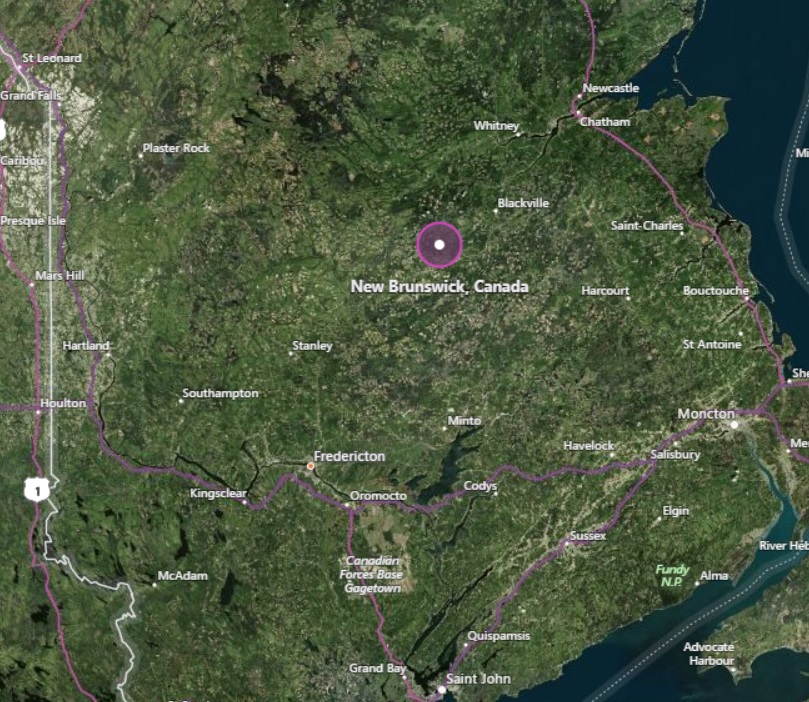 A village in New Brunswick has been shaken by at least 14 earthquakes over the past 17 days -- and nobody knows what's causing them.
"Sometimes, I just think it's a truck going by," McAdam, N.B., resident George Cook told CTV Atlantic.
"It doesn't bother me too much, but the wife gets kind of upset, paranoid.
She'd crawl under the bed if she could!"
According to data from Natural Resources Canada, there have been 23 earthquakes in the province over the past 30 days.
That includes 14 in the vicinity of McAdam between March 27 and April 3 that have ranged in magnitude from 0.2 to 2.6.
"We've had about three, I think, that came in around 2.6 -- so those ones you feel and you hear," McAdam Mayor Ken Stannix told CTV Atlantic.
More than half of the earthquakes, he added, have occurred in the middle of the night.
"So you'd be sleeping in bed and all of a sudden, you'd hear this bang," he explained.
"And you'd sit right up and say, 'There's another one,' and then you'd hear another little bang, bang as they kind of went away."
Occurring at the relatively shallow depth of 600 metres, even the village's smallest earthquakes have been hard to ignore.
"These earthquakes are very close to the surface," retired seismologist Kenneth Burke told CTV Atlantic.
"And that's why people hear them besides feeling them."
This is not the first time the community has trembled like this.
Towards the beginning of 2016, McAdam experienced more than 100 small earthquakes, which shook homes and broke windows.
Like the most recent swarm of tremors, no scientific explanation was ever found.
McAdam sits near the province's western edge, close to its border with Maine.
There are no well-defined fault lines in the area, which makes the earthquakes all the more puzzling to researchers.
"In terms of what is exactly triggering them, this is not understood still," University of New Brunswick geology and engineering professor Karl Butler told CTV Atlantic.
A seismograph does operate from McAdam, sending tremor information on to scientists in Ottawa. Better equipment, Butler suggested, could help solve the mystery.
"In McAdam, we do have a permanent station there, but not a small array like we did previously," Butler said. "So they can't locate the events as accurately." Figuring out what's going on underneath McAdam would likely require significantly more research, Burke added. "So far, no government and no research organization has seen fit to fund such an intensive research effort," he said Natural Resources Canada seismologist Stephen Halchuk does not see any cause for alarm. Small earthquakes, he told The Canadian Press, are not uncommon in southwestern N.B. and there is no indication that there has been an increasing long-term trend. "This low level of activity with the small, magnitude two and smaller events is really not out of the ordinary," Halchuk explained. Despite the ongoing mystery, Stannix said the quakes are no longer rattling his village's inhabitants. "This time around, it's been much less severe," he said. "We're kind of used to them now. (But) in 2016, when they were happening here, in the village office we got a lot of calls from people who were concerned about what was going on."

Late last year The Big Wobble reported A rare late-season toxic algae bloom apparently thriving in cold waters affecting hundreds of acres of productive clam flats in Maine US which is in effect in the same area, this is the first recorded bloom of toxic Pseudo-nitzschia in Casco Bay.
Certain Pseudo-nitzschia species produce domoic acid, which can cause amnesic shellfish poisoning, resulting in nausea, diarrhoea and vomiting, short-term memory loss and seizures. 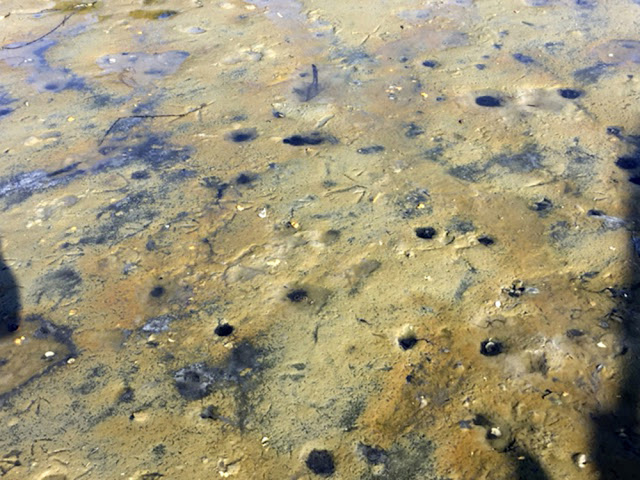 Photo Photo pressherald.com
The only recorded case of domoic acid poisoning occurred in Prince Edward Island in 1987 when three people died and more than 100 became ill after eating tainted blue mussels.
Having a bloom in this part of Maine so late in the season surprised state monitors, said Kohl Kanwit, director of the Marine Resources Department's public health bureau.