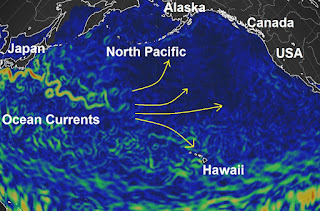 Earthwindmap
Week 10 The Big Wobble Weekly Update: Fukushima the disaster that changed our world forever! Nearly a 30% increase in radiation recorded by Bill Laughing Bear in salmon and halibut since 2012 as TEPCO announce their BIG HOPE the 'ice wall' fails to freeze Fukushima's toxic water buildup.

More massive aftershocks hit Papua New Guinea and a big week for volcano activity, G1-class geomatic electric storm hits Earth and untold millions of dead sea creatures wash up around the coastal beaches of the UK after the severe cold and storm Emma