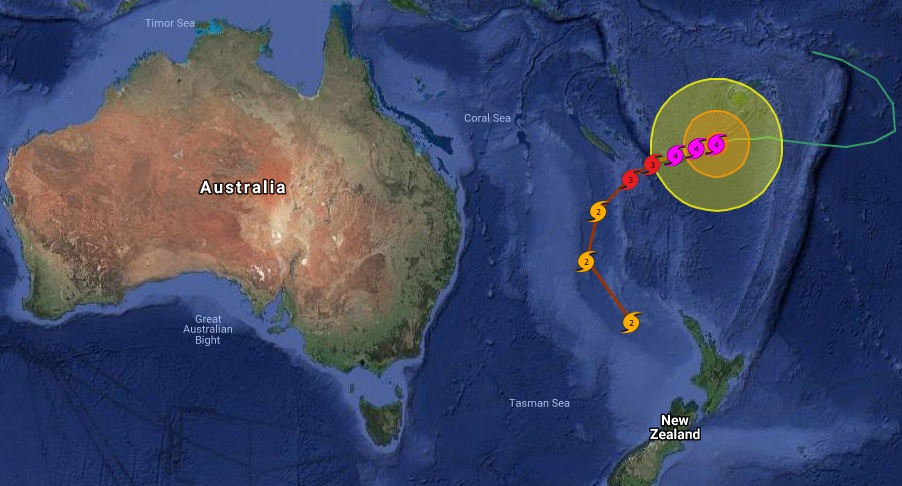 RSOE Alertmap
Tropical cyclone Gita is now the strongest cyclone in 60 years that travelled across the Tonga archipelago in Polynesia.
Cyclone Gita at category 4 is now the most powerful storm of 2018 with staggering wind speeds of 213 km/h and wind gusts of  259 km/h and waves 11 metres high.
The storm has constantly increased its strength since it was declared a Cyclone on the 9th of Feb.
Its current course is Southwest and could power into northern New Zealand around February the 20th.
The storm has caused devastation destroying all in its wake.
The storm is expected to weaken slightly as it heads in the direction of New Caledonia.
Cyclone Gita, which ravaged Tonga on Monday night, has now passed out to sea away from the Southern Lau islands of Fiji.
As the storm raged a magnitude 5.0 struck Lambasa, the northern Fiji island.
All contact has been lost with the Lau islands of Ono-i-Lau and Vatoa as wind gusts of up to 190km/h hammered the islands.
Fiji's National Disaster Managment Office Director Anare Leweniqila confirmed to Fiji News they were unable to make contact the islands.