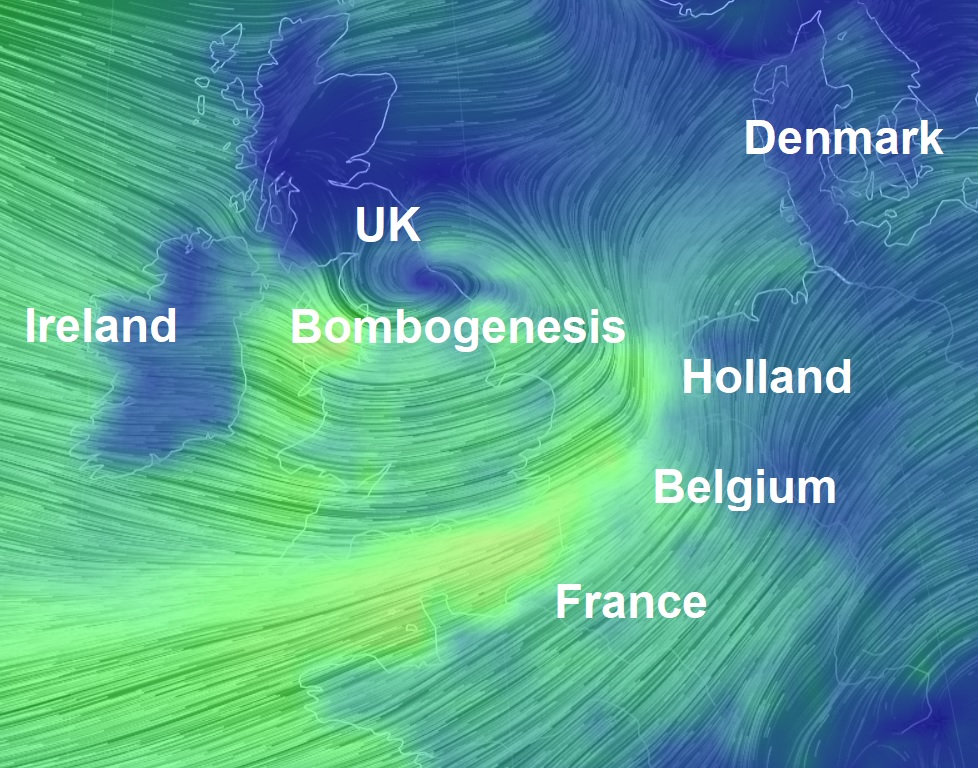 Earthwindmap
The enormous storm factory, The Atlantic Ocean is preparing to batter Ireland, the UK and western Europe with another "BOMBOGENESIS," weather bomb late Wednesday and Thursday.
Out in the Atlantic, a massively deep and deepening depression is heading east toward Ireland and The British Isles and on Thursday is expected to impact north-west Europe.
Winds expected to reach 100mph + causing widespread damage to buildings flooding and loss of power to some areas.
Just two weeks ago Storm Eleanor battered Ireland and the UK with hurricane strength winds causing massive flooding and wind damage and cut power to 200,000 households in northern France.
Thursday's storm is expected to be the sixth named storm of the year.
Both the European and the American model come up with similar cards for the storm on Thursday.
A peripheral fault greatly depletes a storm depression and causes a lot of wind and rain during the day.
There may even be snow at first.
Raymond Klaassen, weather meteorologist is worried for the Netherlands where he is expecting very heavy wind gusts up to more than 150 km/hour which he claims are the strongest winds projected for Holland in a very long time!